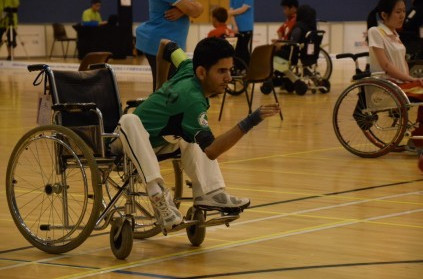 Defending world champions Thailand secured a comfortable team victory in the 2015 Boccia Asia and Oceania Team and Pairs Championships team event thanks to an unbeaten performance in Hong Kong.

The Thai team managed a 100 per cent record throughout the competition on their way to ensuring a successful defence of their crown.

While the destination of the gold medal was obvious, there was an intense battle for the final two podium places as South Korea, China and Japan all claimed three wins each in the group phase.

The final positions therefore had to be decided by points difference and it was the Korean team who were the beneficiaries, securing silver thanks largely to a 10-2 victory over Japan.

The Japanese won bronze by a narrow one-point margin.

The event itself offered vital qualification points for next year’s 2016 Paralympic Games in Rio de Janeiro.

Elsewhere, South Korea were also able to seal a second successive title in the BC3 pairs event as they crushed Singapore 10-0 in the semi-final.

Following that resounding display, they also made light work of the Thai team in the final, cruising to a comprehensive 8-1 success.

Singapore sealed the last available podium place courtesy of a 4-2 triumph against Japan in what was a much tighter contest.

The host nation looked in good touch in the group stage of the BC4 competition as they won their opening three matches, including a 10-0 thrashing of South Korea.

But they came up against a resilient Chinese side who managed to oust the pre-tournament favourites before they built on that success by winning gold, and Hong Kong were forced to settle for third place.

The next major event on the boccia calendar is the 2015 Boccia World Open, due to start in Polish city Poznan on Wednesday (June 17) and conclude the following Sunday (June 21).