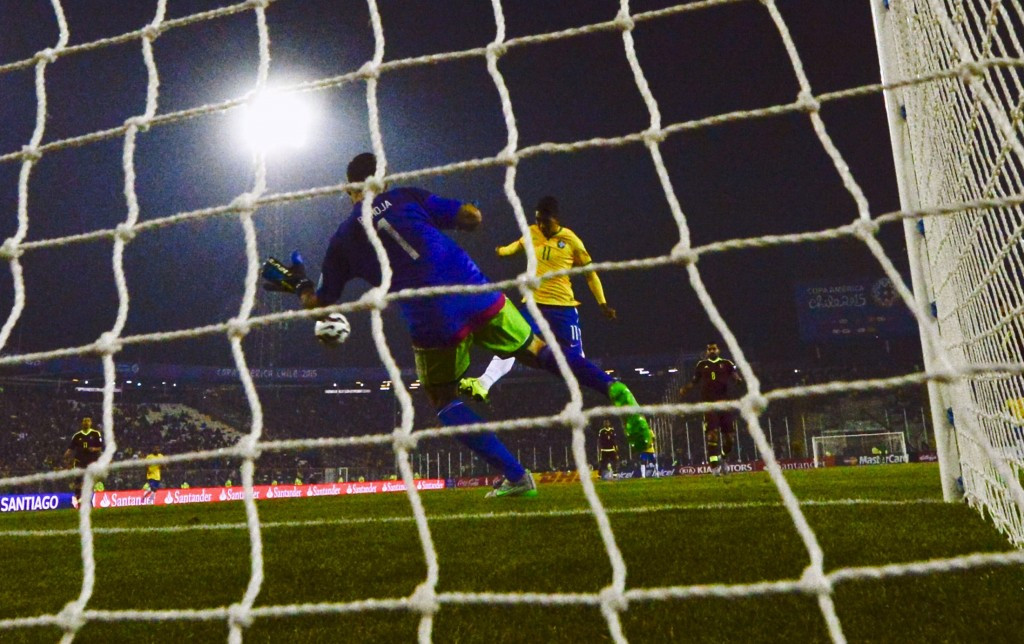 Centre-back Thiago Silva opened the scoring in the 11th minute with a volley from Robinho’s corner, before Roberto Firmino swept home Willian’s cross not long after the interval.

Substitute Miku scored a late consolation for Venezuela, who suffered elimination after ending up bottom of the group.

Watching on from the stands was Brazil captain Neymar, who is appealing against his four-match suspension for being sent off after the final whistle against Colombia on Thursday (June 18).

Although Venezuela goalkeeper Alain Baroja was helpless to keep out Silva’s deadlock breaker, he did well to palm away a downward header from the same player at the start of the second half.

But it was not long before Firmino doubled Brazil’s advantage, following some good work between Willian and Chelsea team-mate Filipe Luis down the left.

Miku set up a nervy-ending when he pounced on a loose ball to nod home, after Brazil goalkeeper Jefferson had diverted a Juan Arango free-kick against the post.

The forward came close to earning his side a quarter-final berth in stoppage time, but was unable to make contact with a cross having pulled away from his marker.

Brazil now go on to face Paraguay in the last eight on Saturday (June 27).

Colombia's Radamel Falcao had the best chance to score in his side's goalless stalemate against Peru in Temuco, but his low shot five minutes into the match was saved by opposition goalkeeper Pedro Gallese.

The Copa América action is set to continue on Wednesday (June 24) with the first quarter-final between hosts Chile and defending champions Uruguay.