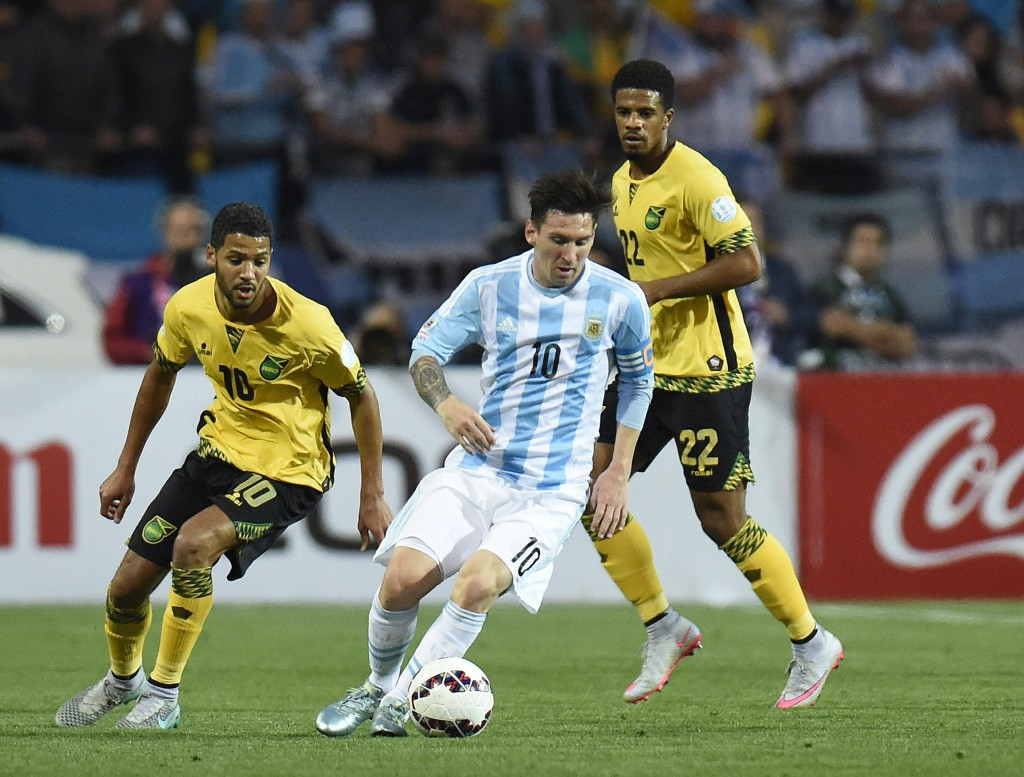 Messi’s fellow forward Gonzalo Higuain scored the decisive goal in the 11th minute, firing the ball home from inside the box.

Despite the win, captain Messi insists his team’s performance level must improve.

Below-par second-half displays are becoming a worry for Argentina, who let a two-goal half-time lead slip against Paraguay in their Copa América opener last week to draw 2-2.

"In the second-half our pace dropped, we played much slower," said Messi.

"We did the same against Paraguay.

“We struggled to find spaces, the pitch was slower.

“I do not know why, but it is true that we ran slower.

"In the knock-out matches we can't let that happen again."

Argentina, who last won the tournament in 1993, will next meet either Ecuador or the third-placed team from Group C, which could see them face Colombia or Brazil in the last eight.

Earlier in the day, Uruguay and Paraguay secured their qualification from Group B after playing out a 1-1 draw in La Serena.

Paraguay striker Lucas Barrios cancelled out Jose Gimenez’s 29th minute opener on the stroke of half-time with both sides scoring through headers from corners.

Group runners-up Paraguay will meet the winners of Group C, which could be Brazil, while Uruguay’s qualification as one of two best-placed third teams pits them up against hosts Chile.

Tomorrow’s Copa América action is due to see the conclusion of Group C with all four teams currently tied on three points.

Colombia face Peru, before Brazil go up against Venezuela with everything to play for.