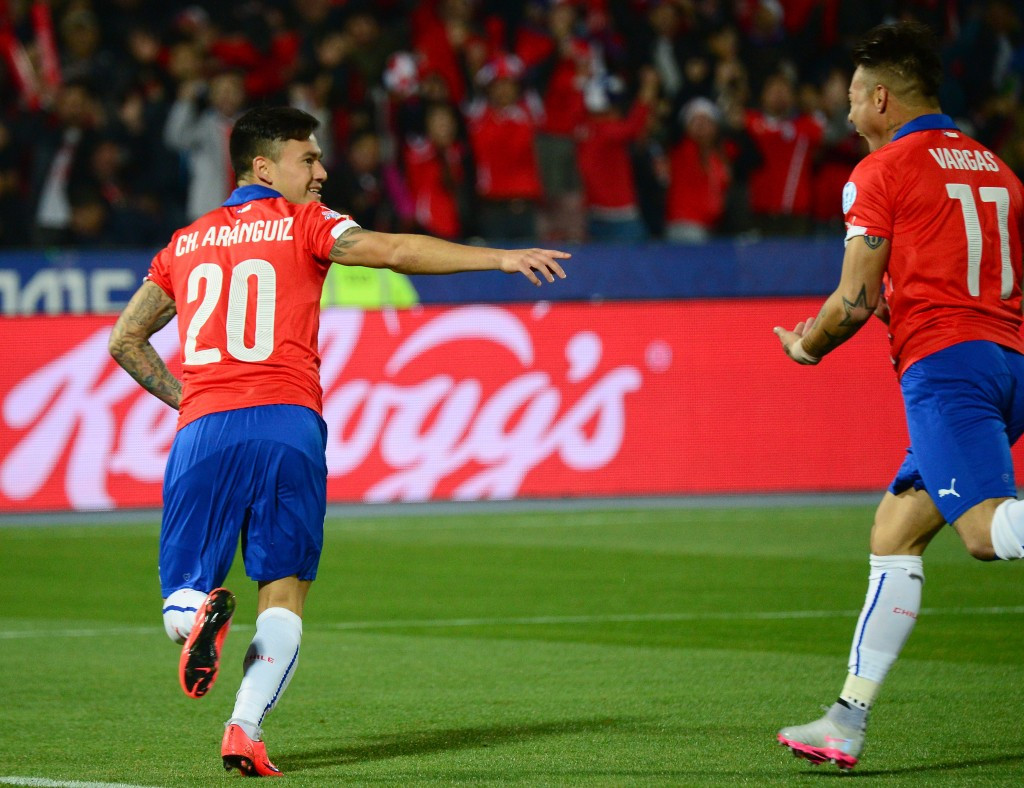 Hosts Chile thrashed Bolivia 5-0 to ensure they qualified for the Copa América knock-out stages as Group A winners.

Striker Charles Aranguiz scored either side of half-time, with Alexis Sanchez’s first goal of the tournament sandwiched in between.

Gary Medel made it 4-0 in the 79th minute before an own goal from Ronaldo Raldes completed the rout.

“To beat the great teams that we will face from now on, the only chance we have is to play the way we played today,'' said Chile coach Jorge Sampaoli.

"We scored five times, and the team has to keep prioritising the attack, but we also need to have some balance when we face a tougher opponent than we faced today."

Both Chile and Bolivia had already secured their place in the last eight before the match had started thanks to Ecuador’s 2-1 win against Mexico earlier in the day.

Ecuador's Enner Valencia provided the assist for Miler Bolaños to score the first-half opener before roles were reversed in the 57th minute when Bolaños set up Valencia to slot home.

Mexico halved the deficit seven minutes later courtesy of a successfully converted penalty from Raul Jimenez, but they were unable to add to their tally and prevent a first-ever loss to Ecuador in the tournament.

Ecuador could still go through to the knock-out stages as one of the two best third-placed finishers.

In other Copa América news, Brazil captain Neymar will miss the rest of the tournament after receiving a four-match suspension for his sending off against Colombia.

The Barcelona forward had already received a yellow card for a deliberate handball when he appeared to aim a headbutt at the game’s only goalscorer, Jeison Murillo, after the final whistle.

He was initially banned for one game, ruling him out of Brazil’s final Group C encounter with Venezuela on Sunday (June 21).

But the punishment has now been increased following the South American Football Confederation’s review of the case.

Colombia's Carlos Bacca, who was also sent off for a retaliatory shove, has been hit with a two-game ban.

Neymar and Bacca both have the right to appeal.

Tomorrow’s Copa América action is due to see the conclusion of Group B as Uruguay face Paraguay and Argentina meet Jamaica.