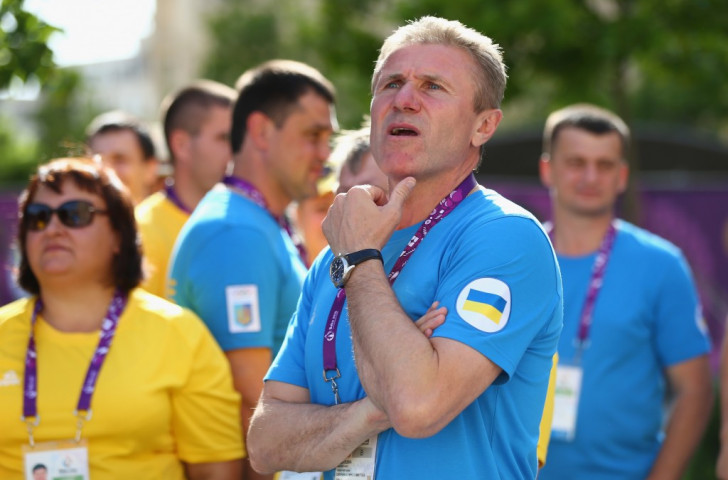 Sergey Bubka has defended his decision to stand for vice-president, as well as President, of the International Association of Athletics Federations (IAAF) on the grounds that athletics "is his life" so he is committed to working for the sport he loves in any capacity he can.

The Ukrainian pole vault legend, who is standing against Britain's Sebastian Coe in a two-horse Presidential race at the IAAF Congress in Beijing on August 19, announced last month that he will also contend one of four vice-presidential positions.

This was a move interpreted by some as an indication he fears he will be unsuccessful with his foremost aim.

But, speaking today during a visit to the shooting competition here at the European Games, Bubka insisted his campaign is going well and that he is fully confident before outlining how he wishes to serve his sport in any way he can.

"This is very simple," he told insidethegames.

“I'm not in athletics not for a position.

"Where I am today is thanks to athletics and I will continue to serve the sport in any position.

"I am an equal and I wish to work with all my colleagues, from the President of a national federation to a volunteer or fan of athletics.

"Athletics is my life.

"As President or vice-president or in neither of these positions, I will continue to serve athletics because I love it.

"I will also continue to serve the Sergey Bubka Sports Club, as well as the National Athletics Federation Executive Board."

Bubka, who unsuccessfully stood against Thomas Bach for the International Olympic Committee Presidency in 2013, has been embarking a hectic travel campaigning schedule over recent weeks, visiting Wuhan, China, for the Asian Athletics Championships as well as Nepal before returning to Europe for an IOC Executive Board meeting in Lausanne.

He claims his campaign is "going well" and that he is receiving "good feedback and support from the Member Federations with regard to the programme and vision and what I am offering".

The 51-year-old also denied the ongoing political conflict in Ukraine, which caused the abandonment of Lviv's bid for the 2022 Winter Olympics and Paralympics last year, will have any negative impact this time around.

"It is not any concern," he insisted to insidethegames.

"For sure there will not be any impact.

"I have strong support from the President of Ukraine, Mr [Petro] Poroshenko, from the Prime Minister, Mr [Arseniy] Yatsenyuk, and from all our sports movement and nation who are totally behind our bid.

"It is a totally different issue."