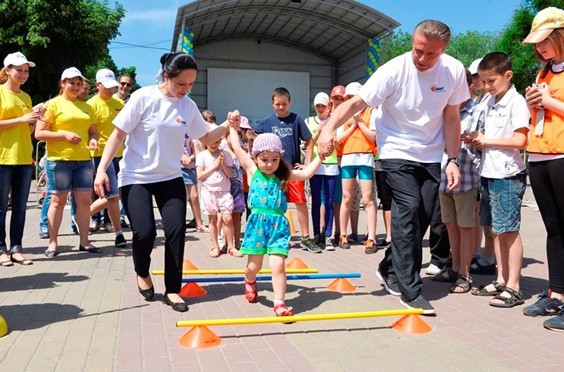 Speaking after meeting with young athletes competing at the Ukraine Junior Team Championships in Kirovohrad, Bubka has also vowed to improve the way technology is used to support youngsters and fans in the sport.

The Ukrainian goes up against Briton Sebastian Coe for the coveted position at the head of the IAAF.

A new President is due to be elected at the IAAF Congress in in Beijing, China on August 19.

“The world is changing and if athletics is to remain one of the top sports on the international sporting calendar, we must adapt to inspire new generations to watch and to compete,” Bubka said.

“That means using social media to communicate with younger generations; providing training courses and support for athletes through their National Federations; and creating scholarships for sports masters post-graduate programmes so that more young people can develop athletics initiatives in their home countries.

“The IAAF must continue to push these messages to today’s youth so that more people get active and I am already committed to doing that through the visits to projects and sports clubs for young people I attend on a regular basis.

“I could see today, World Athletics Day, how much sport inspires young people when they are encouraged to participate.”

Bubka, who won pole vault gold at the 1988 Olympic Games in Seoul, feels the IAAF should be at the “forefront” of technology as he feels there are currently several methods to help support athletes and fans, particularly of the younger generation.

“Technology now means that young people are more connected than ever,” the 51-year-old added.

“I believe that these developments will help coaches, help young athletes and spectators and the IAAF must be at the forefront of technology, producing training programmes that can be used by National Federations to build the engagement athletics has with younger generations.”

Bubka’s manifesto for the IAAF Presidency, entitled Taking Athletics To New Heights, focuses on making track and field more attractive to athletes, broadcasters and fans in a bid to further athletics.

Changes would follow a review process, entitled Vision 2025, in which a series of newly established working groups would report to an Extraordinary Athletics Congress with possible recommendations.