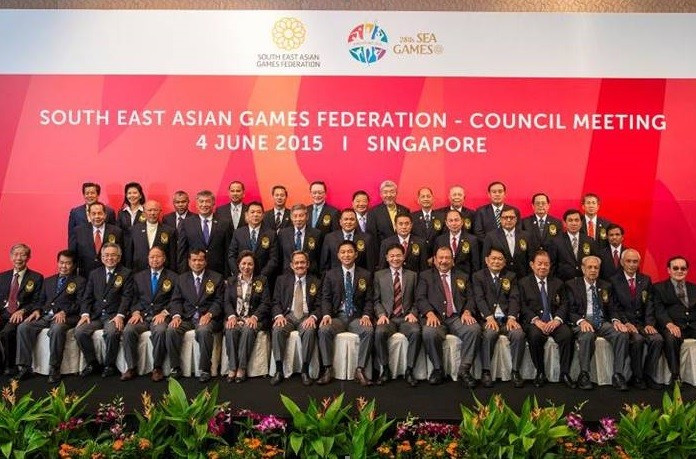 The Brunei Darussalam National Olympic Council (BDNOC) have pulled out of hosting the 2019 Southeast Asian Games, it has been announced.

The country were due to stage the biennial event but they have relinquished their rights, citing a lack of readiness at a South East Asian Games Federation (SEAGF) Council meeting in Singapore.

Philippines are set to step in to take over the hosting of the Games.

At the meeting, held ahead of this year’s Games, due to start tomorrow and last until June 16, it was also announced that two winter sports have been added to the programme for the first time, with ice hockey and ice skating joining the list of category two sports for the event.

Cricket was inducted into the same category, which features 35 sports, while bridge and tarung dejarat, a form of martial arts, have been placed into category three.

Meanwhile, the Olympic Council of Malaysia detailed their plans to host the multi-sport event in two years’ time, which they aim to stage over three states, Selangor, Sabah and Sarawak, in September 2017.

The meeting was attended by delegates from all 11 South East Asian NOCs where the SEAGF Council also welcomed the nomination of Teo Chee Hean, Singapore’s Deputy Prime Minister, as an Honorary Life President of the organisation.

Tan Chuan-Jin, President of the SEA Games Federation and President of Singapore National Olympic Council, admitted he was excited for this year's event to start, the first time they have been held in the country since 1993.

“Singapore is very pleased and excited to host the 28th SEA Games after a 22-year wait,” he said.

“The Games coincides with Singapore’s 50th anniversary and Singaporeans are very excited to be part of the Games and welcome our region’s best athletes to compete here.

“We are grateful to our fellow NOC friends who have stepped in to help us to host the Games in 2007, 2011 and 2013 while we built the Singapore Sports Hub.

“We also appreciate our NOC friends’ support in fielding their athletes in all 402 events in 36 sports at the 28th SEA Games.

“We hope our South East Asian Federation family will enjoy the hospitality of Singapore and wish their teams and athletes all the best at the Games.”