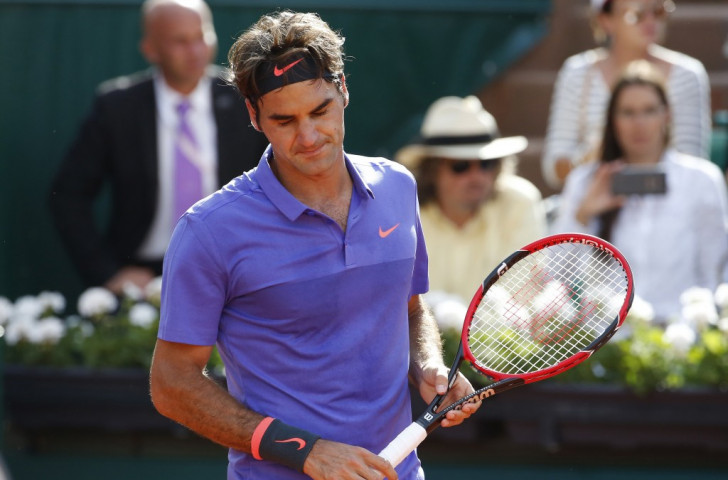 Seventeen-time Grand Slam champion Roger Federer is out of the French Open after he suffered a straight-sets defeat to compatriot Stanislas Wawrinka at Roland Garros in Paris today.

Wawrinka, who won last year’s Australian Open, had never beaten his Swiss team-mate at a Grand Slam, losing their four previous meetings, but he demonstrated why he remains one of the world’s top players with a commanding 6-3, 6-4, 7-6 victory.

The 30-year-old was in inspired form throughout the contest, which many thought may go the distance, to reach the last four at the expense of Federer, who struggled to find his rhythm during the match.

He failed to break serve in a Grand Slam match for the first time since 2002 and his exit from a competition he won back in 2009 was rather tame.

But all the plaudits deservedly should go to Wawrinka, who will face a different test in his first-ever French Open semi-final as he goes up against home favourite Jo-Wilfried Tsonga following his win over hot prospect Kei Nishikori of Japan.

“Today was my best match on clay and it's an incredible moment for me,” Wawrinka said.

“I'm playing good tennis and I'm really pleased to be in Paris semi-finals for the first time.”

Federer meanwhile is already looking ahead to Wimbledon, due to takes place in London from June 29 to July 12, where he will begin his quest for an 18th Grand Slam crown.

“I'm already thinking what I'm going to do the next few days, because Wimbledon is going to be a big goal for the season,” the 33-year-old said.

“That's where I want to play my best.

“I want to win it, and I feel like my game is good.

"It's been solid, it's been positive, and I have just got to keep it up now.”

Tsonga booked a meeting with Wawrinka after overcoming Nishikori with a marathon 6-1, 6-4, 4-6, 3-6, 6-3 win, despite a resilient performance from the Japanese star.

The match itself was briefly suspended after a long rectangular side panel fell on to the crowd, injuring three people as a result.

In the women’s draw, Serbia’s Ana Ivanovic sealed her progression to the last four with a comfortable 6-3, 6-2 victory against Ukraine’s Elina Svitolina in spite of the difficult and blustery conditions.

The seventh seed will battle it out with Lucie Safarova of the Czech Republic, who stunned defending champion Maria Sharapova yesterday, after she continued her impressive displays at the tournament with a 7-6, 6-3 success against Venezuelan Garbine Muguruza.

Tomorrow’s action includes the mouthwatering men’s quarter-final between world number one Novak Djokovic of Serbia and Spain’s nine-time French Open champion Rafael Nadal, seeded sixth at this year’s tournament following a tumultuous year which has been plagued with injuries and inconsistencies.