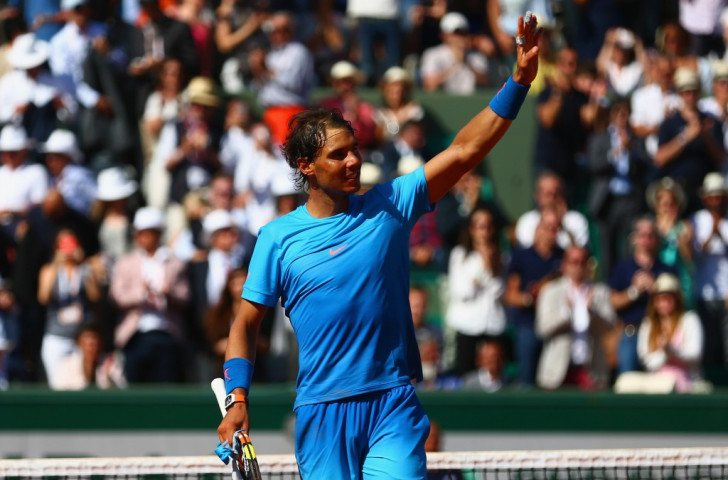 Rafael Nadal, Novak Djokovic and Andy Murray, the dominant trio in the top half of the men's singles draw at the French Open, each eased into the fourth round with respective straight sets victories today at Roland Garros.

The 28-year-old will now face United States' Jack Sock and, with his ranking having dropped due to injury and loss of form in recent months, the Spaniard remains on course for a tantalising quarter-final dual with world number one Novak Djokovic.

The Serb, who has never won the French Open, beat Australian teenager Thanasi Kokkinakis by a 6-4, 6-4, 6-4 margin today.

Third seeded Andy Murray could meet the winner of Nadal and Djokovic in the semi-finals, with the Briton having only reached that stage once before at Roland Garros, when he lost to Nadal in straight sets in 2011.

But, after putting to one side the injury problems which have plagued him on clay in the past, Murray has now won 13 matches in a row on the surface.

Today he overcame another Australian threat in 29th seed Nick Kyrgios, overcoming his opponent's strong serve to triumph 6-4, 6-2, 6-3 in under two hours.

The world number one lost the first set but battled through 3-6 6-4 6-2 in two hours and three minutes.