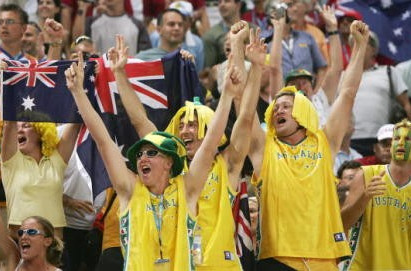 Spectators eager to watch Australian athletes compete at the event, held from August 5 to 21, will be able to purchase individual tickets through CoSport’s website on a first come, first served basis from 10am.

Tickets available include any excess seats left over from the initial ticket request phase as well as those that were confirmed but not purchased, with track cycling, athletics, swimming, hockey and beach volleyball proving particularly popular.

The demand for tickets in the initial phase rivalled that of London 2012 and Australia’s Rio 2016 Chef de Mission Kitty Chiller is hoping they can secure more so that fans aren’t left disappointed.

“Our athletes will appreciate the strong fan support in Rio so please continue to stay engaged as the ticket request phase and live sales tomorrow are only your first opportunities to secure individual tickets for the Games,” she said.

“The Australian Olympic Committee is working closely with CoSport to advocate for greater ticket availability so we can attract the largest possible number of enthusiastic Australian fans in each and every venue.”

Fans can also buy hotel and ticket packages directly through CoSport which guarantees spectators event tickets as well as accommodation.

A range of three and four star hotels are currently available and these packages include breakfast as well as advice and assistance from CoSport staff from arrival to departure.

“The significant demand expressed through the initial ticket request phase confirmed without a doubt that Rio will be the place to be in August 2016,” CoSport President Robert F. Long added.

“CoSport is working closely with the Australian Olympic Committee and Rio 2016 to secure additional ticket inventory so that as many Australian fans as possible can make the journey to Rio.”

Around 7.5 million tickets for Rio 2016 will be made available for sale though only a fraction will be sold to those outside of Brazil, but CoSport are continuing to work with the Organising Committee to request additional seats.