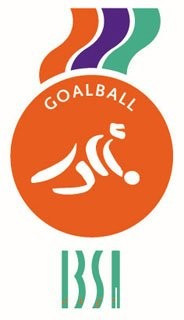 Lithuania and China will do battle for men’s goalball gold at the International Blind Sports Federation (IBSA) World Games after both teams booked their spot in the semi-finals with dominant victories.

The Lithuanian side saw off the challenge of Paralympic bronze medallists Turkey, who earlier in the day had been involved in a fascinating tussle with Japan, securing a commanding 11-7 win.

China, meanwhile, made light work of Sweden, controlling proceedings from start to finish on their way to an 8-1 triumph.

Turkey and Sweden have the chance to ensure a podium finish when they face off in the bronze medal match tomorrow.

The men’s gold medal contest will see Lithuania and China continue their international rivalry as the Chinese side got the better of their opponents on home soil at the 2008 Paralympic Games in Beijing, before the Lithuanian team got revenge by winning the 2010 World Championships in Great Britain.

China will have the change to emerge from the goalball tournaments in Seoul as the dominant nation as their women sealed a place in the final thanks to a thumping 6-0 win over Australia, where they scored three times in each half.

The London 2012 silver medallists will go on to meet Israel for gold after they edged a thrilling contest with Canada 4-3 in what proved to be a topsy-turvy contest.

Israel took the lead before the Canadians then found an equaliser, however, they then succumbed to two consecutive strikes at which point they had left themselves too much to do to claw their way back into the match.

Canada however will be able to finish on a high if they can overcome the Australians when the two countries compete for bronze.

The 5th World Games is due to conclude tomorrow in the South Korean capital.