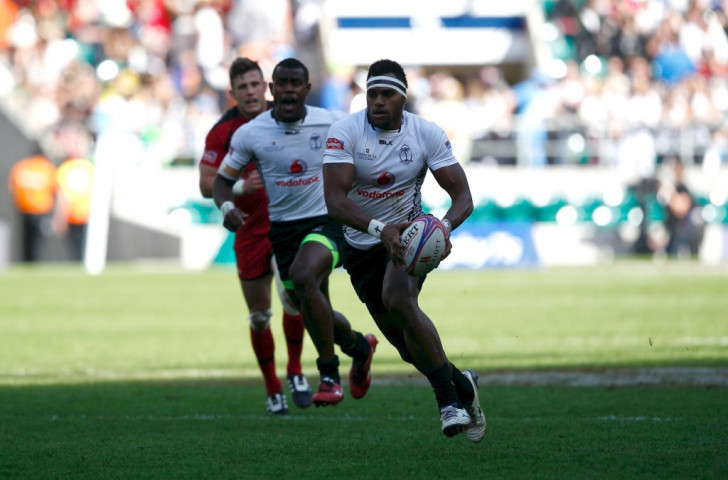 Fiji will have the chance to seal the World Rugby Sevens Series title tomorrow when they do battle with second-placed South Africa on the final day of the season at Twickenham.

The Fijians, who currently sit top of the leaderboard on 147 points, will be crowned champions if they can beat the "Blitzboks", who suffered a shock defeat to the United States in their pool earlier today, in the last eight.

Ben Ryan’s side also maintained their 100 per cent pool record in London by beating Canada, Samoa and Argentina, and the Fiji boss is hoping they can complete the job tomorrow.

“It will give us an outcome,” Ryan said.

“We win tomorrow morning, we win the world title - simple as that.

“It's good to be in control of our own destiny.

“We are in a Cup final tomorrow, anything after that is irrelevant really.”

It also proved to be a successful day for England, who booked a 2016 Olympic Games quota place for Team GB by virtue of reaching the quarter-finals with a thumping 56-7 win over Brazil, which ensured they will finish in the top four.

They will join the likes of New Zealand, Fiji and South Africa, who all sealed their Rio 2016 spot at the last Series event in Glasgow, as well as hosts Brazil in being part of rugby sevens’ debut on the Olympic stage.

“It’s fantastic to welcome rugby sevens to Team GB and it’s hugely exciting to know that will be represented in the sport at an Olympic Games for the first time,” Team GB Chef de Mission Mark England said.

"To secure the quota places here in London at the end of the first qualification phase is a great achievement and we can now look forward to Rio 2016 next summer.”

In what was another superb day of rugby sevens competition played out in front of a capacity crowd, things largely went to plan for the Fijians, however they did have to come from behind twice before eventually beating Argentina 24-19.

South Africa meanwhile looked on course to top pool D before they slipped to a surprise 21-12 defeat at the hands of the United States, which set up a tantalising quarter-final meeting with Fiji.

Hosts England, sure to be backed by a raucous home crowd at Twickenham, take on New Zealand in the last eight while Scotland play Canada, and the other clash sees the American side entertain Canada.

By virtue of their failure to make it out of the pool stage, Japan’s relegation has been confirmed and they will be replaced in next season’s Sevens World Series by Russia.