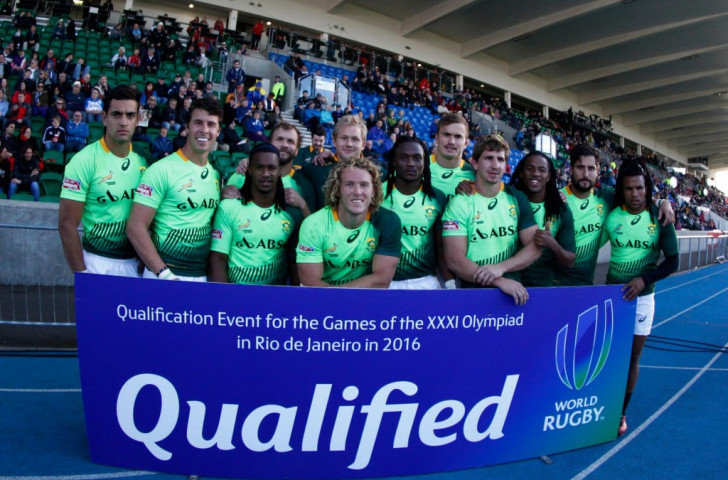 Fiji and South Africa both secured qualification for the 2016 Olympic Games in Rio de Janeiro by reaching the quarter-finals of the eighth HSBC Sevens World Series event of the season at the Scotstoun Stadium in Glasgow.

The two sides will now meet in a mouthwatering last eight clash tomorrow after the Blitzboks, who currently lead the overall Series, could only finish second in their pool following a pulsating 24-19 defeat to New Zealand.

“We are very privileged to have made it this far.

“We have worked hard this season to qualify and it’s an historical event for the game of sevens to be in the Olympics.

Fiji, currently ranked second on the overall leaderboard, enjoyed a more successful day as they topped their pool with a 100 per cent record, a feat matched only by the All-Blacks.

By virtue of Scotland’s 12-7 victory over Wales, which saw the hosts reach the Cup competition quarter-finals, the Fijians also secured their vital Olympic qualification berth.

New Zealand’s dominant performance on the opening day ensures they will face Scotland in the quarter-finals after they topped Pool B, adding to their superb win over the Series leaders by beating Kenya and Samoa.

The other last eight contest sees England, victorious at the last Series event in Tokyo, entertain Canada, while Australia face the United States.

On what was an enthralling day of action, the South African side managed to achieve one of the principal aims of the Sevens World Series as they became the first team to seal their Rio 2016 spot.

Attention for them now turns to the Sevens World Series overall title with this season’s competition set to provide one of the most dramatic finales in the history of the sport.

The top three teams - South Africa, Fiji and New Zealand - are all separated by just nine points, meaning the Glasgow event could have a big say in the destination of the Sevens World Series crown.

The event in the Scottish capital concludes tomorrow with the quarter-finals, semi-finals and finals.