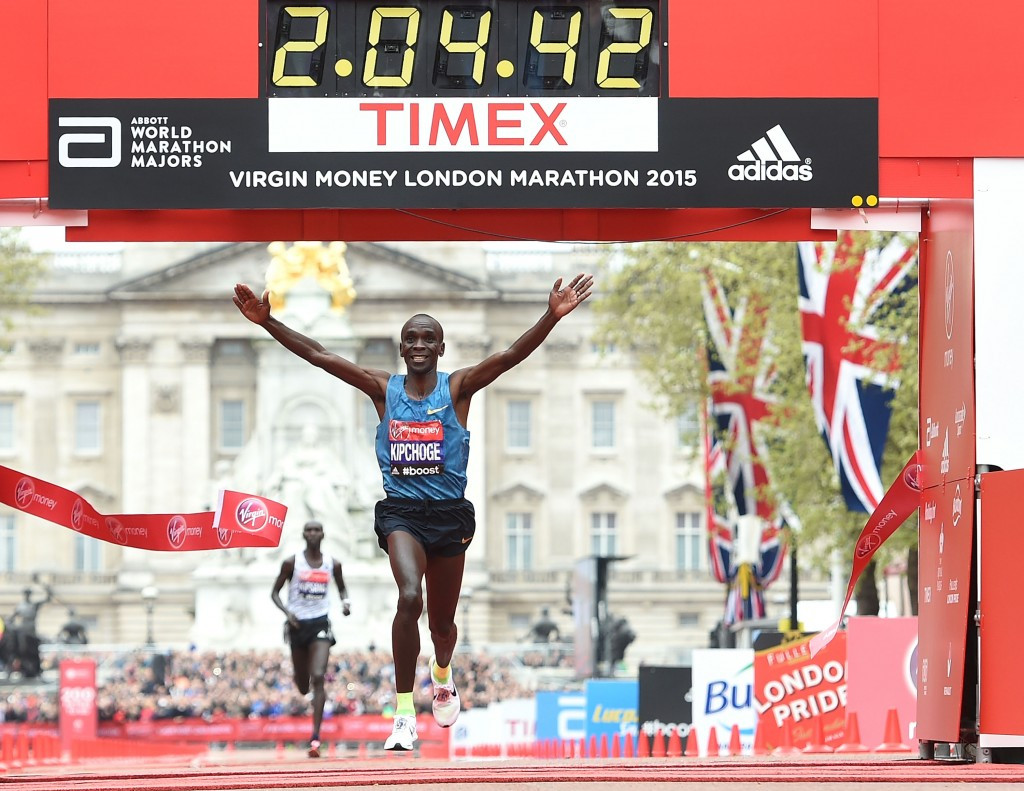 Kenya's Eliud Kipchoge surprised the rest of the field by storming to a confident victory in the men’s elite race here at the London Marathon, while Ethiopia's Tigist Tufa took the women’s honours today.

Kipchoge, a former world champion on the track, proved too quick for compatriot Wilson Kipsang as he timed his late kick perfectly before crossing the line in a time of 2 hours, 4 minutes and 42 seconds.

Defending champion Kipsang took second as he finished five seconds adrift of the winning time, while current marathon world record holder Dennis Kimetto was third as he clocked 2:05:50 to complete a clean sweep of the podium for Kenya.

The race was billed as a straight shootout between Kipsang and Kimetto, who were competing against each other for the first time, but it was another Kenyan who surged to a well-deserved triumph.

“This is a major championships and it was like an Olympic Games,” Kipchoge said.

“To only have 500 metres to go and be next to someone like Kipsang shows this is a major competition.

“I think I was underrated and the race was good and it went to plan.”

In the women’s race, Tufa comfortably beat two-time champion Mary Keitany of Kenya with a time of 2:23:22.

Fellow Ethiopian Tirfi Tsegaye was third as she and Keitany could not live with the well-timed move made by Tufa, who claimed her maiden London Marathon title in superb style.

Tufa was within a pack of nine athletes with three miles to go but her and team mate Tsegaye launched a calculated move, which proved too hot for the rest of the field to handle.

She then left her compatriot lagging far behind, entering the final straight almost on her own before breaking the red tape to seal what many will view as a surprise success.

“I've always dreamed about winning the London Marathon and I can't say how happy I am that this has come true,” Tufa said.

“I found it a very slow race until the end and I was pushed.”

This year's race is set to be the last in the distinguished career of world record holder Paula Radcliffe of Great Britain, who entered in the mass participation event and finished in a time of 2:36:55 to the delight of the fans who lined the streets to give her a superb send-off.

A clearly-emotional Radcliffe crossed the line hand in hand with a club runner she had met during the 26.2 mile course, repeating the gesture made by American Dick Beardsley and Norwegian Inge Simonsen in the first London Marathon in 1981.