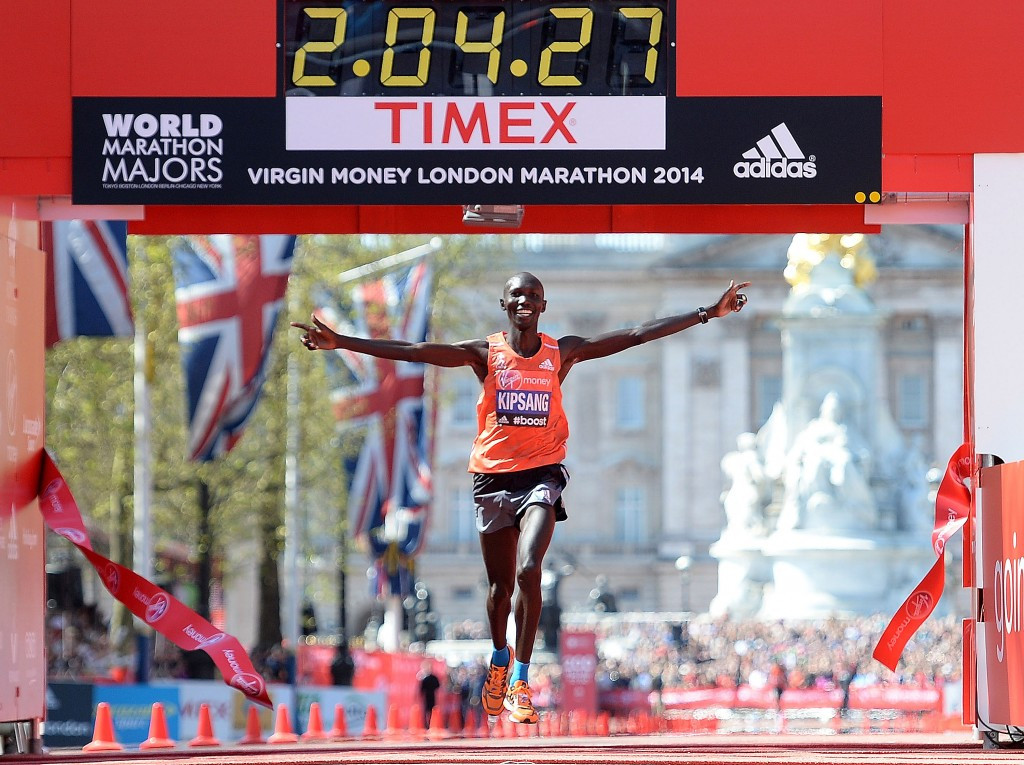 Defending champion Wilson Kipsang of Kenya insists his focus is on retaining his title rather than setting a world record at this weekend’s eagerly-anticipated Virgin Money London Marathon.

Speaking at a pre-race press conference here, Kipsang, winner of last year's event in a time of 2 hours 04min 29sec, is expecting a rapid race as the field features a host of top names.

His strongest challenge is likely to come from compatriot and world record holder Dennis Kimetto, a late-comer to the sport making his debut in the race on Sunday (April 26).

Kimetto claimed he did not start properly training to be a marathon runner until 2008, and his first race came in Dubai in 2012.

He has won his three marathons, at Tokyo and Chicago in 2013 and last year in Berlin, where he set the world record of 2:02:57, making him the first runner to go under 2:03 for the distance.

The two countrymen have never competed against each other at the London Marathon before and Kipsang is relishing the task of facing his team mate.

“It’s going to be a very quick race and I’m expecting a very big challenge from him,” said the 33-year-old.

“It will be very tactical so I will be seeing what the other athletes are doing.

“Sometimes it is more interesting to have guys like this all racing together.

“My main aim is not to break the world record but to retain the title.”

The experienced Kenyan is likely to have his work cut out however as the field is widely-regarded as one of the strongest in the race’s history with five of the all-time top 10 quickest runners will be on the start line.

Alongside Kipsang and Kimetto, fellow Kenyan Stanley Biwott, second in London last year, as well as 2011 winner Emmanuel Mutai, who ran the second-fastest time of 2:03:13 when he finished behind Kimetto in Berlin.

Britain’s Scott Overall claimed the quality of the field is one of the main reasons for the lack of home athletes in this year’s race.

“When you compete in races like this you want to be competitive and with the times some of the Kenyans are running it is very difficult to do that,” he said.

“When I started running in the race you felt like you could get top five or top 10 but that just isn’t the case now.”