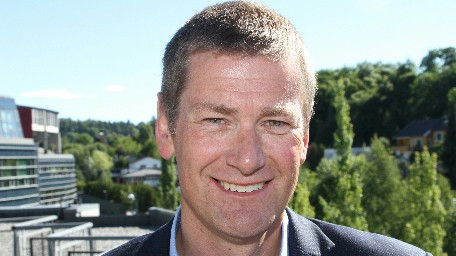 1)    Why has it taken so long for Europe to stage its first continental Games?

I have little knowledge about the process leading to stage continental Games in Europe, but now they are here and it will be very interesting to see how Europe will respond, both when it comes to the competitions, the organisation, and media and public interest.

2)    What makes Baku the perfect host city to stage the inaugural European Games?

The most important thing about hosting complex sports Games is that the competitions are fair and well organised, and of course that everything related to the athletes is structured, such as travelling, accommodation, food and transport. Secondly everybody is hoping for nice hospitality and good atmospheres at the arenas.

3)    How big do you think your team for Baku 2015 will be and how many sports will you be represented in?

We are hoping that Team Norway will be represented in 12 to 13 sports with approximately 65 athletes.

4)    How important is it for the success and appeal of the European Games that some sports afford athletes the opportunity to qualify for Olympic Games?

For all the athletes aiming to qualify for Rio 2016, every opportunity to qualify is important. Our experience is that there is strong motivation among athletes who have the chance of directly qualifying for Rio.

5)    What is the significance of the Games for the European Olympic Movement and how confident are you that they will become sport’s flagship event on the continent?

This is difficult to answer before the Games. Our experience so far is that athletes who are not competing in the Olympic Games, or are not able to qualify, are looking at the European Games as a good opportunity to experience a big multi-event Games.

6)    How impressed have you been by the facilities to be used for the European Games and the work of the Baku 2015 Organising Committee in ensuring their delivery and readiness?

I visited Baku at an early stage of the preparations and got the impression that the planning and organisation of the Games was well taken care of by experienced people from all over the world.

7)    Are there any sports not represented that you would like to see in the European Games?

I am sure there has been political discussions about what sports should be represented in European Games, and if the Games should be as identic to Summer Olympics as possible. Norway has Summer Olympic traditions in sports such as rowing, sailing, handball and athletics, but we realise that it is difficult to harmonise all sports to existing competition schedules.

8)    How symbolic is it that the first ever European Games will take place in a country that has experienced a major re-birth of its own since gaining independence in 1991?

For me, this is a major sports event independent of the political circumstances.

9)    How interested do you think the public in your country will be in the Games?

This is very difficult to answer since it is still unknown what the European Games actually will be. We know there are challenges conveying TV rights and there are also few national media from our country accredited so far, but we are doing our best to promote the Games to our national media.

I am looking forward to leading a team of hard working athletes and devoted coaches, and facilitating Team Norway so the athletes are in a position to reach their potential.