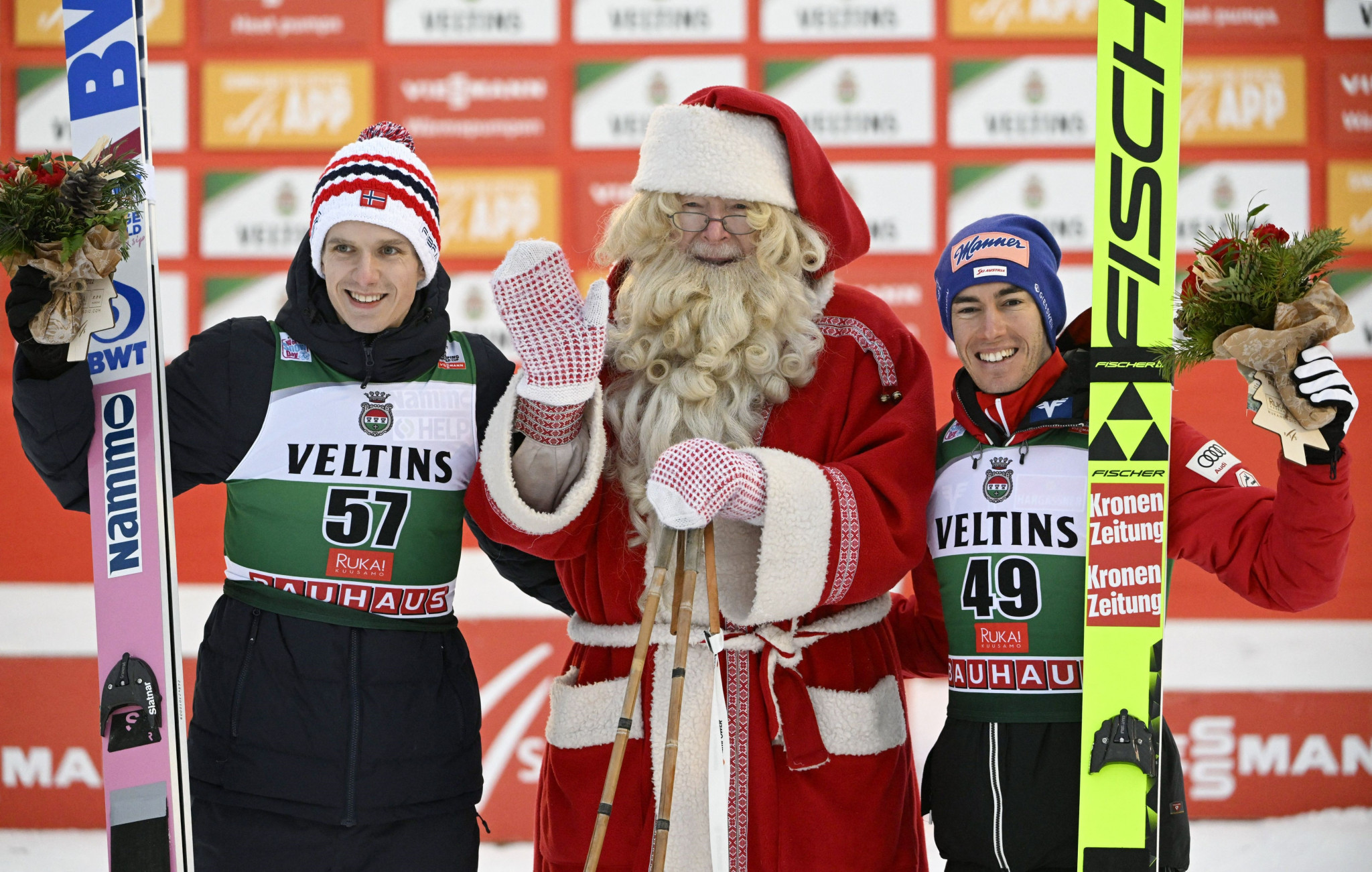 Nothing could separate the two jumpers as they both finished on 304.5 points to share the win on the second day of action in the Finnish resort.

Kraft and Granerud were in fourth and fifth place ,respectively, before pulling off superb final jumps to take a share of the spoils.

But Kubacki failed to back that up in the second run as he slipped to sixth in the standings, while Kraft and Granerud left their best until last.

Granerud landed 145m before Kraft notched 147m to draw level on points scored as they both picked up gold.

The bronze medal went to Japan's Naoki Nakamura who jumped 144m and 139.5m.

Slovenia’s Anže Lanišek was unable to repeat yesterday's superb performance that saw him claim victory as he came fourth.

Kubacki remains at the top of the overall standings with 290 points after winning two of the first four legs.

Kraft has moved up to second with 285 points, while Lanišek sits third on 236.

The FIS Ski Jumping World Cup season is set to resume in Titsee-Neustadt in Germany with events scheduled to be held on December 9 and 11.