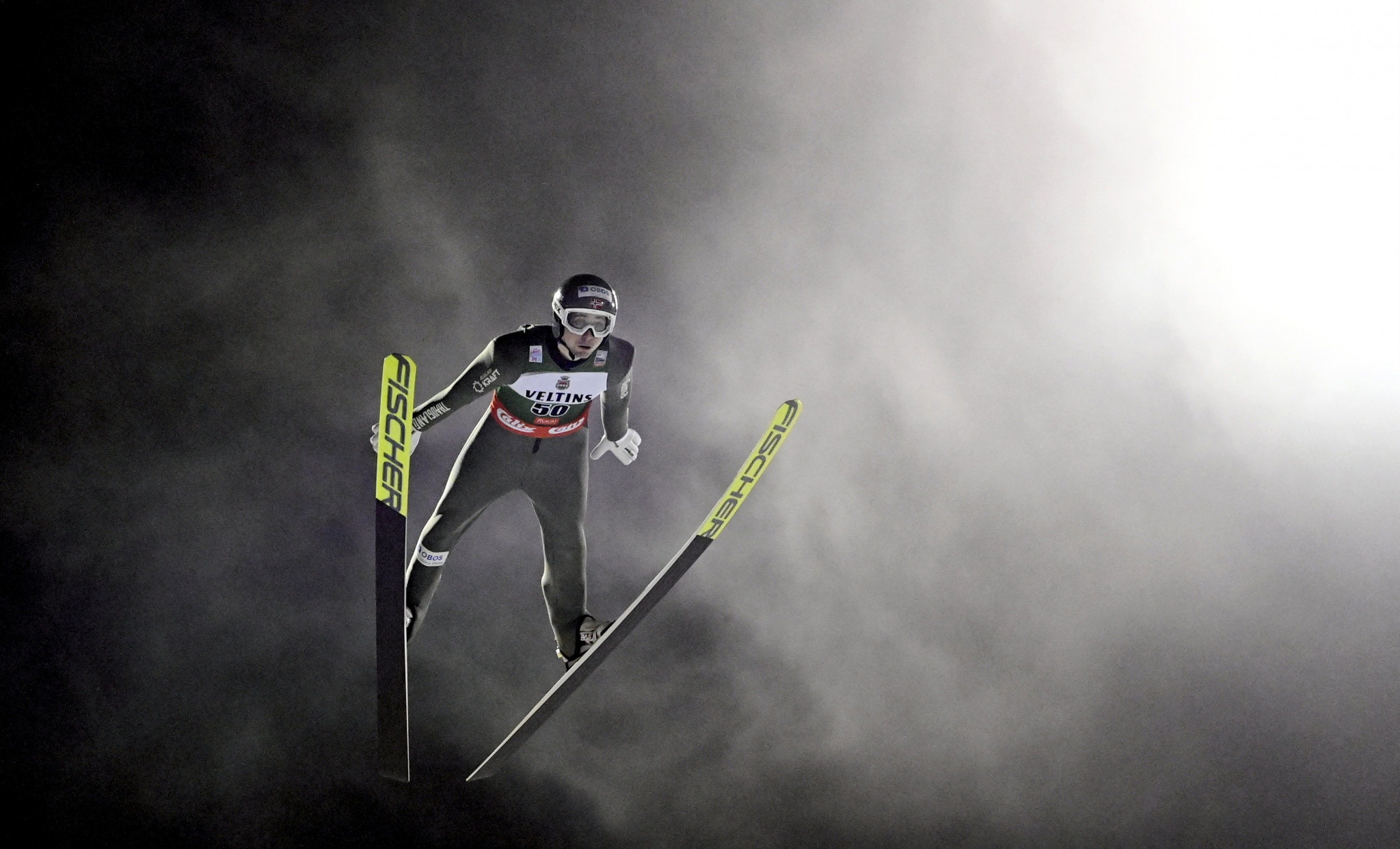 The Norwegian was fastest in the cross-country race over 10 kilometres and then had the second-best ski jump to secure a commanding win.

Compatriot Jens Lurås Oftebro was within a second of Riiber's time, so breathing down his neck as the athletes headed to the Finnish venue's large hill.

However, Riiber jumped well to leave the rest of the field trailing in his wake - as has been the case for much of the last four seasons.

Frenchman Matteo Baud was second, thanks to a jump of equal distance to Riiber's.

The 20-year-old had never finished in the top five in a World Cup contest before.

Japan's Ryota Yamamoto was third - his second podium finish of the weekend.

Oftebro, the Olympic runner-up on the large hill, dropped to fourth with a sub-par jump and Julian Schmid - yesterday's runner-up and the winner the day before that - completed the top five.

Schmid remains the men's World Cup leader, with 225 points, but Riiber is now just seven behind.

Yamamoto is third with 190 points.

Riiber is seeking a fifth crystal globe in a row.