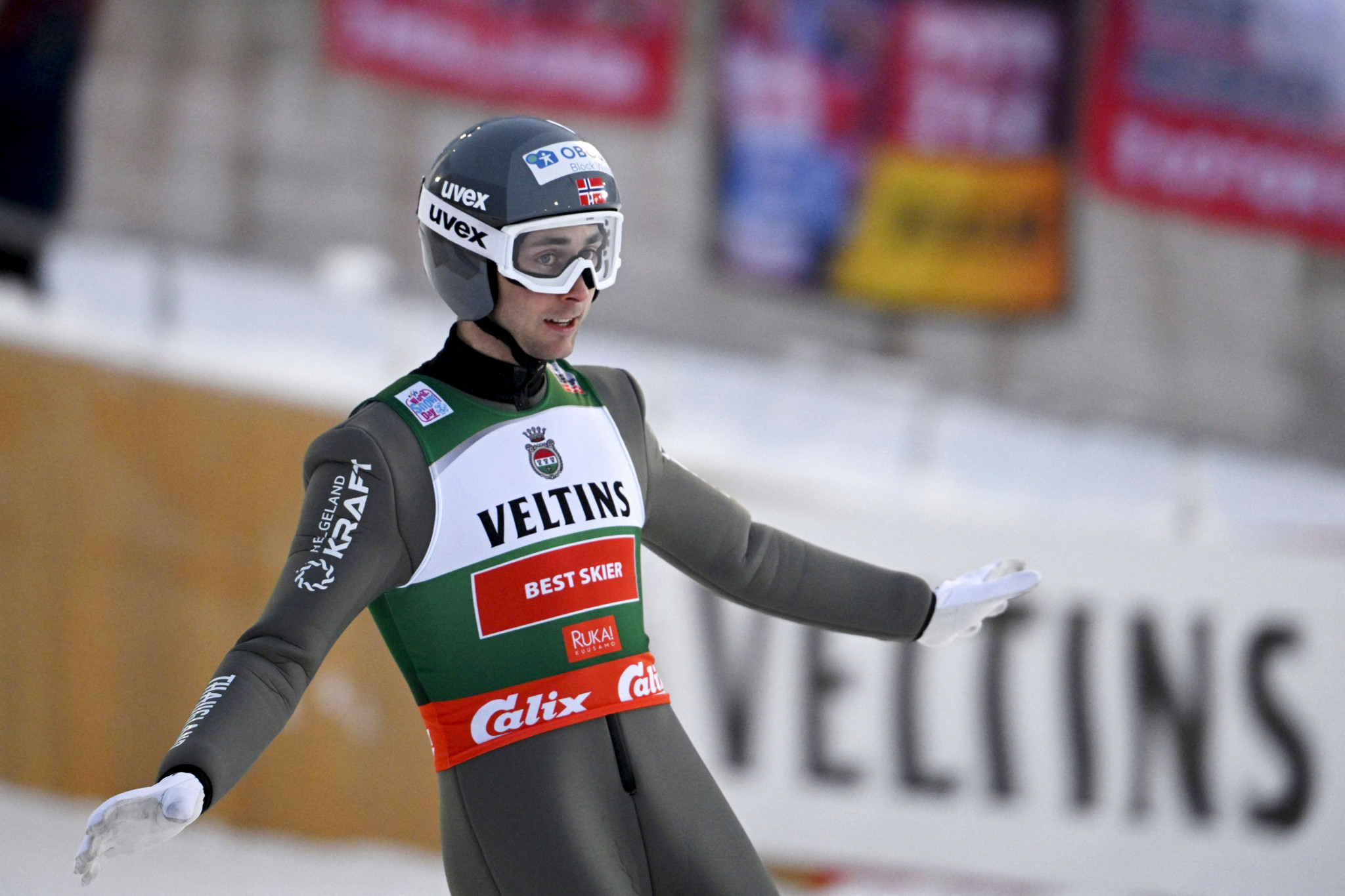 Jarl Magnus Riiber returned to winning ways in the second Gundersen of the Nordic Combined World Cup season in Ruka.

The Norwegian had the third-best ski jump on the Finnish venue's large hill - clearing 136 metres for 143 points - but still started the 10 kilometres of cross-country skiing 42 seconds behind halfway leader Ryota Yamamoto.

The Japanese athlete jumped 141m and scored 153.4 points to take a lead of more than half a minute into the cross-country portion, but as was the case yesterday Yamamoto could not hold on.

Riiber was not skiing at his absolute best, but still was able to overtake Yamamoto and Austria's Stefan Rettenegger - second after the jumping - en route to a convincing victory.

Riiber, who is seeking a fifth crystal globe in a row, crossed the line 10.4sec in front of his nearest rival, Julian Schmid.

For Riiber, this is a record 50th Nordic Combined World Cup victory.

141 meters and a 31 sec lead for #RyotaYamamoto at todays second competition of the Ruka Opening Tour!

Olympic runner-up Jens Lurås Oftebro from Norway was third for the second day running, 12.4sec back from Riiber.

Yamamoto was fourth and Rettenegger completed the top five.

A mass start and large hill event is scheduled tomorrow.