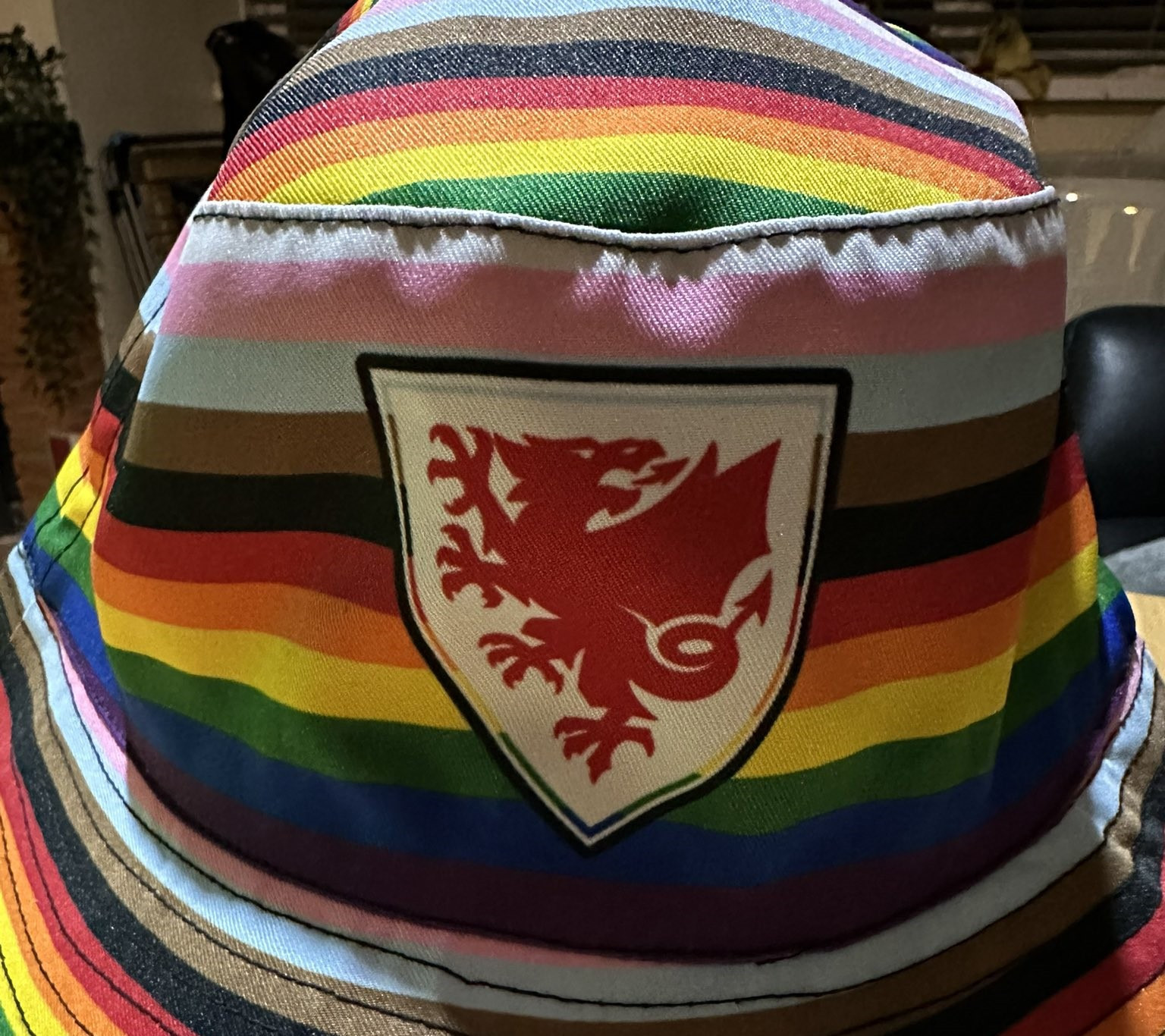 The Football Association of Wales (FAW) has said that it is "extremely disappointed" after fans were allegedly told to remove rainbow bucket hats, worn in solidarity with the LGBTQ+ community, prior to the country's match with the United States.

Wales supporters claimed the clothing was confiscated before the two sides' opening match at the Ahmad bin Ali Stadium in Al Rayyan.

Following the 1-1 draw, the governing body said it would be addressing the matter directly with FIFA.

"On Monday Cymru returned to the FIFA World Cup for the first time in 64 years, a historic moment for the squad, the valued fans - The Red Wall / Y Wal Goch - and the nation," an FAW statement read.

"However, the Football Association of Wales were extremely disappointed by reports that members of Y Wal Goch, which included FAW staff members, were asked to remove and discard their Rainbow Wall bucket hats before entry to the Ahmad Bin Ali Stadium.

"These bucket hats were created in partnership with the FAW.

"The FAW has collated information on these alleged incidents and will be addressing this matter directly with FIFA today.

"The FAW will not be releasing any further comment at this stage."

I’m OK, but that was an unnecessary ordeal. Am in the media center, still wearing my shirt. Was detained for nearly half an hour. Go gays 🌈 https://t.co/S3INBoCz89

American journalist Grant Wahl also claimed he was refused entry to the stadium for the fixture for wearing a rainbow shirt.

"Just now: Security guard refusing to let me into the stadium for USA-Wales," Wahl wrote on Twitter.

"You have to change your shirt.

He claimed that he was also detained for nearly half an hour and that a security staff member "forcibly ripped his phone from his hands."

European teams' plans to protest Qatar's criminalisation of homosexuality were derailed as they failed to wear the OneLove captain armbands over fears of reprimanding.

England, Wales, Germany, Belgium, The Netherlands, Denmark and Switzerland were all planning to use the armband but backed out after the threat of the wearer receiving a yellow card.