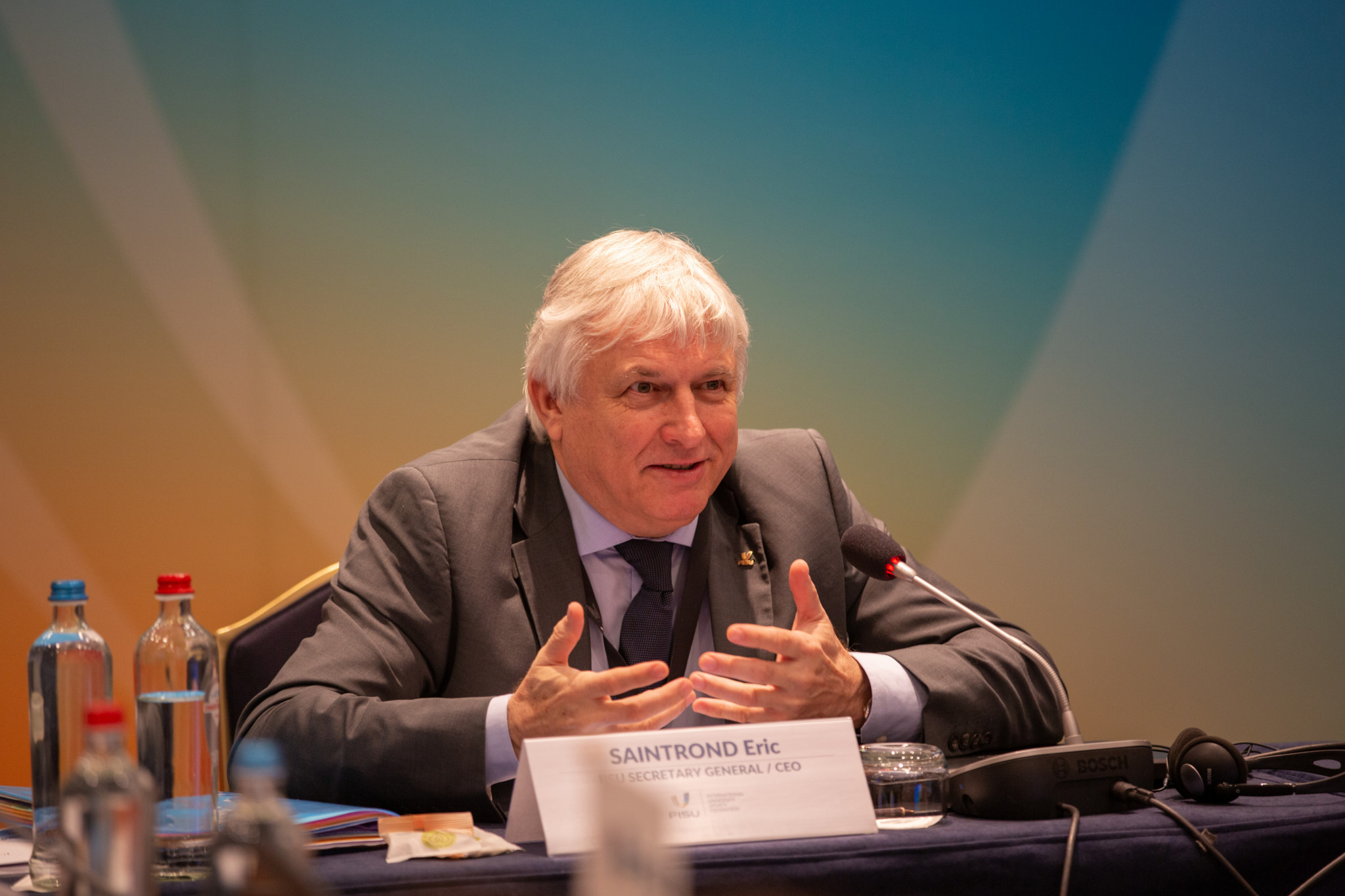 International University Sports Federation (FISU) secretary general Eric Saintrond has admitted that he wants to avoid a repeat of a bidding race to stage the World University Games, and hopes to "find a solution" for North Carolina after it was overlooked for the 2027 summer edition here.

FISU reformed its bidding process in 2016 to what it describes as a "bilateral method based on networking and research", and places emphasis on legacy, vision and sustainability, but Chungcheong Megacity in South Korea and North Carolina in the United States put forward bids to be considered for the 2027 Games.

Chungcheong received 14 of the 21 votes from the Executive Committee to secure hosting rights in Belgium's capital Brussels, but Saintrond insisted that FISU plans to return to its approach which discourages bidding races.

"It is always a pity because I stopped this competition between cities 10 years ago and then the IOC [International Olympic Committee] started to do it as well," the Belgian official told insidethegames.

"We started in FISU because we always tried to go to direct negotiations and agree on the terms of the contract.

"Unfortunately the fact is that those two cities arrived at more or less the same time.

"We had no time to manage this with the COVID situation, but we will not do it anymore, we will come back to our original procedure that if we have some interest, we work together, we build together the bid and then if it is accepted from both sides we go straight to attribution, like we did with Torino, Naples, Rhine-Ruhr and others.

During his presentation to the FISU Executive Committee, North Carolina 2027 Bid Committee chairman and chief executive Hill Carrow alluded to the state's previous hopes of staging the 1993 Universiade, which was eventually awarded to Buffalo in the US.

However, Saintrond hopes that the region will be able to stage a future edition of the FISU Games, possibly as soon as 2029.

"North Carolina is a very special case for me because North Carolina was already a candidate for the Games in 1993," the FISU secretary general said.

"It was a long story because it was USA who selected Buffalo instead of North Carolina, and what I do know is that at that time, North Carolina was already much better than Buffalo, but the vice-president of FISU was from Buffalo and he pushed the candidature of Buffalo inside the US association.

"For them it is the second time that they missed the possibility to organise.

"For me, I was there - everything is there, the atmosphere is there, it is really a students' atmosphere with great people.

"Of course they do not have the resources of the Koreans as the national Government is really behind the project of South Korea, but I hope that we will find a solution to bring them back.

"I believe that we will do it."

Saintrond said that FISU had urged both candidates for the 2027 Games to express their interest for the 2029 edition too, and believes that North Carolina - whose bid emphasised the use of existing facilities on university campuses - could be a contender.

However, he also accepted that the situation is complicated by Yekaterinburg in Russia, which had its organising rights for the 2023 edition suspended.

"We tried to convince both the Koreans and the US to be candidates for 2029 as well if something happens," Saintrond said

"But having in mind that the Games in 2029 are also normally reserved for Yekaterinburg, that we postponed the rights for 2023, my feeling is that we will not be able to take a decision before minimum Lake Placid [the Winter World University Games in January 2023], and then to see what we can do for the organisation of Yekaterinburg.

"They built a village, they built all the venues, they have a good staff there.

"We would like to go there, but everything depends on the situation with Russia."