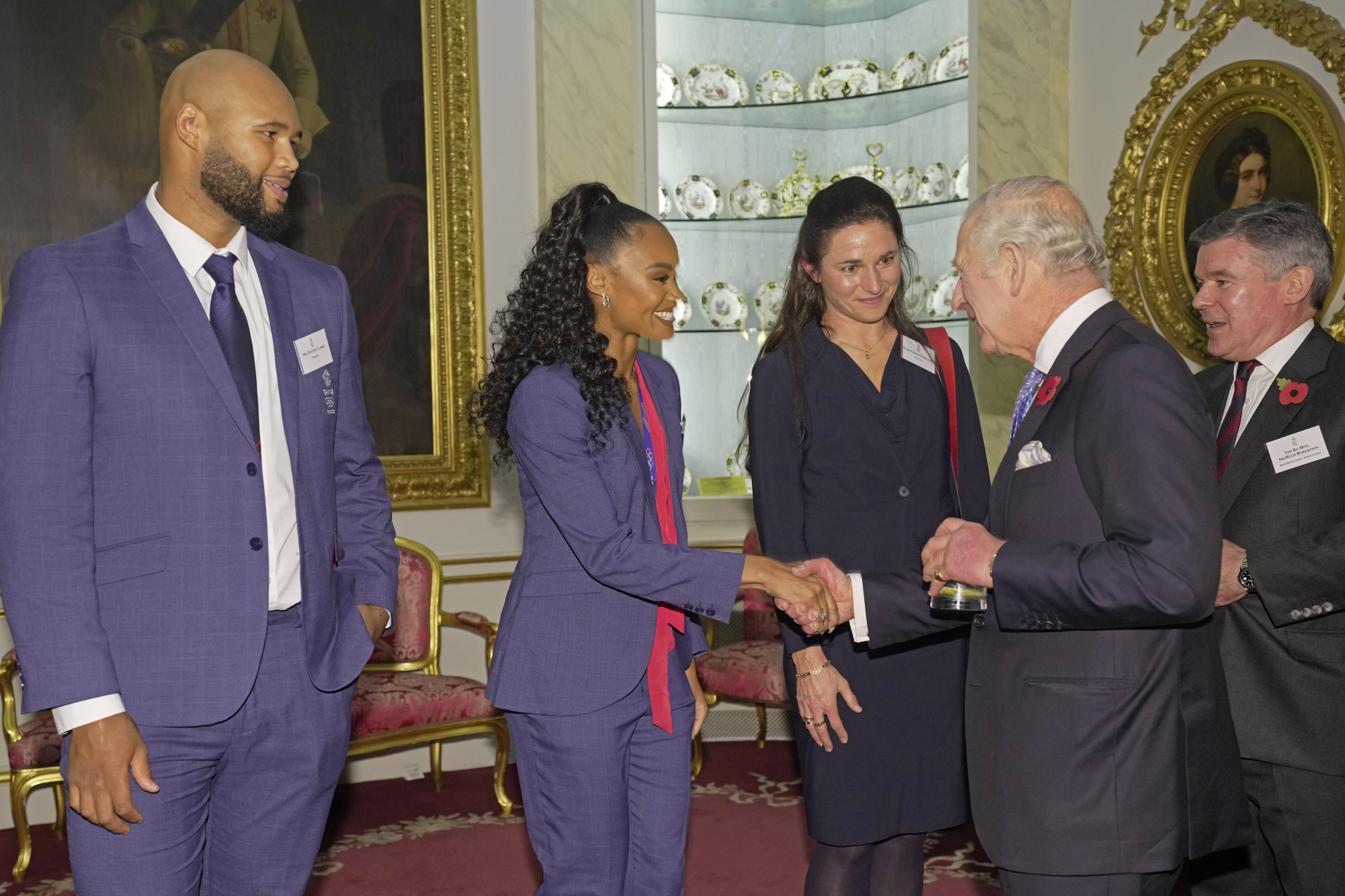 Britain's Olympic and Paralympic medallists were invited to Buckingham Palace to meet members of the country's Royal family.

King Charles III and the Queen Consort hosted the reception to celebrate the achievements of athletes and Para athletes at Tokyo 2020 and Beijing 2022.

The Princess Royal, an International Olympic Committee member who is President of the British Olympic Association (BOA), was also present along with the Earl of Wessex and Duke of Gloucester.

Among the Olympians included Eve Muirhead, who won gold at her fourth Winter Olympics in Beijing as women’s curling skip, and Joe Choong who was crowned modern pentathlon champion on his Olympic debut in Tokyo.

"It’s really exciting and a huge honour to be invited to meet the Royal Family," said Choong.

"When I was preparing for Tokyo I was only thinking about winning that gold medal, and I didn’t really think much about anything else that would come after the achievement itself, so receiving my invite to this reception was one of those really special surprises that I wasn’t expecting at all."

???The King and The Queen Consort, joined by The Earl of Wessex, @ParalympicsGB Patron, The Princess Royal, @TeamGB President, and The Duke of Gloucester, hosted a reception for #Tokyo2020 and #Beijing2022 Olympic and Paralympic medallists to celebrate their achievements. pic.twitter.com/AEJBp0PPRQ

Trampoline gymnast Bryony Page, BMX rider Beth Shriever and weightlifter Emily Campbell were also among those in attendance at the reception following their medal success at Tokyo 2020.

"It is an absolute honour to be invited to a reception like this," said Page, who claimed her second Olympic medal when she took trampolining bronze in Tokyo.

"It’s really special to be able to come together in one place with so many other Team GB athletes and reflect on our experiences and achievements in Tokyo and Beijing.

"It is an absolute privilege to be reunited with everyone in this way and I feel incredibly thankful to the King and the Queen Consort for their generosity."

At Tokyo 2020, Britain collected 64 medals at the Olympics and 124 at the Paralympics.

Britain claimed two medals at the Beijing 2022 Winter Olympics before earning six at the Winter Paralympics.

"We are incredibly grateful to their Majesties the King and the Queen Consort, and our President, HRH the Princess Royal for hosting this reception," said BOA chair Sir Hugh Robertson.

"It was a fantastic opportunity to celebrate the achievements of our Olympic medallists in Tokyo and Beijing and we look forward to the Paris 2024 Olympic Games in under two years’ time."