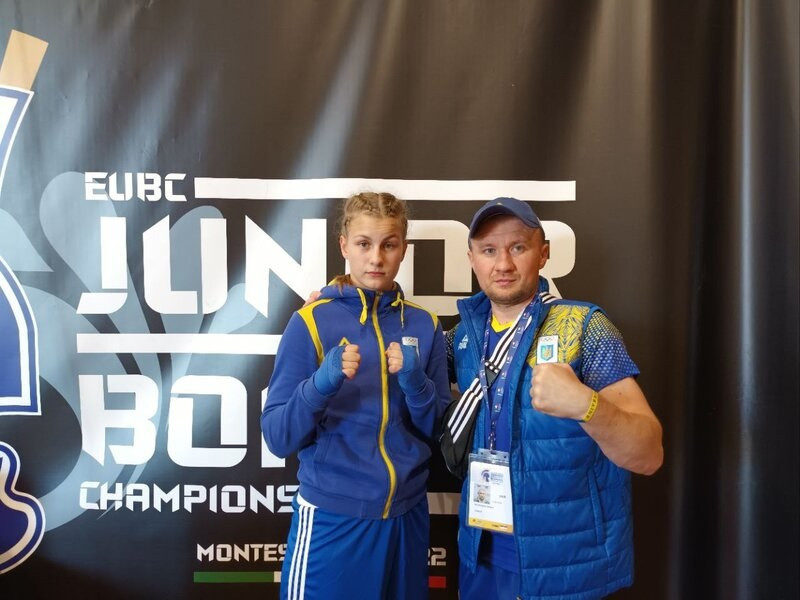 Three Ukrainian boxers captured bronze medals at the European Junior Boxing Championships after being allowed to compete under their own flag in Montesilvano despite the suspension of their national governing body.

Anastasia Taran, Taisia Pokusai and Victoria Shcherbyna secured places on the podium in the Italian city.

Confusion reigned over whether the boxers representing Ukraine in Italy would be able to participate under their country’s flag following the International Boxing Association (IBA) suspension of the Boxing Federation of Ukraine (FBU) due to Government interference.

It was reported by England Boxing that six Ukrainian boxers withdrew after, it claimed, that they had been asked to compete under the IBA banner.

However, IBA confirmed that the Ukrainian team were allowed to use national symbols "with the aim of protecting the athletes and their full participations in the competitions".

Volodymyr Prodyvus is recognised as FBU President by IBA, but his claims to the leadership are disputed by Kyrylo Shevchenko, whom Ukraine's Ministry of Justice has listed as someone with the right to execute the governing body's legal acts.

The FBU issued a statement on its website on September 29, accusing Shevchenko, Dmytro Yelyseev and Yuriy Shevchuk of spreading lies and claiming they "did not even try to understand" the situation.

The governing body said that Prodyvus, who is also vice-president of IBA, had arrived in Italy a day earlier to "resolve the situation in favour of Ukrainian boxing" and received a letter from the European Boxing Confederation confirming that the flag and anthem of Ukraine would be used.

Pokusai claimed bronze in the women's under-46 kilogram category after losing to Greece's Anna Maria Trifylli in the semi-finals.

Shcherbyna lost Victoria Helena Gatt of Germany in a tightly-contested women's over-80kg semi-final as she picked up bronze.

IBA has moved to temporarily suspend the FBU, and requires the "autonomy of the federation" to be secured and Ukrainian authorities to recognise Prodyvus' election on December 17 2021 if this measure is to be lifted.

However, it has insisted that athletes will not be impacted by the move.