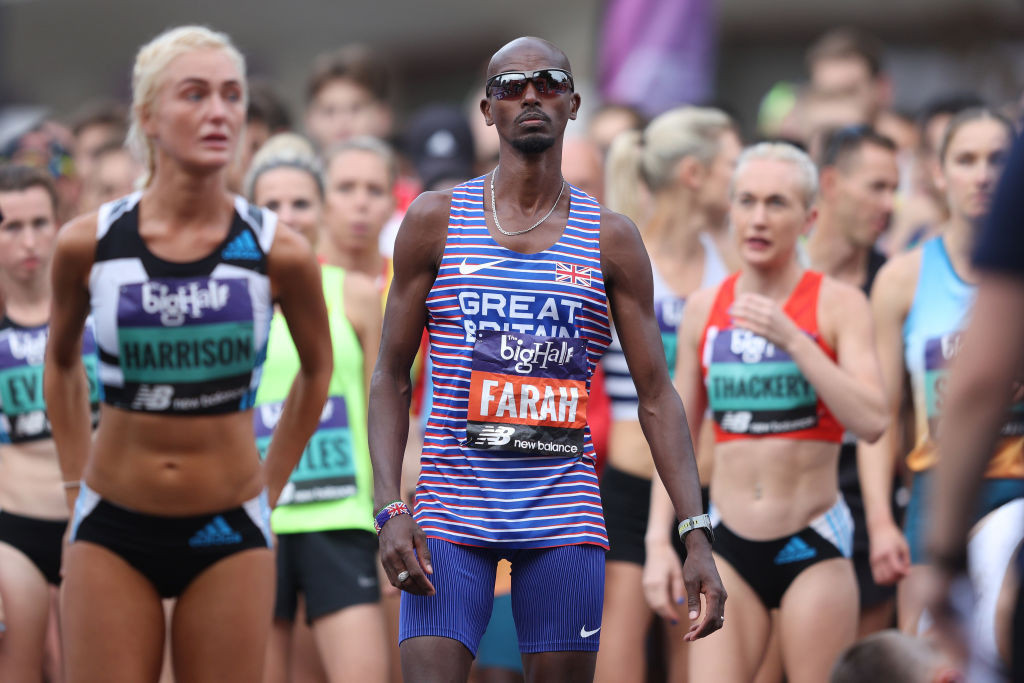 Sir Mo Farah, who has been obliged to withdraw from the TCS London Marathon on Sunday (October 2) because of a hip injury, has set his sights on returning for next year’s event, scheduled to return to its traditional spring timing on April 23.

The 39-year-old Briton, who won four Olympic and six world track titles before turning to the roads, set a national marathon record of 2hr 05min 11sec in Chicago four years ago but since then his progress has been chequered.

His withdrawal came as disappointing news for home fans in particular following the announcement earlier this month by Commonwealth 10,000 metres champion Eilish McColgan that she would be postponing her marathon debut in London - the race where her mother Liz won in 1996 and finished second by a second in 1997 - to next year.

Sir Mo won The Big Half in London on September 4 but has since required intensive treatment.

"I’ve been training really hard over the past few months and I’d got myself back into good shape and was feeling pretty optimistic about being able to put in a good performance at the TCS London Marathon," he said.

"However, over the past 10 days I’ve been feeling pain and tightness in my right hip.

"I’ve had extensive physio and treatment and done everything I can to be on the start line but it hasn’t improved enough to compete on Sunday.

"It’s really disappointing to have to withdraw after a good last few months and after my win at The Big Half but also because I love racing in front of my home crowd in London who always give all of us athletes such amazing support.

"I wish everyone taking part on Sunday a good run and I hope to be back out there with you in April 2023."

The 33-year-old Belgian, who like Sir Mo was born in Somalia, told the London Marathon today how, shortly after taking bronze at the World Athletics Championships in Oregon, he had joined his British friend at the high altitude French training resort at Font Romeu.

"He had been there for two weeks before me, training very hard for London, and things were going really well so he decided to run the Big Half," Abdi said.

"The week of the Big Half I remember we did two track work-outs, we did crazy training, and he said he wanted to go to the Big Half and win.

"But he was still doing like 120 miles for that week.

"After winning the Big Half he was more excited, more motivated, and he started training well again but then his hip started bothering him.

"He did a last long run of 40k and after that things got worse.

"It’s very sad but I think he made the right decision not to make things worse and to come back hopefully next year.

"But the sad thing is he was in really good shape.

"I spoke to him yesterday and he was very disappointed.

"There is no good time for an injury - but this time it was really bad timing."

Abdi won Olympic bronze at last summer’s Tokyo 2020 Olympics and in October 2021 he set a Belgium record of 2:03.35 in the Rotterdam Marathon.

This year he has maintained his high-level form, taking another global bronze at the World Athletics Championships in Eugene, Oregon behind Ethiopia’s gold medallist Tamirat Tola, who like Sir Mo, has also had to withdraw from this year’s London race, in his case because of "muscle fatigue."