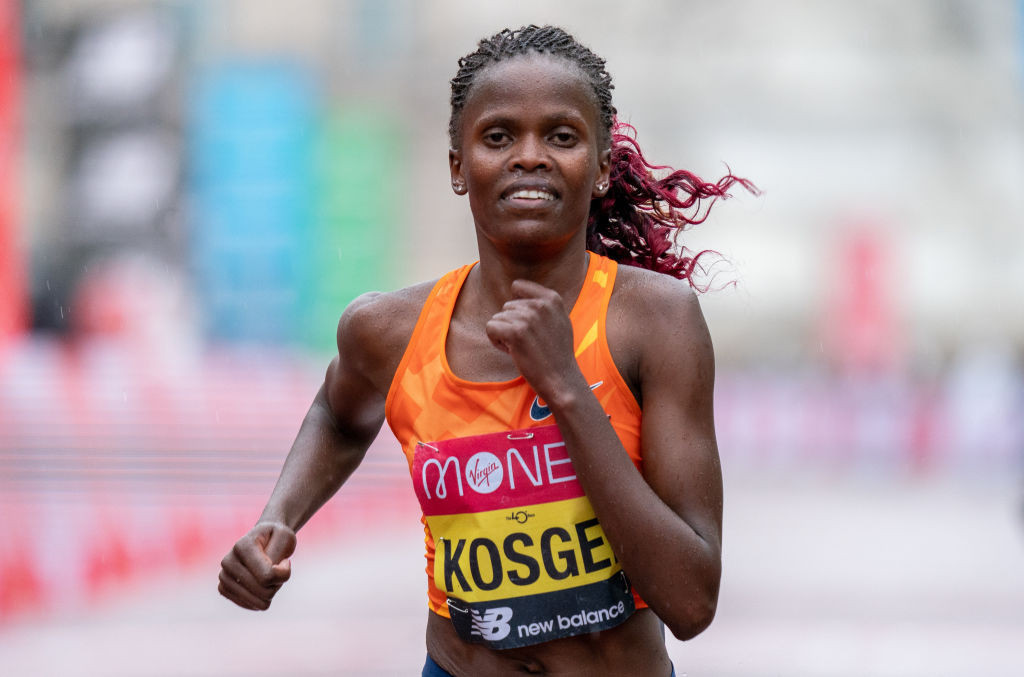 Women's world record-holder Bridit Kosgei has withdrawn from this Sunday's (October 2) London Marathon - an event she has won twice - due to a minor hamstring injury.

"I have been struggling over the past month with an issue in the hamstring of my right leg," Kosgei said in a statement.

"My training has been up and down and not the way I would like to prepare to be in top condition for the 2022 TCS London Marathon.

"We’ve decided it's best I withdraw from this year’s race and get further treatment on my injuries in order to enter 2023 stronger than ever."

Kosgei’s winning run in London came to an end last year when she finished fourth in a race won by her compatriot Joyciline Jepkosgei, who is set to headline the event this coming weekend.

The London Marathon is taking place in October for a third year in a row because of the COVID-19 pandemic, but is due to return to April from next year.