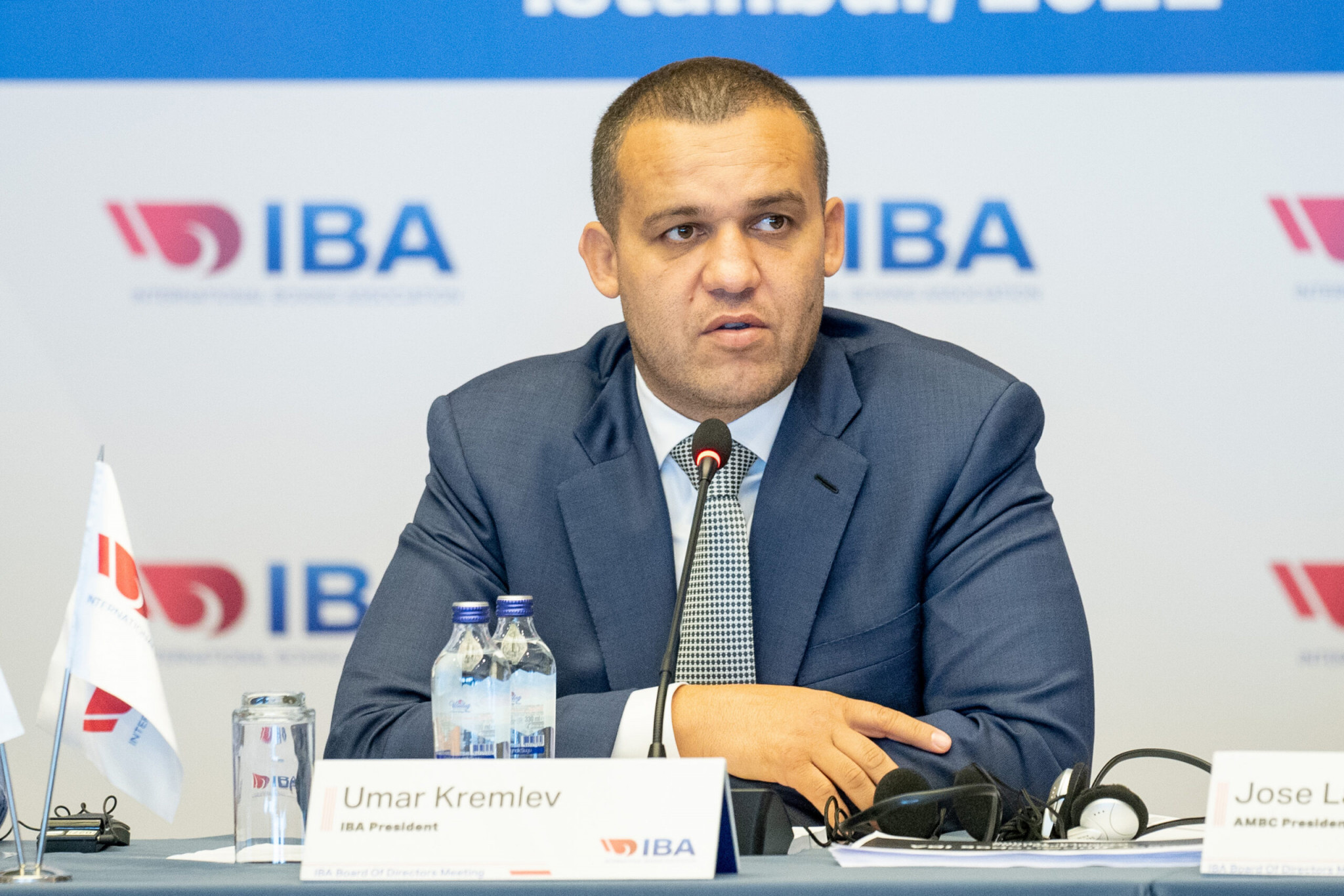 Several National Federations have penned letters of support for incumbent Umar Kremlev at the International Boxing Association (IBA) Extraordinary Congress on Sunday (September 25) here, where a Presidential election could be held.

Dutch candidate Boris van der Vorst is seeking to challenge Russian official Kremlev for the Presidency, having previously been declared ineligible to run shortly before May's election in Istanbul but then successfully appealing to the Court of Arbitration for Sport (CAS).

However, a vote must first be held in the Armenian capital of Yerevan on whether to stage the election again.

A group of 142 coaches supporting Kremlev have argued that it should not take place.

Kremlev was first elected in December 2020 at a virtual Extraordinary Congress, beating van der Vorst in the fourth round of voting.

He was re-elected by acclamation in Istanbul in May this year.

In their letter, the group of coaches argue that a third election is less than two years would be "useless" and "cost time and money", while claiming that the "boxing world gave the message twice in two years".

They also claim that van der Vorst "has already been rejected by the people, twice for IBA and once for EUBC", referencing Ioannis Filippatos of Greece's European Boxing Confederation Presidential election victory in April.

The Mongolian Boxing Federation has confirmed that it will vote against the proposal to hold the Presidential election, arguing that the gathering in Istanbul was "legitimate and lawful", despite July's CAS verdict.

President Nyambaatar Khishgee threw his weight behind Kremlev, insisting he has overseen "an immense improvement", commending his work with National Federations and claiming that he is "successfully building a strategic relationship with the International Olympic Committee [IOC] with extraordinary results".

That is despite the "grave concerns" expressed by the IOC with regards to IBA governance, the IBA being stripped of its rights to organise the boxing tournament at the Paris 2024 Olympics and the sport still not assured of its place on the Los Angeles 2028 programme.

Tajikistan Boxing Federation President Beg Sabur has described the Extraordinary Congress as "inexpedient", and backed Kremlev on the basis of his support for National Federations, notably the smaller organisations.

Burundi Boxing Federation secretary general Joseph Nkamicaniye highlighted the financial support and boxing equipment distributed to National Federations under Kremlev's Presidency, and argued that he has "been able to [clear] the huge debt contracted by the former AIBA selfish leaders".

IBA's sponsorship deal with Russian majority state-owned firm Gazprom has been credited with helping to keep the organisation afloat, but its "financial dependency" on the gas giant has repeatedly been raised as a concern by the IOC.

"Mr. Kremlev, together with his great work team, are working tirelessly every day, 24 hours a day to save IBA, he has demonstrated with actions that the well-being of IBA and our athletes is his main objective, he has put all his effort in complying with all the requirements of the IOC," Benitez claimed.

He also dismissed van der Vorst's vows as "empty and unrealistic", including the restoration of IOC recognition and release of Olympic Solidarity funds within 100 days of the election.

A total of 171 of the IBA's 203 National Federations are eligible to vote, including 41 from Africa, 38 from Asia and 33 from America.

A further 48 National Federations from Europe are eligible.

While Kremlev appears to be facing strong opposition from a group of Nordic and Western European nations, staunch Kremlev supporter Robert Reher, President of the Slovenian Boxing Association, has written a scathing letter against van der Vorst.

It references his previous EUBC and IBA electoral defeats, and criticises his Presidency of the Dutch Boxing Federation, claiming that "athletes and coaches were extremely unhappy with the lack of funding" for the EUBC Youth Championships in Sofia earlier this year.

Reher accused van der Vorst and his supporters of "propagandising and damaging boxing" through "meaningless political movements", and "playing a dirty political game".

The Slovenian Boxing Association President has similarly accused van der Vorst of spreading "inappropriate propaganda" over his calls to stage the Presidential elections in Lausanne rather than Yerevan.

The staging of the Extraordinary Congress comes amid a backdrop of claims from former AIBA executive director Ho Kim that officials were bribed to help CK Wu become President in 2006.

AIBA was rebranded as IBA last year, and the organisation has distanced itself from "people who created these issues of the past".