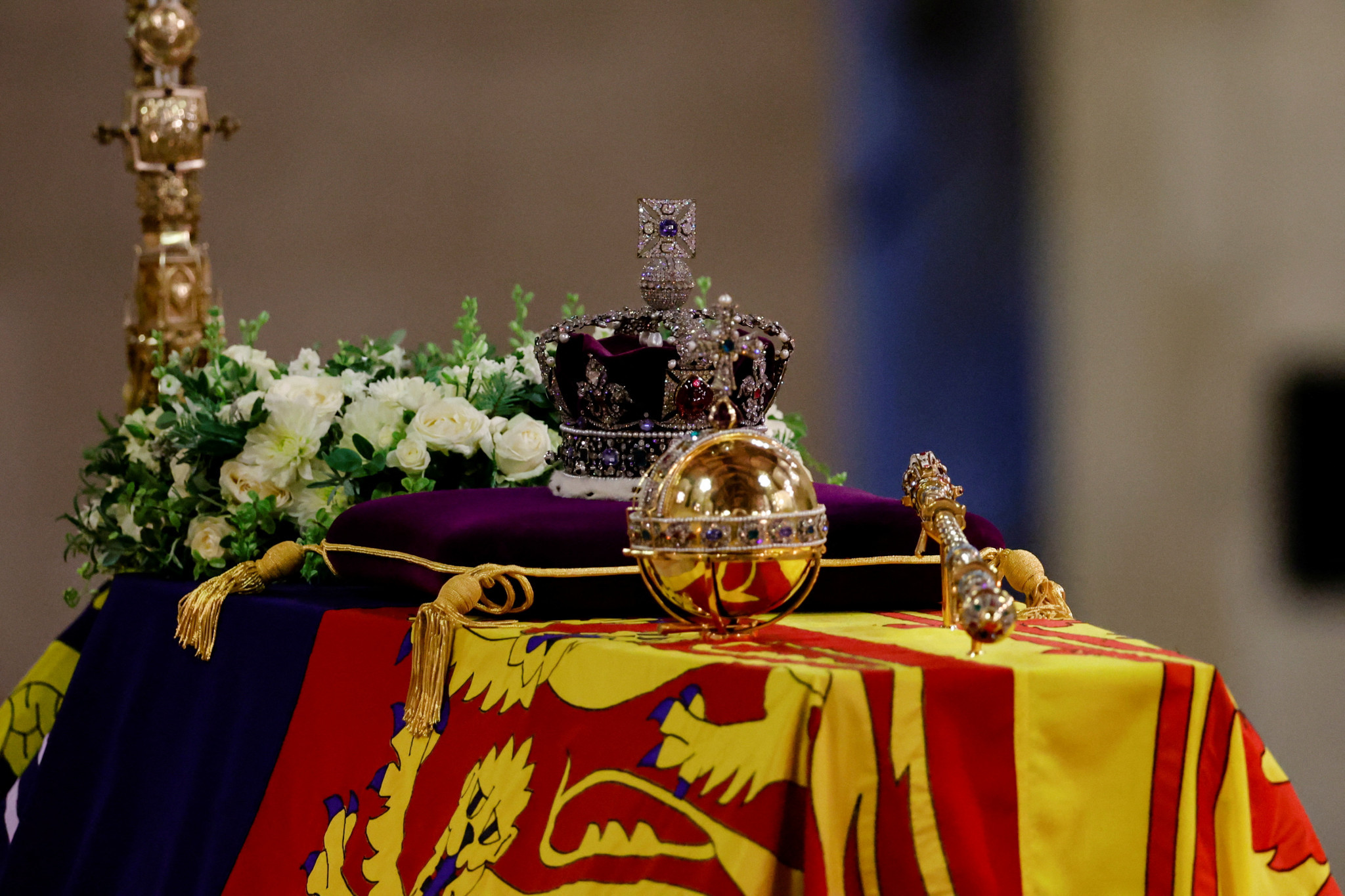 Final preparations are being made for the state funeral, due to be held at Westminster Abbey in London tomorrow, and expected to be one of the biggest ceremonial events in Britain since the end of the Second World War.

Sir Hugh, a former Conservative Member of Parliament and Minister for Sport, and the Olympics, is set to perform the role of Gentleman-at-Arms during the service.

The role of Gentleman-at-Arms involves acting as a bodyguard to the British monarch, and is generally used for ceremonial occasions.

Sir Hugh, a member of the Gentlemen-at-Arms, and a Deputy Lieutenant of Kent, has also been part of the division of bodyguards keeping vigil around Queen Elizabeth II’s coffin, which has been lying-in-state at Westminster Hall in London since Wednesday (September 14).

Sir Hugh spent ten years in the British Army as part of The Life Guards, and commanded the Household Cavalry during Queen Elizabeth II's Birthday Parade in 1993.

Mourners from all over the world have been queuing to file past the coffin since the start of the lying-in-state.

The queue has been up to five miles long at times, and waiting times in some cases of more than 24 hours have been reported.

London’s Metropolitan Police has described the policing operation for Queen Elizabeth II’s funeral as the biggest in the force’s history.

The operation will be bigger than those for the London 2012 Olympic Games and Queen Elizabeth II’s Platinum Jubilee celebrations earlier this year.

“There’s absolutely nothing that compares to our policing operation this week, and particularly on Monday for the state funeral," London’s Metropolitan Police deputy assistant commissioner Stuart Cundy told Reuters.

"This will be the single largest policing operation that the Met Police has ever undertaken and I think is ever likely to undertake."

Multiple world leaders are expected to attend the service, including United States President Joe Biden, Emir of Qatar and former International Olympic Committee (IOC) member Amir Tamim bin Hamad al Thani and King Felipe VI of Spain, who competed in sailing at the 1992 Olympics in Barcelona and carried the country's flag at the Opening Ceremony.

Two IOC members are due to be present - Prince Albert II of Monaco, and Princess Anne, daughter of Queen Elizabeth II.

Chief executive Andy Anson is set to represent the BOA at the service, while three-time Olympic swimming medallist Mark Tewksbury is set to feature as part of the Canadian delegation.

Among those not attending are China President Xi Jinping and the Crown Prince of Saudi Arabia Mohammed Bin Salman.

There has been criticism of the extending of invitations to the nations, with China vice-president Wang Qishan and Prince Turki al-Faisal expected to attend on behalf of their countries instead.