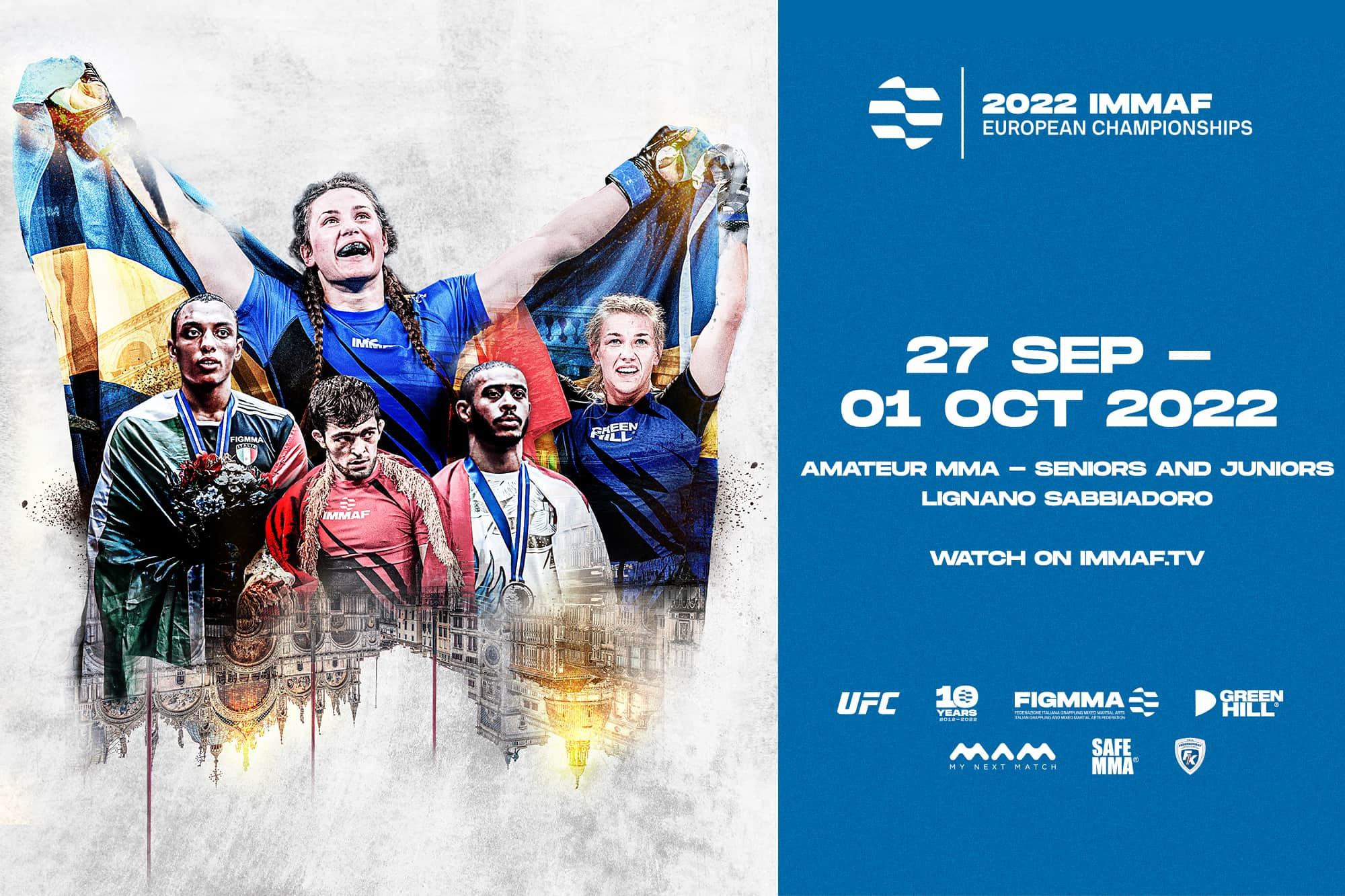 A total of 292 athletes from 36 countries is expected to compete at the International Mixed Martial Arts Federation (IMMAF) European Championships from September 27 to October 1.

The Italian Mixed Martial Arts Federation (FIGMMA), which hosted both the European Championships and inaugural Youth World Championships in 2019, will stage the event along with the Italian Federation of Combat Sports (FEDERKOMBAT).

Ukraine is set to have the biggest squad in Italy with 30 fighters, including world silver medallists Ivan Pasych and Andrii Stoian scheduled to compete.

Meanwhile, hosts Italy have named 25 athletes with  many expected to represent their country for the first time.

Speaking off firsts, it will be interesting to see how Magdalena Czaban of Poland will do after her move from atomweight to strawweight in an IMMAF competition.

The two-time European champion will be joined by compatriot Paulina Kontna, who will be looking to continue her stellar from last year.

A Championship Pass can be purchased for those wishing to watch the tournament on immaf.tv.