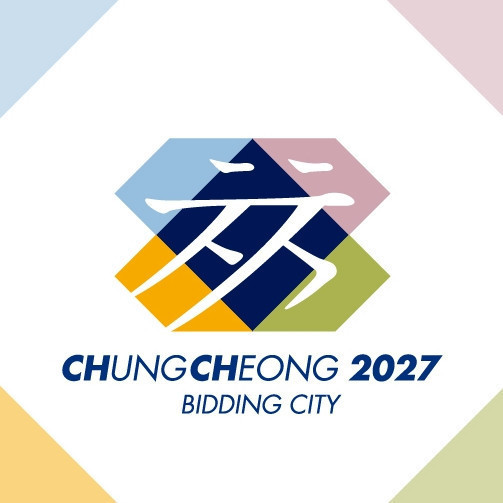 South Korea's Ministry of Economy and Finance (MOEF) has approved that the region of the Chungcheong Megacity can host the International University Sports Federation's (FISU) Summer World University Games in 2027 providing its bid is successful.

Following deliberation with the Regular International Event Judging Committee last month, it was decided that the international competition met the standards of necessity and adequacy without violation of procedural regulations.

The necessity relates to the feasibility, public interest and local residents' opinion on the event while adequacy includes plan and economic feasibility.

The results of the feasibility study were also factored into the decision.

Bid Committee secretary general Kim Yoon-suk suggested that "Chungcheong Megacity has laid the foundation for financial and administrative support from the Central Government" following the MOEF's approval of this international event.

"In the Chungcheong Megacity, the foundation of national unity will be laid by holding large-scale international events, and through which it will serve as an opportunity to improve infrastructure, strengthen sports capabilities, and enhance international status," he said on the basis that the region is selected as the host.

Chungcheong Megacity is battling against North Carolina in the United States to stage the 2027 FISU Summer World University Games.

The winner of the bid process is due to be announced later this year.