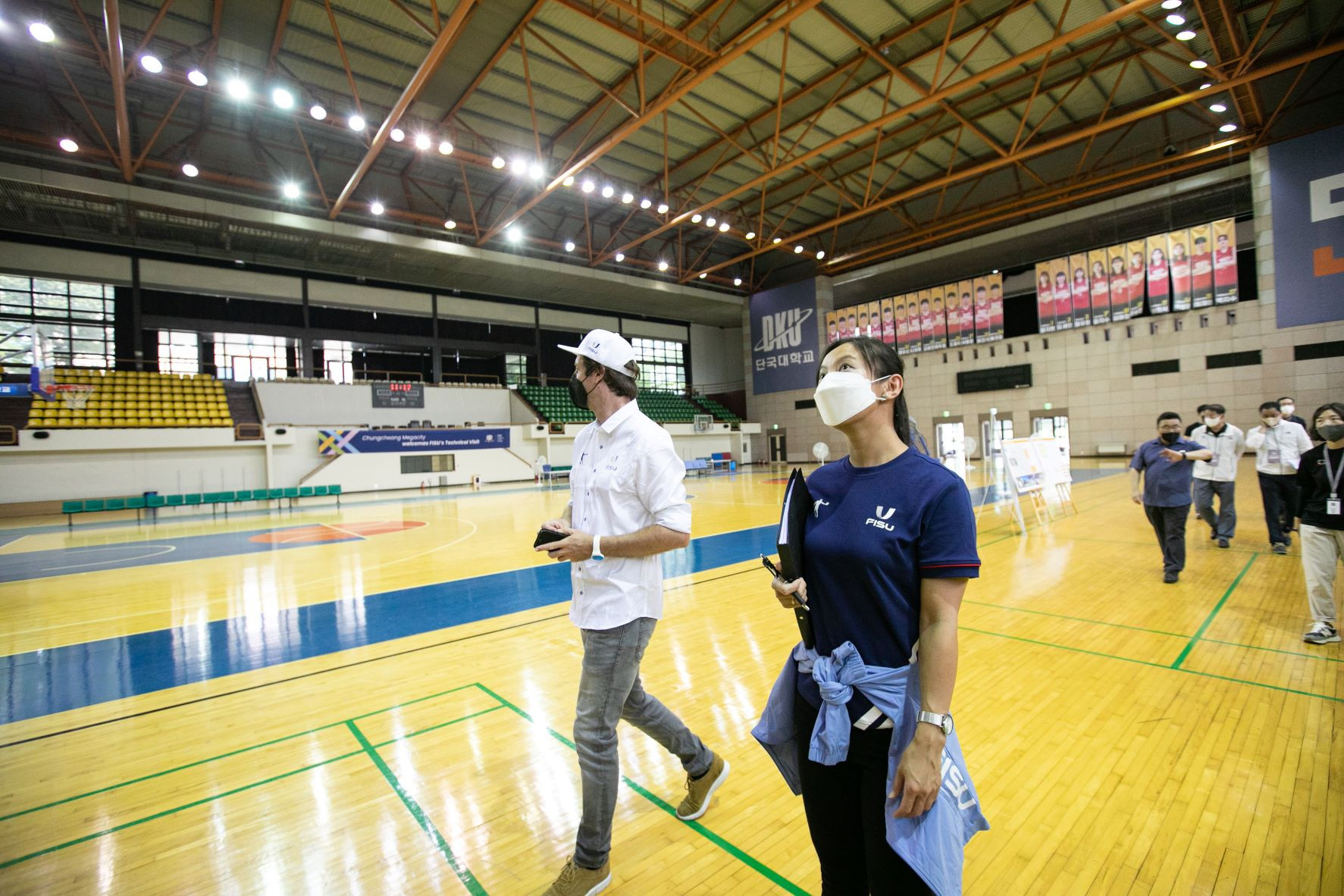 An International University Sports Federation (FISU) delegation has inspected proposed venues in the Chungcheong Megacity area in advance of a decision being made on the host the 2027 FISU Summer World University Games.

The South Korean region is one of two candidates for the event, going head-to-head with the Triangle Region from North Carolina in the United States.

FISU officials viewed 23 potential competition venues - 19 of which are existing - as well as the site earmarked for an Opening Ceremony and three protentional Games Village locations.

The Chungcheong Megacity 2027 Bid Committee additionally presented its vision for the event to the visitors.

"I am very happy to come back to Korea, following my nice experience in Gwangju 2015," said, Jing Zhao, summer director for FISU Games who led the delegation.

"This technical evaluation visit has shown us the passion of the region to welcome the FISU Games and we were quite impressed by the organisation as well as the hospitality."

The Chungcheong Megacity project encompasses the cities Sejong and Daejeon, as well as provinces Chungnam and Chungbuk.

The area is claimed to be home to 20 per cent of South Korea's student population.

A campaign to amass a million signatures in support of the Chungcheong bid has passed the halfway mark on the route to that goal.

"I have experienced the Gwangju 2015 Universiade, we worked hard back then and will be working hard this time too, to successfully host and operate the Chungcheong Megacity 2027 FISU World University Games," Bid Committee secretary general Kim Yoon-suk assured.

FISU's Executive Committee is expected to choose the 2027 FISU Summer World University Games host at a meeting in Brussels in November.