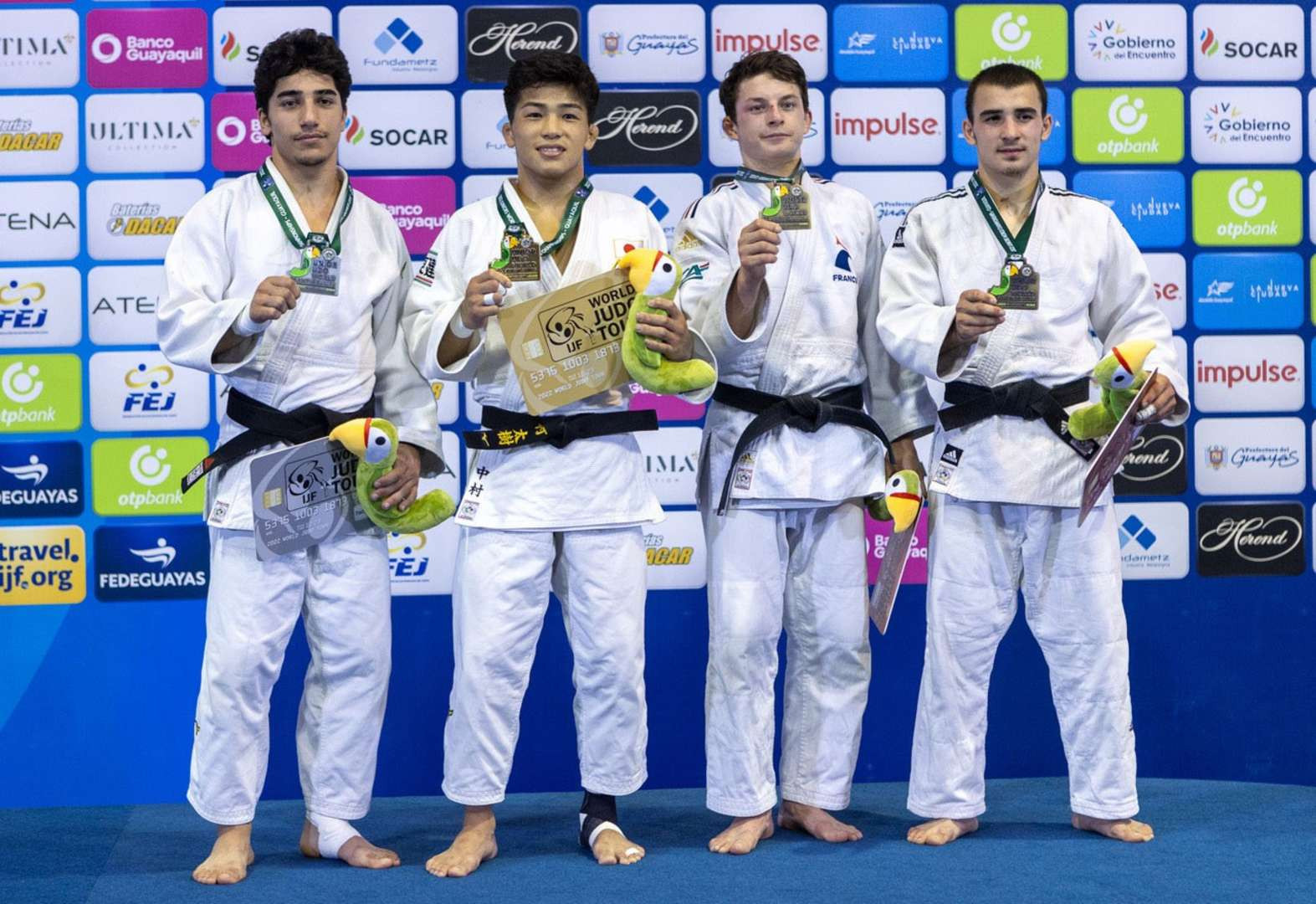 In the women's under-48 kilograms category, Yoshioka defeated Alexia Nascimento from Brazil to reach the final, where she met Italian Assunta Scutto.

Scutto won her semi-final against Turkey's Merve Azak, but could not win the world title against the Japanese.

In the repechage, Azak defeated Pauline Cuq of France to take the bronze, joined by the other bronze medallist Gemma Maria Gomez of Spain, the victor against Nascimento.

Nakamura won the men's under-60kg by beating the defending champion Giorgi Sardalashvili of Georgia in the final.

Michel Augusto of Brazil lost the semi-final to Sadalashvili, before losing to a second Georgian, Tornike Maziasahvili, for bronze in the repechage.

In a rematch of the 2021 final, Giulia Carna of Italy got revenge by taking the women's under-52kg title with victory over France's Chloe Devictor.

Devictor defeated Carna last year, but the tables turned here as the pair returned to the top two spots on the podium.

Finally, Nurali Emomali of Tajikistan won the battle of the Central Asian nations, beating Azizbek Ortikov from Uzbekistan for gold in the men's under-66kg final.

Bronze medals went to Muhammed Demirel of Turkey and Kimy Bravo Blanco of Cuba with victories over Ioan Dzitac of Romania and Moldova's Radu Izvoreanu, the losing semi-finalists, respectively.