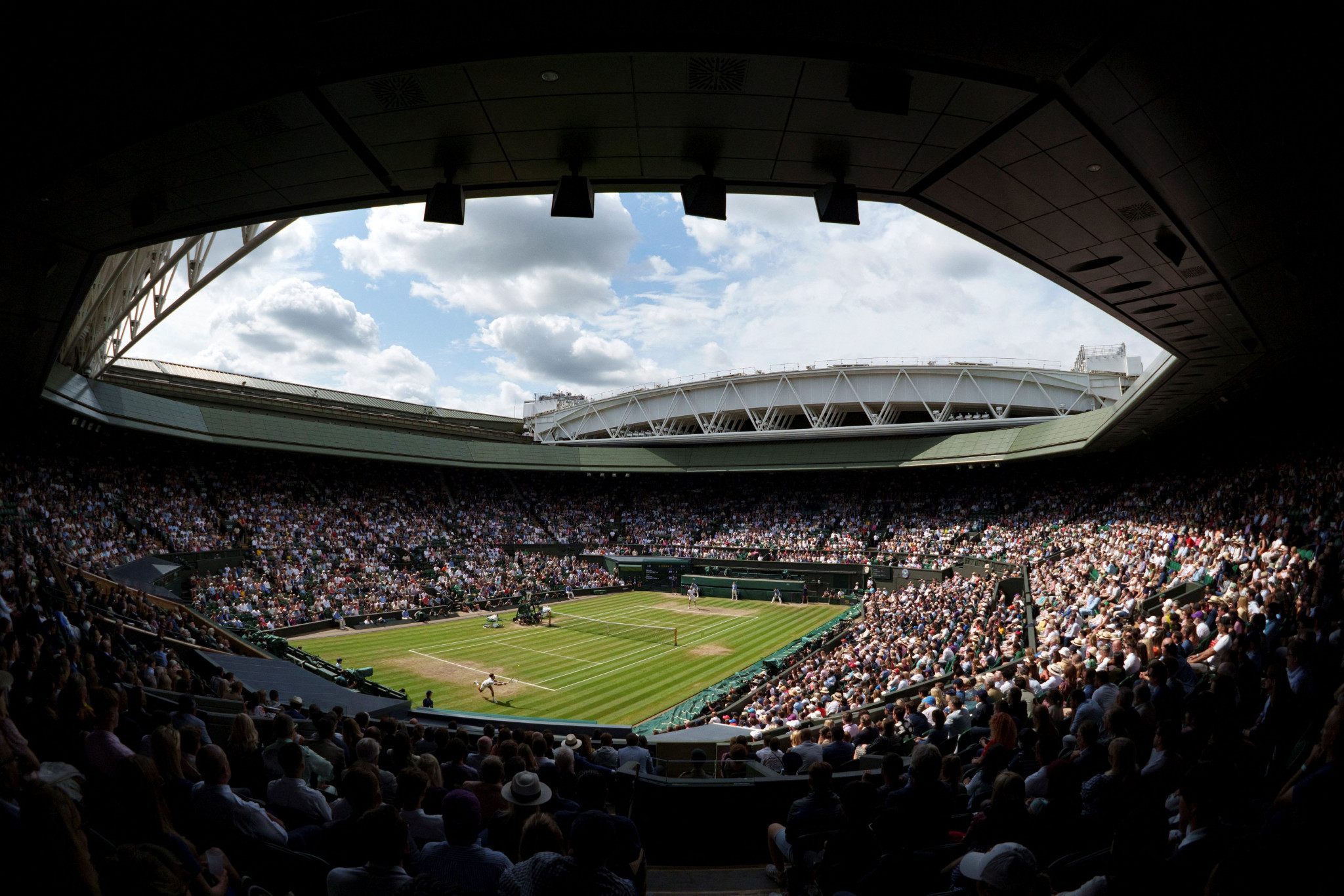 The organisers of Wimbledon are sticking by a ban on Russian and Belarusian players in response to the war in Ukraine, despite the competition's ranking points being removed by tennis governing bodies.

The decision by the Association of Tennis Professionals (ATP), Women's Tennis Association (WTA) and International Tennis Federation (ITF) to strip the Grand Slam of its ranking points effectively makes the competition an exhibition event.

All three have allowed individual Russian and Belarusian players to continue playing on their tours as neutrals, with national flags and symbols banned.

The All England Lawn Tennis Club (AELTC) is unapologetic, however, and maintains the ban.

In a statement on behalf of the AELTC and the tournament's Committee of Management, the removal of ranking points is labelled as "disproportionate".

It also insists organisers are unwilling to aid Russian propaganda by allowing players from the country to compete.

"We appreciate that opinions differ in relation to our decision to decline entries from Russian and Belarusian players to The Championships this year, and we deeply regret the impact of this decision on the individuals affected," the statement read.

"However, given the position taken by the UK Government to limit Russia's global influence, which removed automatic entry by ranking, and the widespread response of Government, industry, sport and creative institutions, we remain of the view that we have made the only viable decision for Wimbledon as a globally renowned sporting event and British institution, and we stand by the decision we have made.

"As we have previously stated, after careful consideration against a variety of factors, and bound to act in accordance with the directive guidance from the UK Government, we came to two firm conclusions that formed the basis for this decision.

"We were not prepared to take any actions which could risk the personal safety of players, or their families.

"We believe that requiring written declarations from individual players - and that would apply to all relevant players - as a condition of entry in the high-profile circumstances of Wimbledon would carry significant scrutiny and risk."

To say that I am disappointed in @atptour would be understatement.. Never would expect that anyone can stand on the side of invaders and murderers… but it seems to me that even my fellow players feel sorry for invaders and collaborants from rus/blr..1/2

Tennis' Grand Slam tournaments offer a maximum of 2,000 ranking points for the winner.

The ITF argued that keeping ranking points in place for Wimbledon would impact the integrity of the world rankings, given some players are unable to play based on their nationality alone.

The AELTC statement continues: "In addition, we remain unwilling to accept success or participation at Wimbledon being used to benefit the propaganda machine of the Russian regime, which, through its closely controlled State media, has an acknowledged history of using sporting success to support a triumphant narrative to the Russian people.

"We therefore wish to state our deep disappointment at the decisions taken by the ATP, WTA and ITF in removing ranking points for The Championships.

"We believe these decisions to be disproportionate in the context of the exceptional and extreme circumstances of this situation and the position we found ourselves in, and damaging to all players who compete on Tour."

The ATP suggested the ban was a form of "discrimination" and that the United Kingdom Government's stance against Russian and Belarusian players who had not denounced the war playing at Wimbledon was "informal" and "not a mandate".

This, in its view, should have opened the door to an alternative proposal where the players could compete as neutrals "through a signed declaration".

AELTC chairman Ian Hewitt previously alleged that the organisation had "no viable alternative" other than to impose a blanket ban.

The ATP Player Council recommended for Wimbledon to lose its ranking points.

The Lawn Tennis Association (LTA), which has also banned Russians and Belarusians from tournaments it is organising in England before Wimbledon, has been allowed to keep its ranking points by the three international organisations provided other events are available for athletes from the two countries to compete in at the same time.

Daniil Medvedev, the men’s singles US Open champion and world number two, and Olympic mixed doubles champions Anastasia Pavlyuchenkova and Andrey Rublev are part of the group of Russians who will be forced to miss Wimbledon.