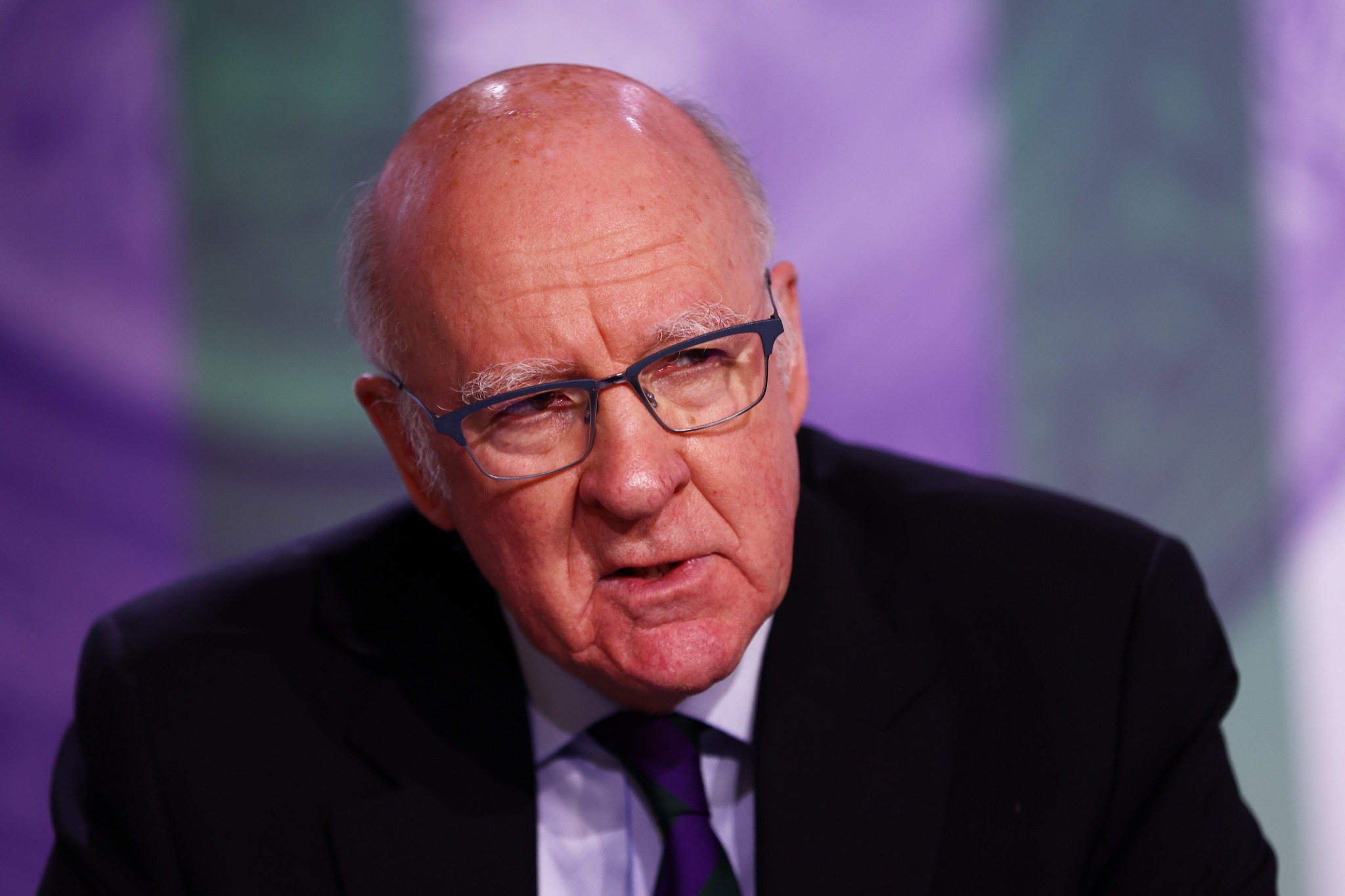 The All England Lawn Tennis Club (AELTC) has said there was "no viable alternative" as the organisation defended its "agonising decision" to block the participation of Russian and Belarusian players from this year's Wimbledon.

The AELTC announced last week that players from both nations would be banned from competing at the third Grand Slam event of the season, due to the ongoing war in Ukraine.

The decision has divided opinion, with the Women's Tennis Association (WTA) and Association of Tennis Professionals (ATP) both criticising the decision.

Several Ukrainian players have supported the stance taken by the AELTC and the Lawn Tennis Association (LTA).

Hewitt told a Wimbledon media briefing the organisation had to take the guidance into account as a "high-profile event and leading British institution", citing the exceptional circumstances caused by the conflict.

The official said the AELTC concluded it had "no viable alternative" but to ban players from the nations from competing.

"For clarity, the guidance does not allow for automatic entry into Wimbledon based on rankings alone," Hewitt said.

"We have considered at length, the options available within the scope of this clear Government position.

"These are in effect two options, declining entries or allowing entries only with specific written declarations from individual players.

"We considered a wide variety of factors including player and public safety, humanitarian efforts to support in the conflict, and the response of other sports in seeking to limit Russia’s influence.

"After lengthy and careful consideration we came to two firm conclusions that have formed the basis of our decision.

"First, even if we were to accept entries from Russian and Belarusian players with written declarations, we would risk their success or participation at Wimbledon being used to benefit the propaganda machine of the Russian regime, which we could not accept.

"Second, we have a duty to ensure no actions we take put the safety of players and their families at risk.

"We understand and deeply regret the impact this decision will have on every individual athlete affected, and so many innocent people are suffering as a result of this terrible war.

"We believe we have taken the most responsible decision in the circumstances, and within the framework of the Government’s position, there is no viable alternative to the decision we have taken in this truly exceptional and tragic situation."

The WTA has suggested it will impose sanctions against Wimbledon, with the organisation’s chief executive Steve Simon last week writing the decision was a breach of "Grand Slam and WTA rules".

Simon told The Tennis Podcast that the organisation was seeking to stand up for its principle that no athlete should be prevented from participating in tournaments based on their nationality and the actions of their Government.

He said the positions of the AELTC and LTA were in violation of Grand Slam and WTA rules, adding that sanctions were possible.

"I think you will see some strong reactions that come from us," Simon said.

"What those are and how far they will go is still to be determined."

Belarusian world number four Aryna Sabalenka would be blocked from the women’s event.

Players have previously been blocked from Grand Slam tennis events.

German and Japanese players were excluded from 1946 to 1951, following World War Two.

South African players were able to compete at Wimbledon during the apartheid era, when the nation was largely blocked from participating in international sport.