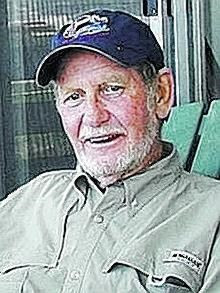 United States Olympic gold medal-winning sailor Gerald Click Schreck has died at the age of 83, it has been announced.

Schreck won the Dragon class at Mexico City 1968 with George Friedrichs and Barton Jahncke on the boat Williwa.

Schreck was born into a family of sailors and sailmakers, a trade learned from his German father

Schreck moved to New Orleans after graduating from high school in Pensacola in Florida, where he joined the Southern Yacht Club (SYC).

He sailed with Jahncke as crew under helmsman Friedrichs and this Louisiana trio won the North American Dragon Class Championship in 1965, 1966, and 1967 before taking the Olympic title.

Until 1964 the three had been competitors, each standing out for a different skill, taking turns beating each other.

But the SYC recognised their strengths and pulled the young men together.

The SYC, the second oldest yacht club in the US, had not won Olympic gold since Gilbert Gray won the star class at Los Angele 1932 and were prepared to invest resources in the three youngsters.

After club officials approached them, Jahncke was initially reluctant.

He had a job, a wife and child.

Eventually he agreed and the next four years it was all about the Olympics.

They travelled to race destination in Canada, California, Texas and Denmark.

In Texas they beat Bob Mosbacher of the America’s Cup Mosbacher family.

Mosbacher, silver medallist in World Championships Dragon class in 1967 in Toronto and winner of the gold at Palma de Mallorca in 1969, later became Secretary of Commerce under President George H. W. Bush.

At Mexico City 1968, the American trio were dominant.

They won four of the seven races and finished second in two others.

Their lowest position was sixth as they scored 17.7 points, leaving them a long way ahead of the silver and bronze medallists Denmark and East Germany, respectively.

Much of the Olympic success the three sailors from the SYC were down to Schreck’s skill as a sailmaker.

"Click had this little sail loft and made the fastest sails in the world for four years," Jahncke said in an interview with the Sturgis Journal in July 2020.

There was no official photographer for the Olympic medal ceremony at Mexico City 1968 and Barton’s father, who had finished second to Gray in the US Olympic Trials for Los Angeles 1932, took the only picture on record.

The Dragon class, a one-design keelboat designed by Norwegian Johan Anker in 1929, was introduced as an Olympic event at London 1948 and made its last appearance at Munich 1972.

Schreck died in Pensacola on April 2.