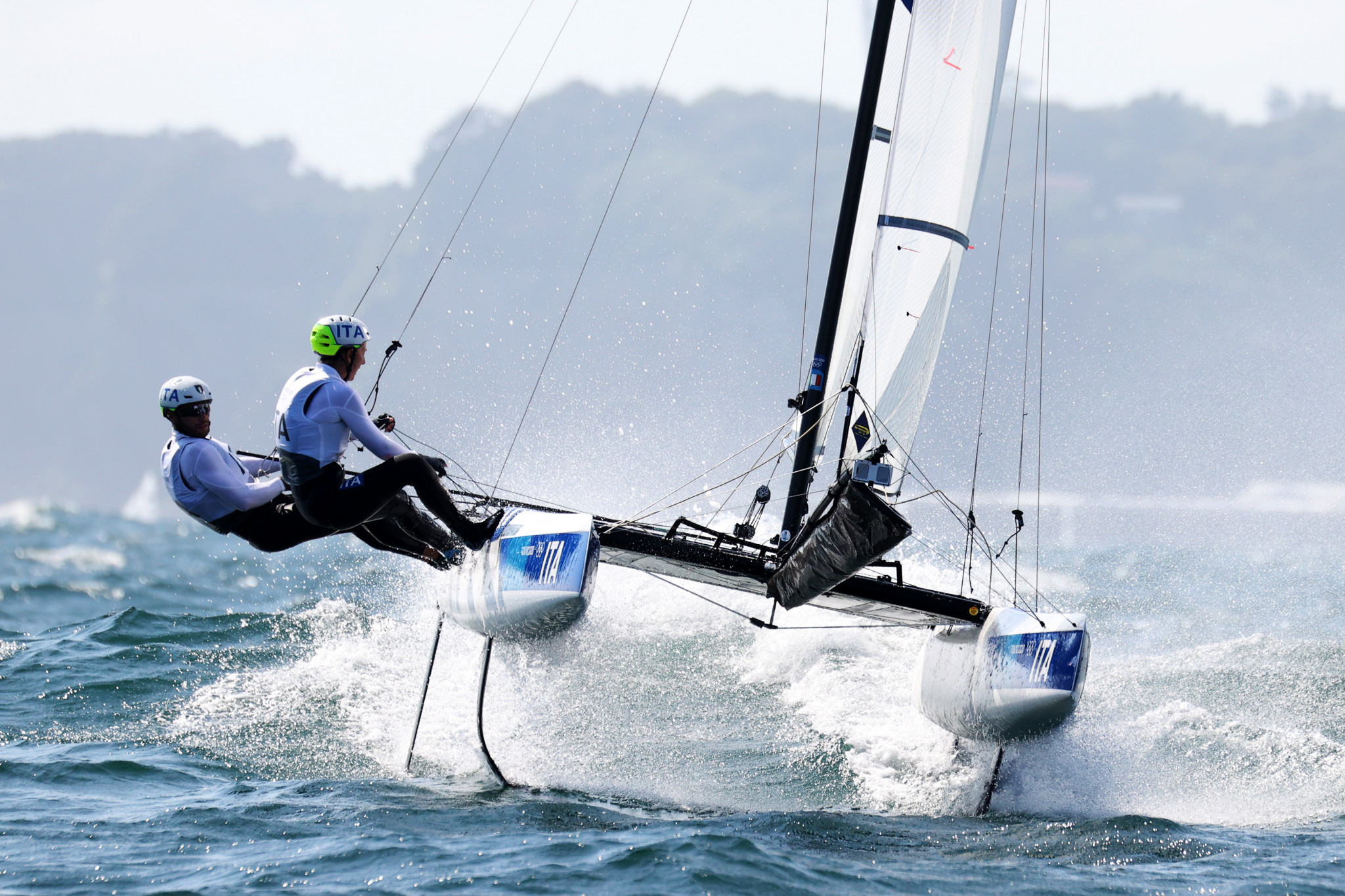 Italy's Ruggero Tita and Caterina Banti were crowned the overall winners of the Trofeo Princesa Sofía Mallorca today in the Bay of Palma as they dominated the Nacra 17 division to kickstart their Hempel Sailing World Cup campaign.

The opening regatta of the season is unusual in that it has an overall champion.

The winner is the boat with the lowest average number of points after dividing the total points in the event by the number of races completed, including any discards.

Tita and Banti won nine of their 13 races to take a comprehensive victory.

The Tokyo 2020 champions won their class by a huge 36-point margin before finishing ahead of Sinem Kurtbay and Akseli Keskinen of Finland and Britain's John Gimson and Anna Burnet.

"It feels good to win four years later, at the same point in the Olympic cycle.

"Also it is great to win overall in the whole regatta."

In the men's iQFOIL, Luuc van Opzeeland of The Netherlands flew into an early lead in the decider, but Britain's Andy Brown battled back to take the lead and secure a deserved gold medal.

"The French and Dutch guys were really gunning for me," said Brown after what was his first victory on the Hempel World Cup Series.

"I like to think I respond well to pressure and I did when I messed up.

"I got a bit of redemption there.

"This is a great confidence boost.

"I want to go to the Olympics and win and so I needed to start winning some time and now it feels good that I have."

Hélène Noesmoen has dominated the women's iQFOIL all week and topped it off with a crucial win in the medal round.

Michael Beckett of Britain held off a strong challenge from reigning Olympic champion Matt Wearn of Australia to sneak victory in the ILCA 7 as Canada's Sarah Douglas was delighted with her triumph in the ILCA 6.

Meanwhile, Jordi Xammar and Nora Brugman of Spain cruised to gold in the 470 Mixed.

The Hempel World Cup Series is set to stop in The Netherlands for its next leg.

Competition will be split across two locations in Almere and Lelystad.