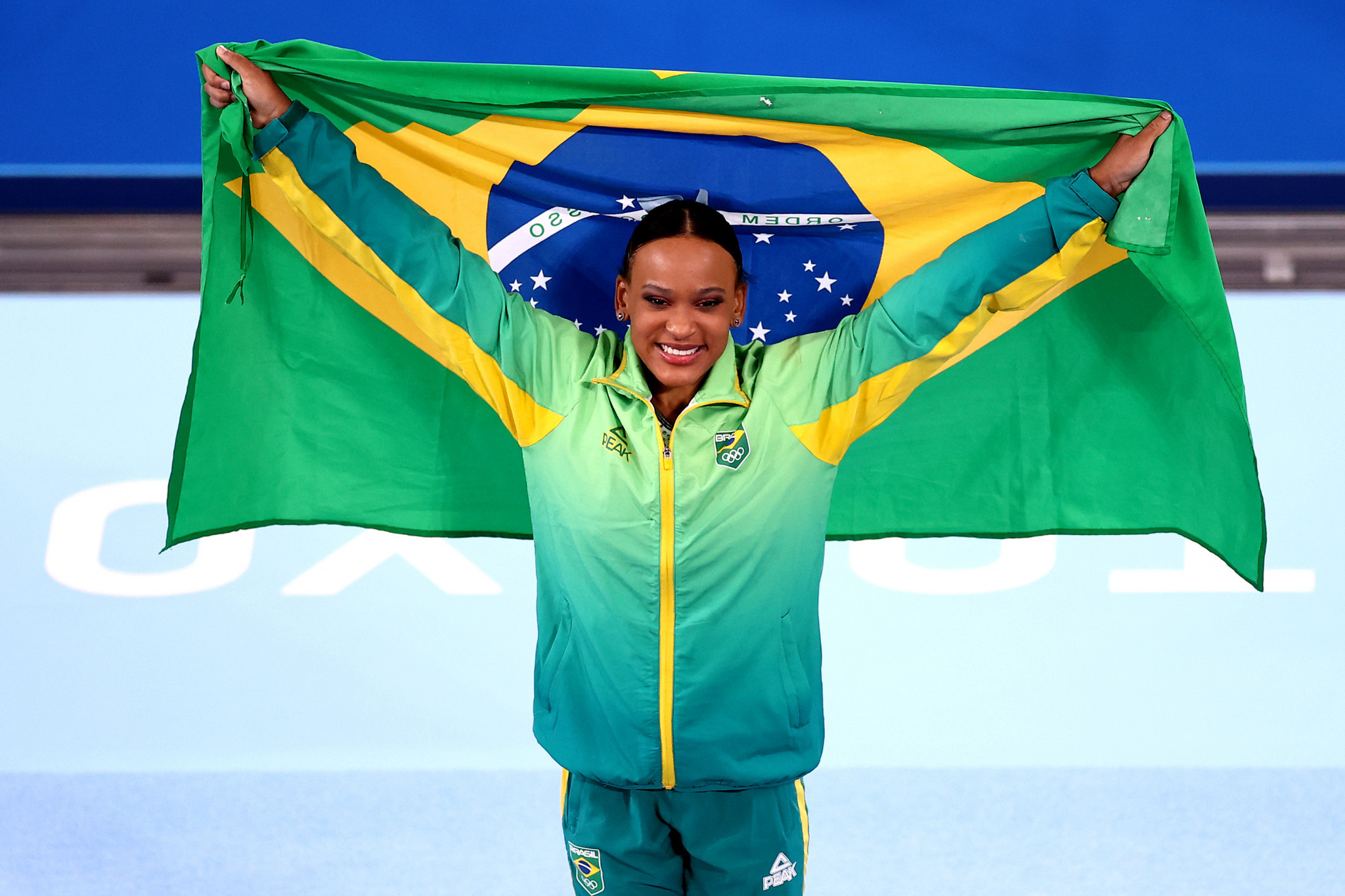 Gymnast Rebeca Andrade has been gifted the vaulting table she used to win a gold medal at Tokyo 2020 by the Brazilian Olympic Committee (COB).

Paulo Wanderley, the President of COB, received a notice from the event material supplier about the idea of donating the equipment and this began the process of organising the surprise at the COB training centre in Rio de Janeiro.

"When I saw the gift, I was very happy because I recalled everything I felt over there in Tokyo," Andrade, who became Brazil's first female Olympic champion in gymnastics, said.

"I also felt that people really understood the importance of this to me, to my trainer, and to everyone who helped me achieve my greatest dream.

"It is very touching.

"I feel very proud of everything I did, everything I had to go through to be here today, experiencing another special moment."

Andrade, who won the women's vault gold and the women's individual all-round silver, confirmed the gift designed by Brazilian Sigfried Fisher in 1993, and was used for the first time in Tokyo, will be staying at the training centre as a symbol for gymnasts to admire.

"I think the girls will love to be able to vault on the same table that several other athletes who they also admire have vaulted.

"It is very good to know that I will continue encouraging and strengthening others and that the next generation will feel proud to have touched the same vaulting table and train in the same gymnasium as I.

"This is very important."

COB director of sports Jorge Bichara also cited the significance of having the vaulting table at the training centre that has played a core role in gymnasts winning five Olympic medals for Brazil at the last two Games.

"A medal won by a Brazilian athlete is not restricted to just that person," he said.

"It is a medal of an entire generation of athletes who built that path.

"And Rebeca synthesized this path.

"The coming of this equipment to Brazil and having a delivery ceremony symbolizes the valorisation of the BOC and brings to us the feeling of satisfaction, of closing a cycle and already preparing for the next."

He added: "If the athlete works hard, if they have good conditions to prepare, if they have support as these had, they can achieve the goals in their sports careers.

"This apparatus means this high level, this quality, and brings the emotion of the duty fulfilled."