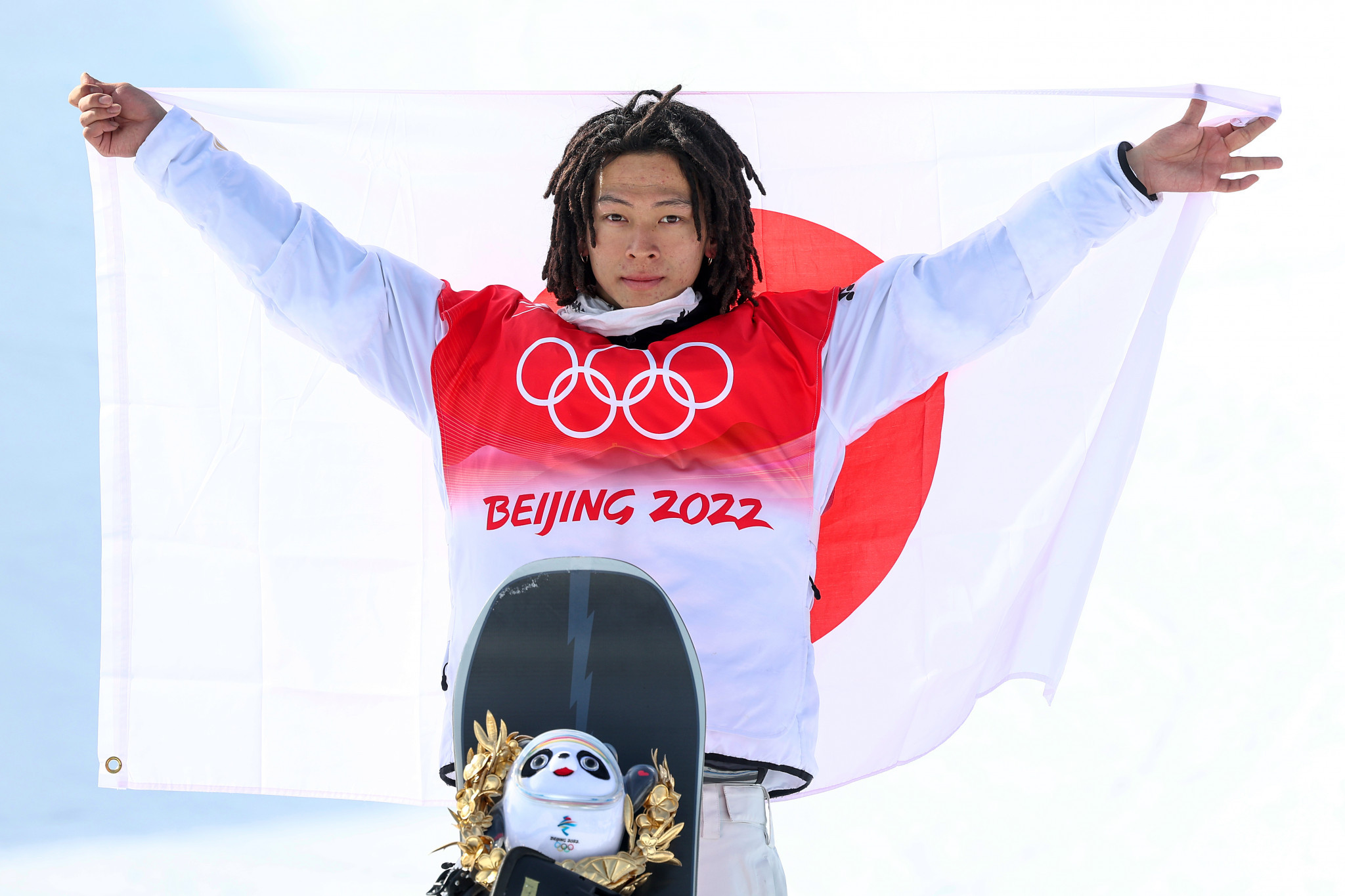 Ayumu Hirano left it until the last run of the men's snowboard halfpipe final to claim the gold medal for Japan at the 2022 Winter Olympic Games, with one of the best routines of his career to stop Australia making history at Genting Snow Park

The Japanese star's 96.00 points saw him overtake Scotty James from Australia, who was within reach of winning his nation's first men's snowboard halfpipe Olympic title, following in the footsteps of the women's gold medallist from 2010, Torah Bright.

Instead, he had to settle for the silver medal with his score of 92.50 points, still an improvement on his bronze medal from Pyeongchang 2018.

Hirano, the International Ski Federation Snowboard World Cup champion in halfpipe this season, lived up to expectations in the last run, having been marked just below the Australian on run two with 91.75 points.

Jan Scherrer's best came in the second run much like James, scoring 87.25 points for the bronze medal.

The Swiss snowboarder's effort meant that American snowboarder and three-time Olympic champion Shaun White missed out on making the podium in the event at his final Games, finishing fourth.

White was in tears in his post-final interview.

"I wish I could have landed my last run, but I was having some difficulty in my back leg for some reason, it was giving out on every run, I don't know why," he said.

White continued: "Maybe it was the pressure, maybe it was just exhaustion.

"Really challenging, but that's OK, that's it, I'm done. I'm so thankful for my career, thankful to China for having us.

"It's been a journey, I'm just so happy, and thank you all from the bottom of my heart.

"Sorry you're going to get me ugly crying here, but I'm not upset about the result.

"I would have loved to put it down. I made it happen for two runs and I couldn't hold on for the last.

"It's hard for me not get hung up on that last run, I wanted it so badly.

"I'm proud of the runs I put down, I'm proud to be here for my last goodbye."

Fellow American and early leader Taylor Gold was fifth, in front of Valentino Guseli of Australia.