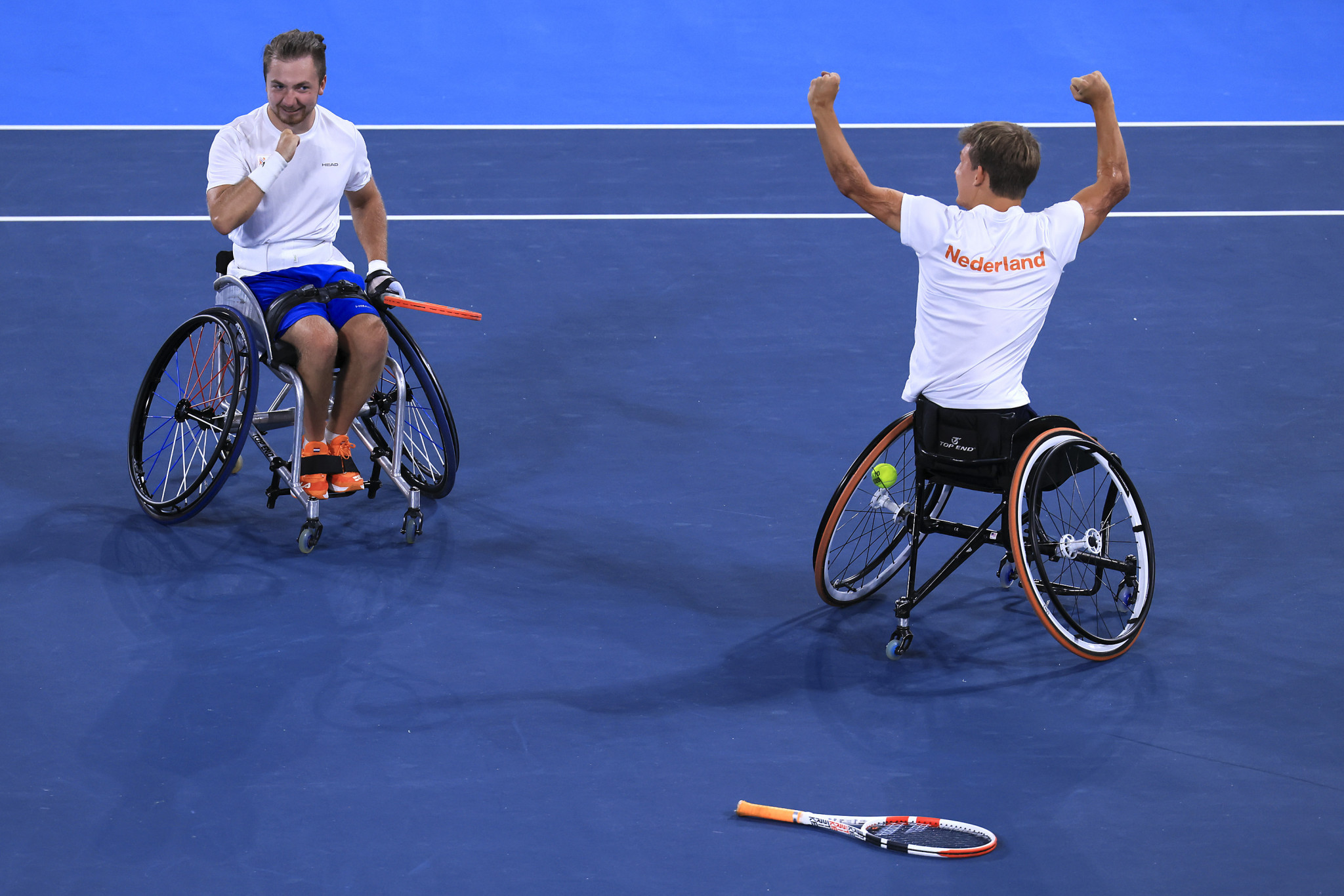 The pairs met in the final at the re-arranged Paralympic Games in Tokyo last year, where the Dutch duo triumphed in straight sets, and they repeated the feat in the semi-finals at the Rod Laver Arena.

Home favourites Alcott and Davidson had lifted this title at the Australian Open in the previous four years, but Schröder and Vink dominated the first set and won it 6-1.

The second set went to a tiebreak, which Schröder and Vink clinched 7-3 to secure victory.

Their opponents in the final will be Briton Andy Lapthorne, a five-time winner in Melbourne, and eight-time quad doubles Australian Open champion David Wagner of the United States.

Lapthorne and Wagner won a deciding tiebreak 10-6 against South Africa's Donald Ramphadi and Japan's Koji Sugeno, after both had won one set each.

There was an upset in the men's doubles as second seeds Joachim Gérard of Belgium and Stéphane Houdet of France were beaten 6-3, 6-2 by Argentinian Gustavo Fernández and Japan's reigning singles Paralympic champion Shingo Kunieda.

Houdet finished as runner-up at last year's Australian Open and triumphed at Tokyo 2020 playing with compatriot Nicolas Peifer, while Gérard has taken the singles crown once and doubles crown twice at this Grand Slam.

Top seeds Alfie Hewett and Gordon Reid, the British defending champions, had no such difficulties in their semi-final, beating The Netherlands' Tom Egberink and Australia's Ben Weekes 7-5, 6-2.

Lucy Shuker of Britain made the final for the second consecutive year, this time playing with Japanese partner Yui Kamiji, a five-time doubles winner at this tournament.

They saw off The Netherlands' Jiske Griffioen and China's Zhu Zhenzhen 6-2, 6-3.

The wheelchair singles semi-finals are due to be held tomorrow, including Alcott competing in his final event against Lapthorne at the Kia Arena.