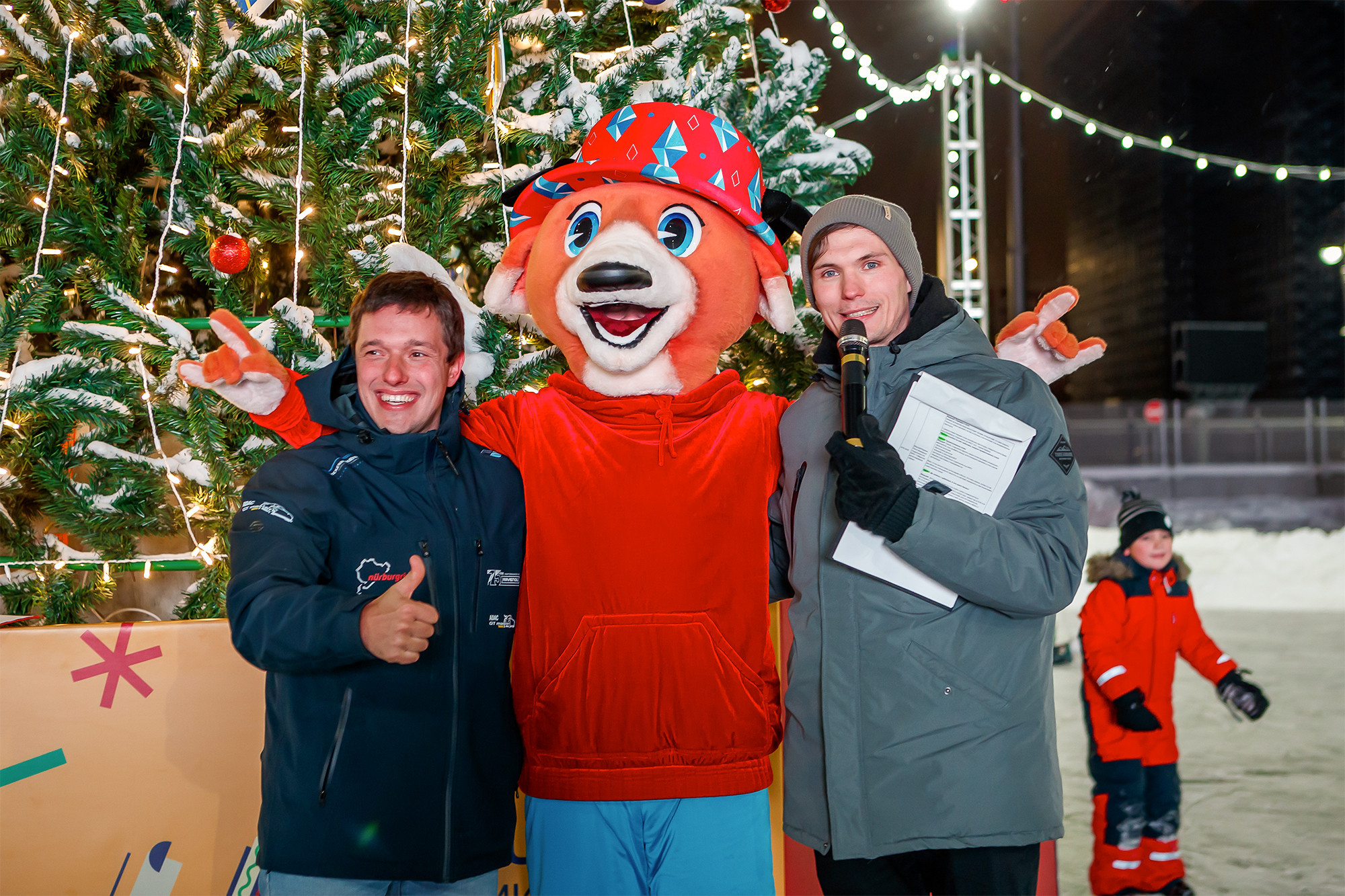 The rink is based at the Yekaterinburg Arena in the Russian city, also known as the Central Stadium, which will serve as the main venue for the FISU World University Games.

Rapoport skated 2,022 metres on the rink to represent the New Year.

"I want to wish everyone here a happy New Year and good health," Rapoport said.

"The year 2022 is almost here, which means less and less time remains until a very important and exciting event for our city, the Yekaterinburg 2023 FISU World University Games.

"Do visit the skating rink during the holidays to get your dose of energy and positive emotions out in the fresh air."

Yekaterinburg 2023 ambassador and rally driver Sergei Kariakin also took part in the opening of the rink, posing for photos with guests.

Volunteers for the 2023 FISU Games created flash mobs for the Opening Ceremony, with ice skating, drum performances and quizzes held, and the event's mascots Cedry, Heaty and Yaggi also in attendance.

The skating rink features sculptures of the mascots, and provides visitors with information about the summer edition of FISU's flagship event in 2023.

The expanded rink will be open each day of the week apart from Monday throughout the winter season.

Chengdu in China is set to host the delayed 2021 FISU Summer World University Games from June 26 to July 7 next year, with Yekaterinburg then scheduled to hold its event from August 8 to 19 in 2023.