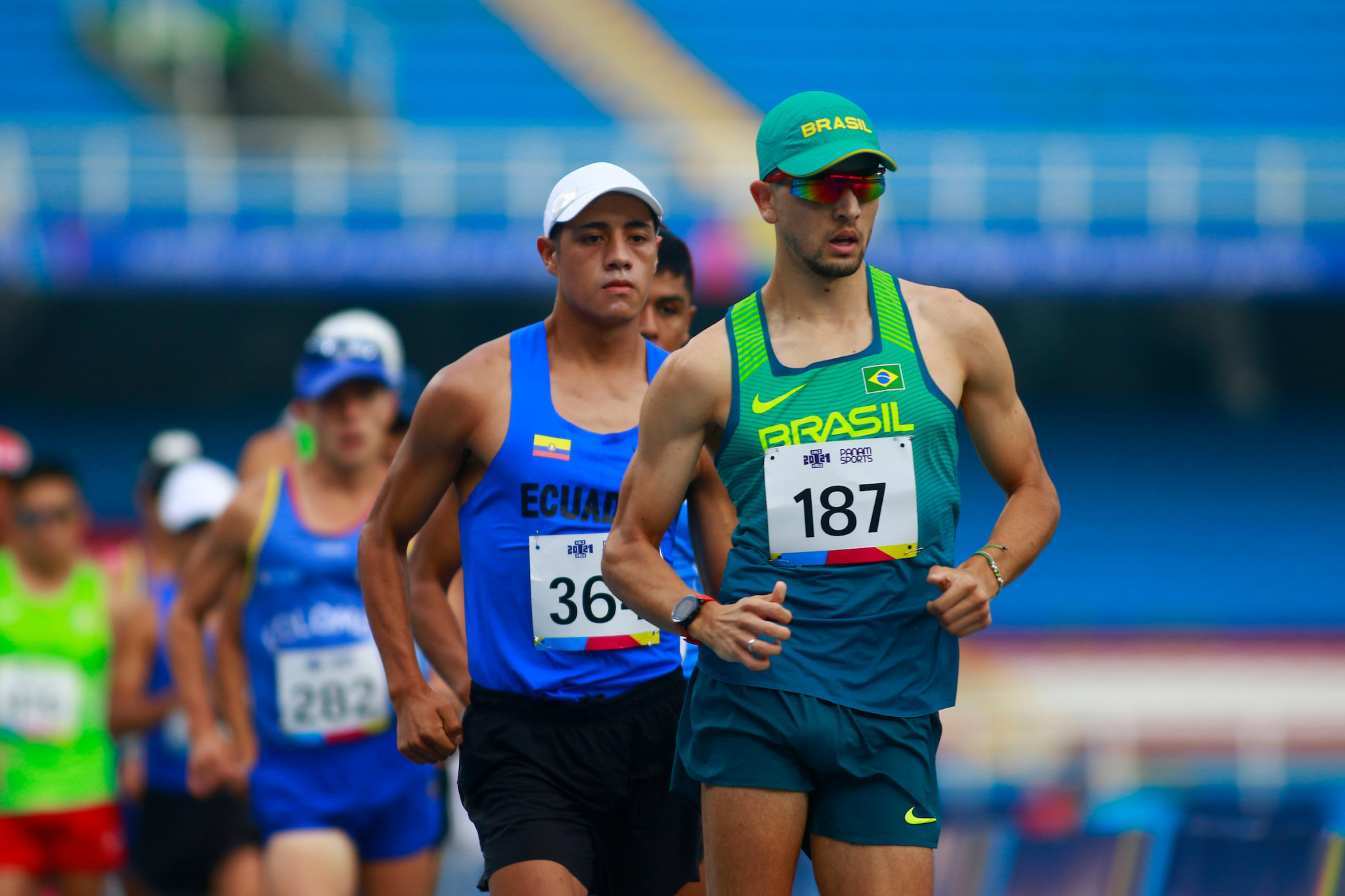 Hurtado claimed the victory after 1 hour 21min 55sec but it was actually silver medallist Matheus Correa who led for most of the way.

The Brazilian, who crossed the line in 1:22:18.90, burst into an early lead with Hurtado and Guatemala's Jose Ortiz just behind.

The trio quickly broke away from the rest of the field, with Hurtado completing the first mile in 6:33.

It only took 16 minutes for him to lap the trailing Peruvian Noe Quispe in last place.

Shortly after the first 5,000m, Juan Soto of Colombia was forced to go into the penalty zone after he lifted both feet off the floor at the same time.

Soto was later disqualified and was in tears at the side of track with his family.

Quispe was also then penalised for the same offence before retiring from the race due to injury.

Correa finally began to slow down and recorded his worst kilometre of the race in the ninth.

Hurtado soon capitalised and overtook him after 43 minutes.

The pair jostled thereafter, exchanging the lead between one another before the Ecuadorian distanced himself by a length of approximately 60m.

The race leaders held their positions until the end.

Hurtado picked up his national flag from a team member on the last lap and held it aloft as he powered down the final straight.

Colombia's César Herrera Cortes narrowly missed out on winning another medal for the host nation as he had to settle for fourth place with a time of 1:25:42.95