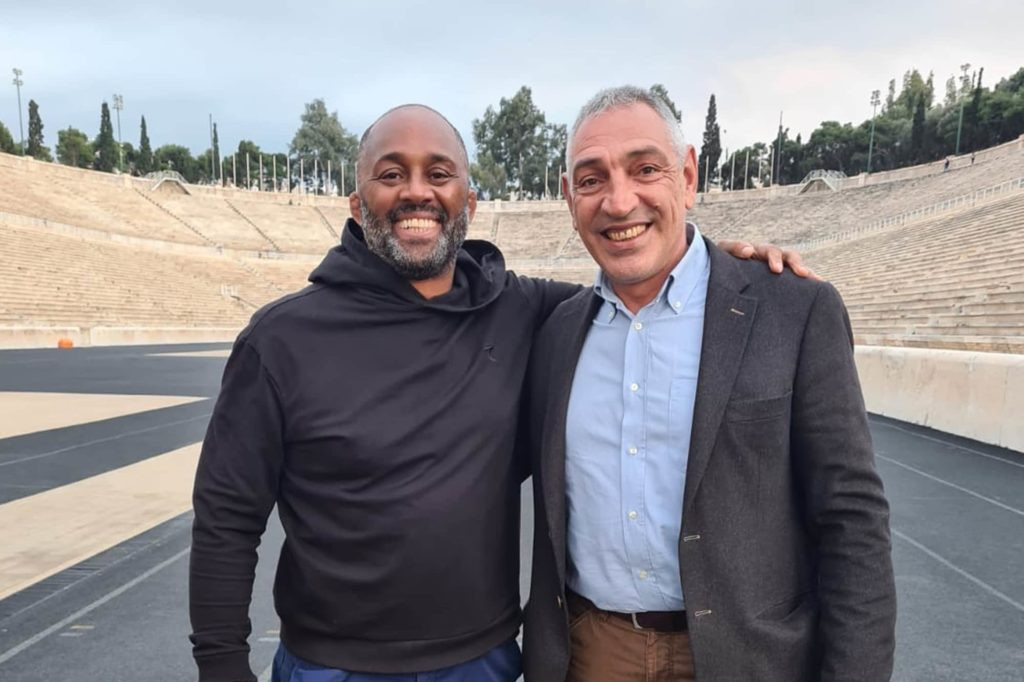 Brown has also met with Greek Olympic athletes on a four-night trip.

The IMMAF President is hoping to use his visit to expand mixed martial arts (MMA) in the country, and the meeting with Dimitrou was billed by the global governing body as "of pivotal importance for achieving this goal".

The pair met at the Panathenaic Stadium in capital Athens, discussing sport development in Greece and a strategy for the future of amateur MMA.

"The future growth of IMMAF depends on the determined development work and good governance principles shown by our member federations," Brown said.

"It is a pleasure to be here in Athens to see with my own eyes the great steps being taken by our Greek member to grow the sport."

Anti-doping education, safety in MMA and increasing female participation were among the topics discussed during the day.

Dimitrou, who achieved success in a range of disciplines during his sporting career including kickboxing and grappling, took Brown to the EFL Martial Arts Academy in Athens and introduced him to Andreas Michailidis, a Greek athlete who competes for professional MMA promotion the Ultimate Fighting Championship.

Greece has 54 coaches deemed to be at Level One by the IMMAF, and more courses are planned next month.

The PMMAF is hoping to compete at events organised by the IMMAF next year.

Dimitrou expressed his appreciation for the meeting with Brown.

"It was my honour to meet President Kerrith Brown," the PMMAF President said.

"It is a big thing to learn from his experience.

"For the people of the Panhellenic MMA Federation, IMMAF’s support is very good for our organisation."

After spending time with Dimitrou, Brown continued his trip by meeting with Olympic athletes from the Greece, including water polo player and chair of the Hellenic Olympic Committee's Athletes' Commission Voula Kozompoli, to discuss navigating risks associated with social media.

Brown also discussed increasing female participation in sport management with Kozompoli and wrestler Voula Zigouri during a series of discussions with Olympians and Paralympians from Greece, and participated in an MMA festival.