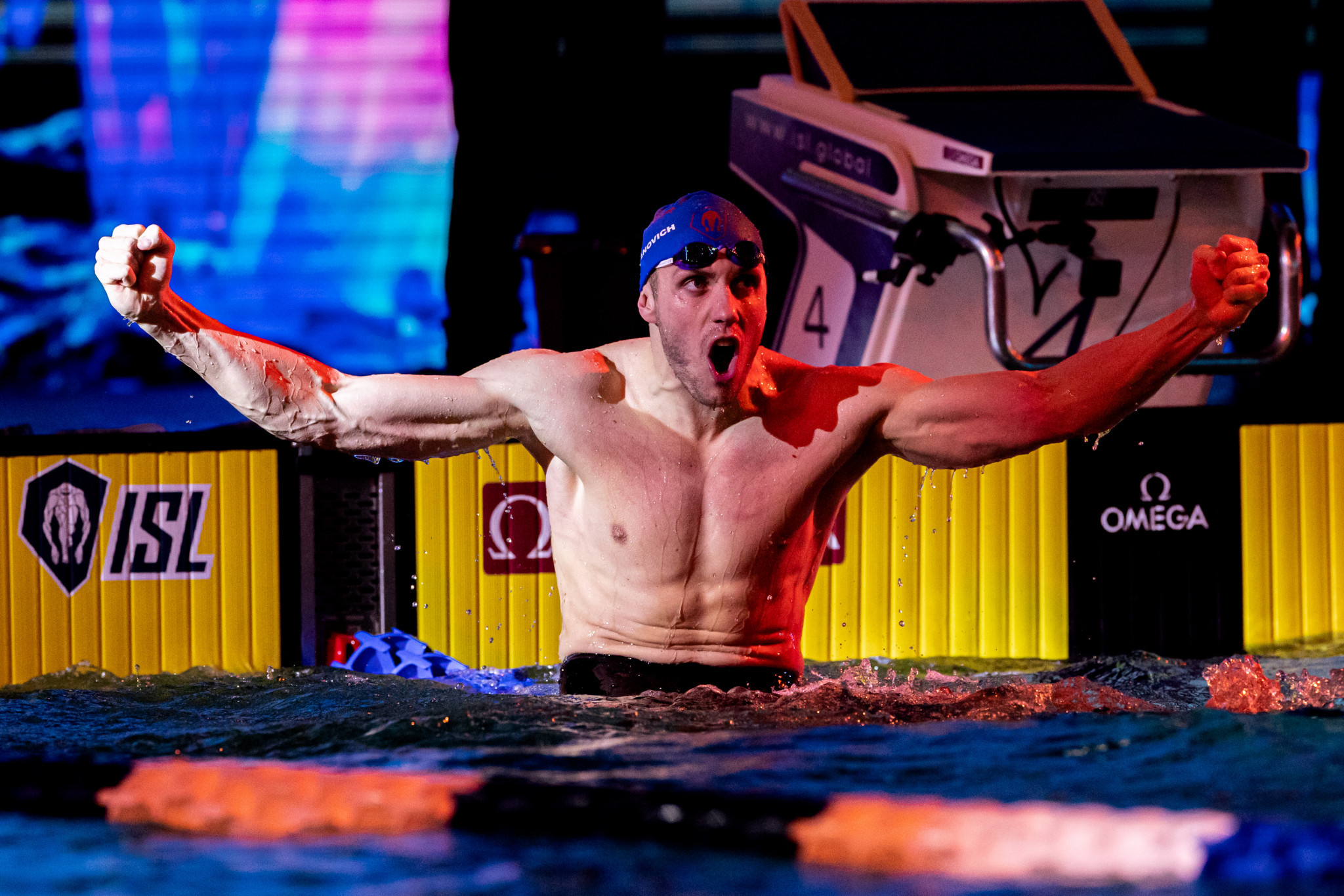 Shymanovich, who finished eighth in the Tokyo 2020 Olympic final, swam over long-course, powered home in 55.32sec, shaving 0.02 sec off his previous world record.

It completed an excellent two days for Energy Standard, who dominated the third ISL playoff match.

Shymanovich also secured victory in the 200m breaststroke, as well as his 100m world-record victory.

Russia's Evgeny Rylov cruised to victory in the 200m backstroke.

Energy Standard finished day one with an unassailable lead of 286 points to the Toronto Titans' 225 points.

The team compounded their advantage on day two, eventually winning with 583 points.

The Titans claimed second with 407 points, and Aqua Centurions finished third on 390.