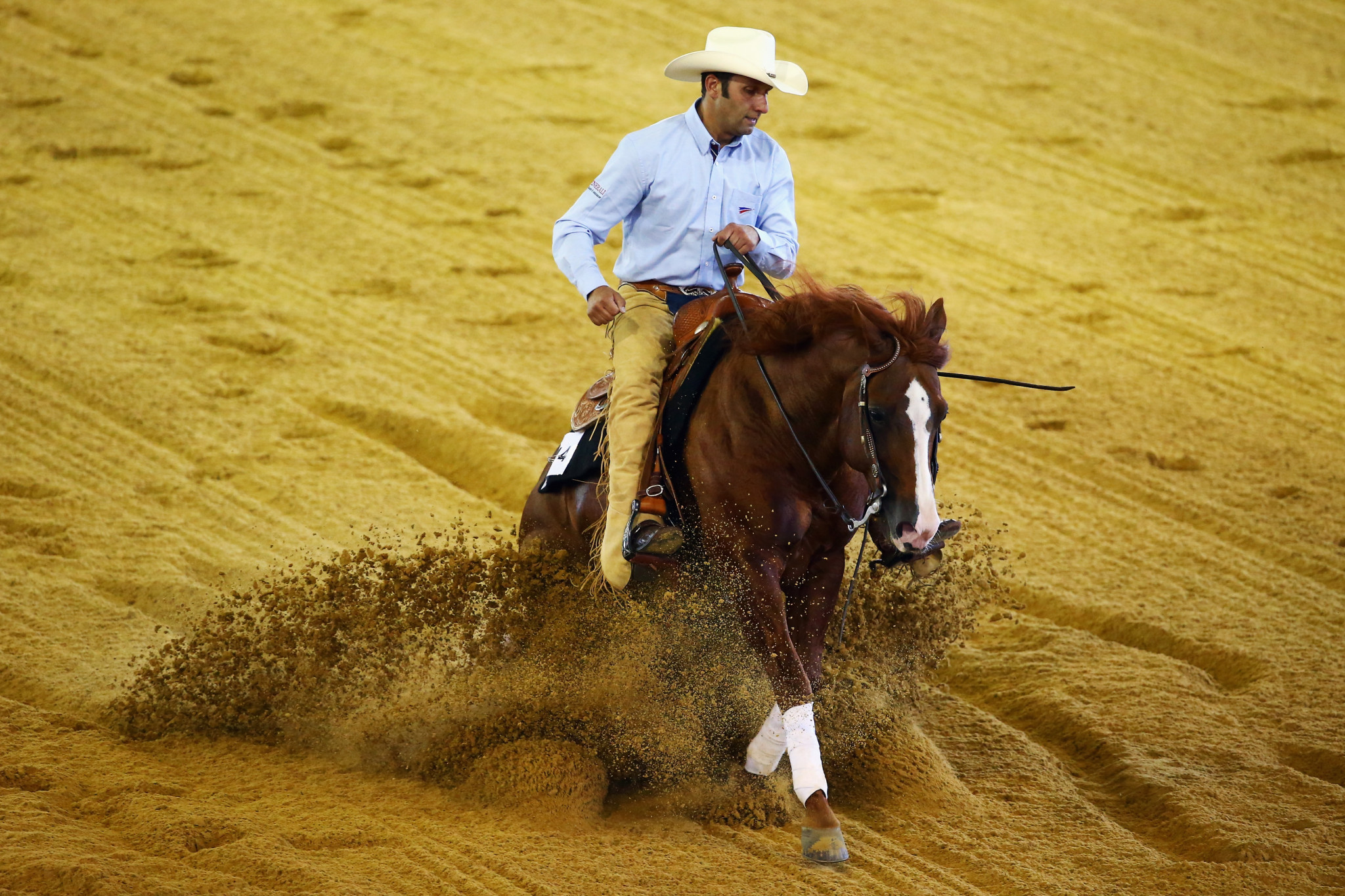 The International Equestrian Federation (FEI) has removed reining as one of its disciplines, after modifications to its Statutes were approved at an Extraordinary General Assembly.

The FEI Board decided last month not to sign a new agreement proposed by the National Horse Reining Association "because it considered it devoid of any meaningful commitment."

It agreed to maintain a decision taken in June to ask the General Assembly for the removal of reining as a discipline because "as per the FEI Statutes, the FEI shall be the sole governing body for the FEI Disciplines, which is not the case for reining."

An Extraordinary General Assembly is required for changes to the Statutes.

More than 230 delegates were present in Antwerp in Belgium alongside the online presence, with 117 of the 136 member National Federations (NFs) represented.

A total of 52 NFs attended in-person, with eight proxies, and 56 online with one proxy.

Delegates at the Extraordinary General Assembly approved the modifications to the FEI Statutes, which included the removal of reining as one of the governing body's disciplines.

However, the FEI pledged to "support initiatives from National Federations to preserve the FEI reining legacy."

An Extraordinary General Assembly in November 2019 had voted to retain the reining discipline.

Reining had been one of seven equestrian disciplines operated by the FEI alongside jumping, dressage and Para dressage, eventing, driving and Para driving, endurance and vaulting.

In his opening remarks, FEI President Ingmar De Vos praised the organisation for its response to the COVID-19 pandemic and the equine herpes virus in Europe.

"This has been draining and overwhelming at times, but as I stand here I am proud and humbled by the strength of our community and our resilience in the face of adversity," De Vos said.

"We showed true resourcefulness, but especially we showed a positive and proactive community that can move forward and embrace change."

He added the FEI needed to highlight the importance of the social licence to operate equestrian sport,

"We must continue to educate the non-equestrian community about equestrian sport and our values as there is a lot of misinformation which exists out there and could threaten the integrity of the sport we love," De Vos claimed.

The International Modern Pentathlon Union earlier this month controversially removed riding from its sport from the Los Angeles 2028 Olympic Games, following a horse-abuse scandal at Tokyo 2020.

At the FEI General Assembly, the National Federation of Nepal was approved as an Associate Member.

During a financial report, delegates at the General Assembly were told that a reduction in commercial revenue was largely because of the cancellation of events.

The 2020 accounts and auditors' report were approved.

NFs voted in favour of teams being made up of three members at Paris 2024, and the qualification system for the next Olympics and Paralympics was approved.

Committees for each of the FEI's disciplines then reported to the General Assembly, with rule modifications improved in each of them, followed by the Veterinary Committee, Medical Committee, Athletes' Committee, Solidarity Committee and Nominations Committee.

Cesar Torrente of Colombia was re-elected to the FEI Tribunal, with Armand Leone of the United States and New Zealand's Philip Cornegé also voted in.

A commercial report, which included the FEI's first involvement with esports through the eDressage World Tour and eJumping World Tour, was followed by an overview of FEI Tribunal decisions and a report of the Equestrian Community Integrity Unit.

World Horse Welfare chief executive Roly Owers said: "The idea behind social licence is that we must be transparent, ethical and accountable for what we do.

"We must do right by our horses - and be seen to be doing so.

"If we are not, we risk losing our social licence and face dwindling support, and potential intervention by outside regulation."

Lausanne in Switzerland was confirmed as host for the FEI Sports Forum on April 25 and 26 2022, with a special centenary celebration planned.

Recognitions were then provided to several officials, including five outgoing chairs.