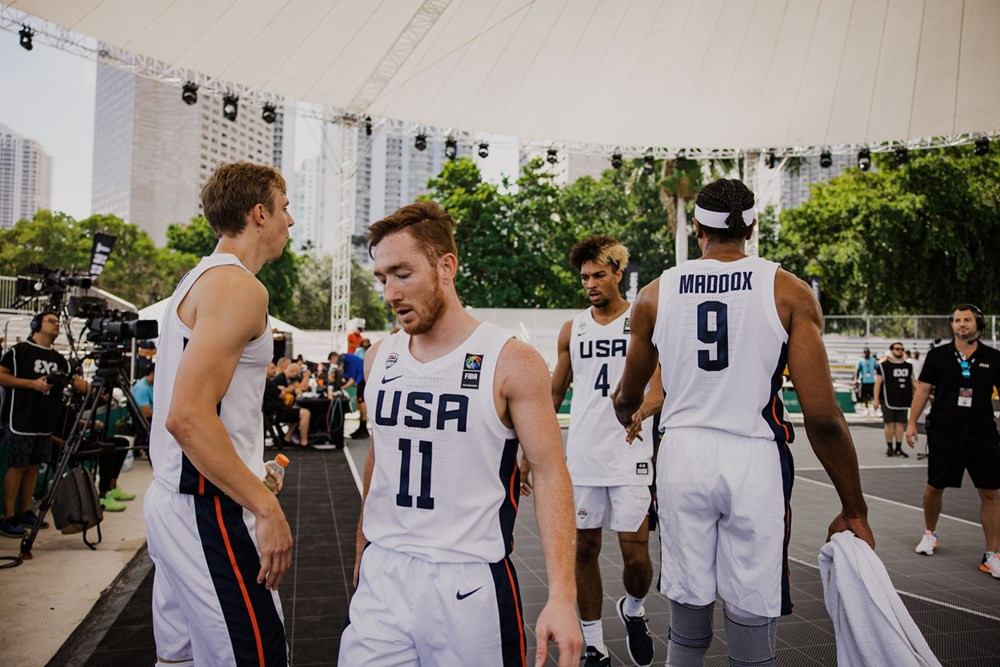 The United States won both the men’s and women’s titles at the inaugural FIBA 3x3 AmeriCup title in Miami.

The US were top seeds in the men’s event at Bayfront Park and justified their favouritism by beating third seeds Brazil 21-15 in the final to claim gold.

Earlier the US had reached the final by beating Jamaica 22-17 and Puerto Rico 21-17 to make the final, while Brazil overcame Mexico 20-13 and Dominican Republic 20-15.

Elsewhere in the quarter-finals Puerto Rico edged out Saint Lucia 21-19, ending a dream run for Saint Lucia which saw them reach the knockout stages on their first official 3x3 appearance, while Dominican Republic beat Canada 21-17.

In the women’s competition, Olympic champions the US started as second seeds, and clinched gold after beating Brazil, who had earlier eliminated top seeds Canada in the last four.

The US triumphed 21-9 after the fourth seeded Brazilians in the final, with the Canadians finishing third after winning 18-12 against Puerto Rico.

Brazil reached the final by beating South American neighbours Argentina 21-8 in the quarter-finals, and then upsetting Canada 20-13 in the semi-finals.

The US had earlier defeated the Dominican Republic 21-7 and Puerto Rico 21-11 to secure their place in the final.

The other quarter-finals earlier in the day saw Canada beat Mexico 20-6, while Puerto Rico sprung a surprise by edging past third seeds Chile 15-13.