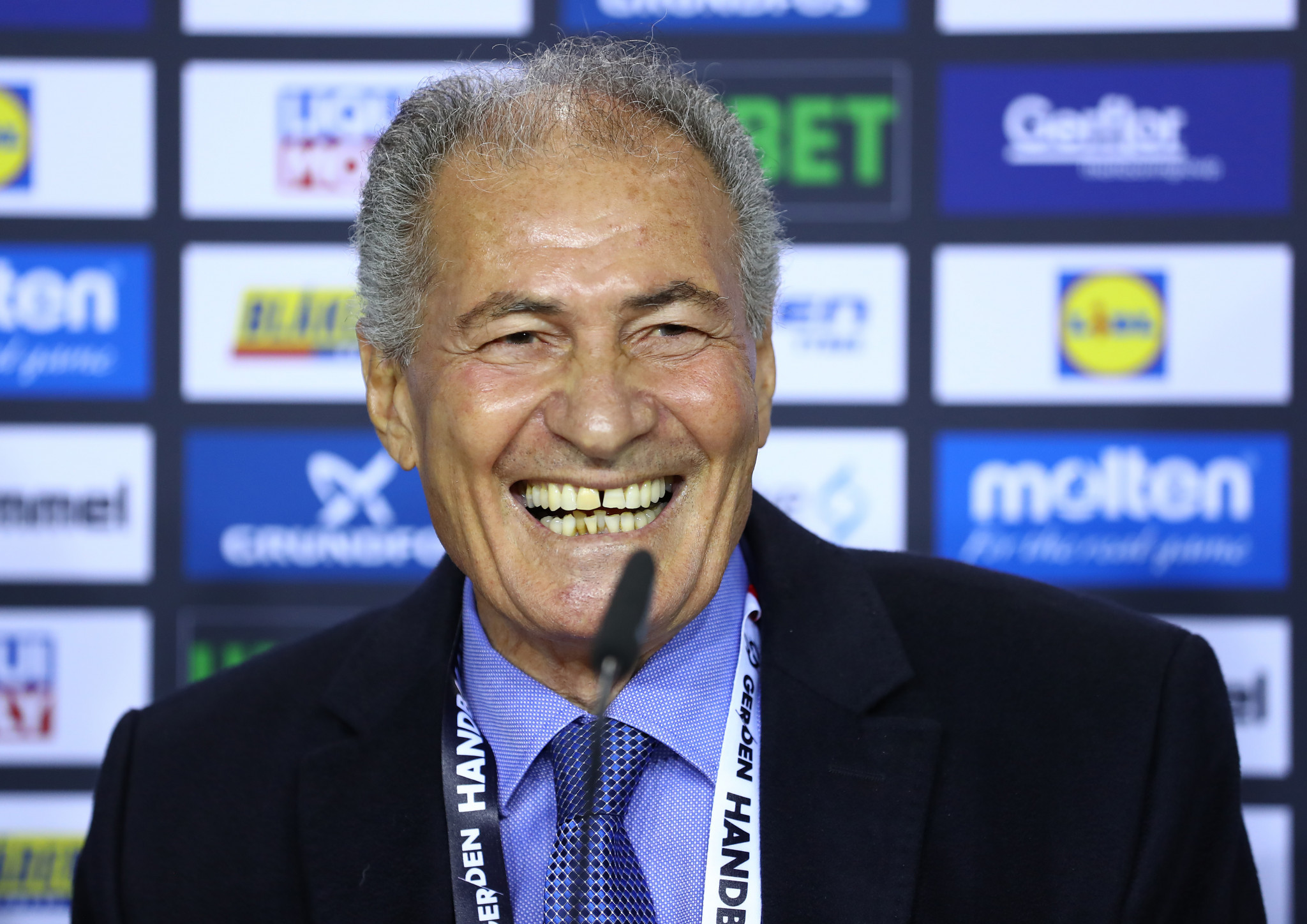 The Egyptian official is the sole candidate standing for the position, which would see him start a sixth term in office.

It will be the third consecutive vote where the Egyptian official, who was first elected as IHF President in 2000, has stood unopposed.

Moustafa, a former vice-president of the Association of Summer Olympic International Federations, will be 81 by the time his newest mandate expires in 2025.

Sweden’s Anna Rapp is poised to be re-elected IHF treasurer.

The chairs of the several IHF commissions will also be elected, including Organising and Competition, Playing Rules and Referees, Coaching and Methods, and Development.

The chair and members of the Arbitration Tribunal will be determined, as well as the Ethics Commission.

/2
Read the document: Pâquerette Girard Zappelli, IOC's Chief Ethics and Compliance Officer, calls on @IHF_info president Hassan Moustafa to prevent the re-election of Sheikh Ahmad and the 'breach of the general principles of ethics and good governance'. This is serious ... pic.twitter.com/1YKCxJAbmJ

The Congress will begin following meetings of the IHF’s continental associations tomorrow.

The future of Sheikh Ahmad Al-Fahad Al-Sabah should be discussed at the Asian Handball Federation (AHF) President, after being found guilty of forgery in a court in Switzerland and sentenced to 13 months in prison.

Sheikh Ahmad has vowed to appeal the decision, which was made in September.

Paquerette Girard Zappelli, Chief Ethics and Compliance Officer of the IOC, has reportedly written to Moustafa calling for him to take "appropriate measures" after deeming his potential re-election as AHF President would "breach the general principles of ethics and good governance".

The future of Egyptian Handball Federation President Hisham Nasr will be discussed during the IHF Congress.

Nasr was suspended by the IHF in February for "serious and repeated violations of the COVID-19 medical precaution plan during the 2021 IHF Men’s World Championship".

The Congress will hear reports on rule changes and ratifications made by the IHF Council, including player eligibility and transfer between nations.

Athlete uniform regulations in beach handball will also be discussed.

This follows confirmation that the IHF has adapted rules, which will now require female athletes to wear "short tight pants with a close fit."

Regulations had previously required women players to wear bikini bottoms "not more than 10 centimetres on the sides."

The change follows widespread criticism over the €1,500 (£1,270/$1,740) issued after Norway's players wore shorts instead of bikini bottoms during the bronze medal match against Spain at the Women's European Beach Handball Championship in July.

Rules for wheelchair handball, four and six-a-side, will be presented as well as the competition manual for the IHF Wheelchair Handball World Championships.