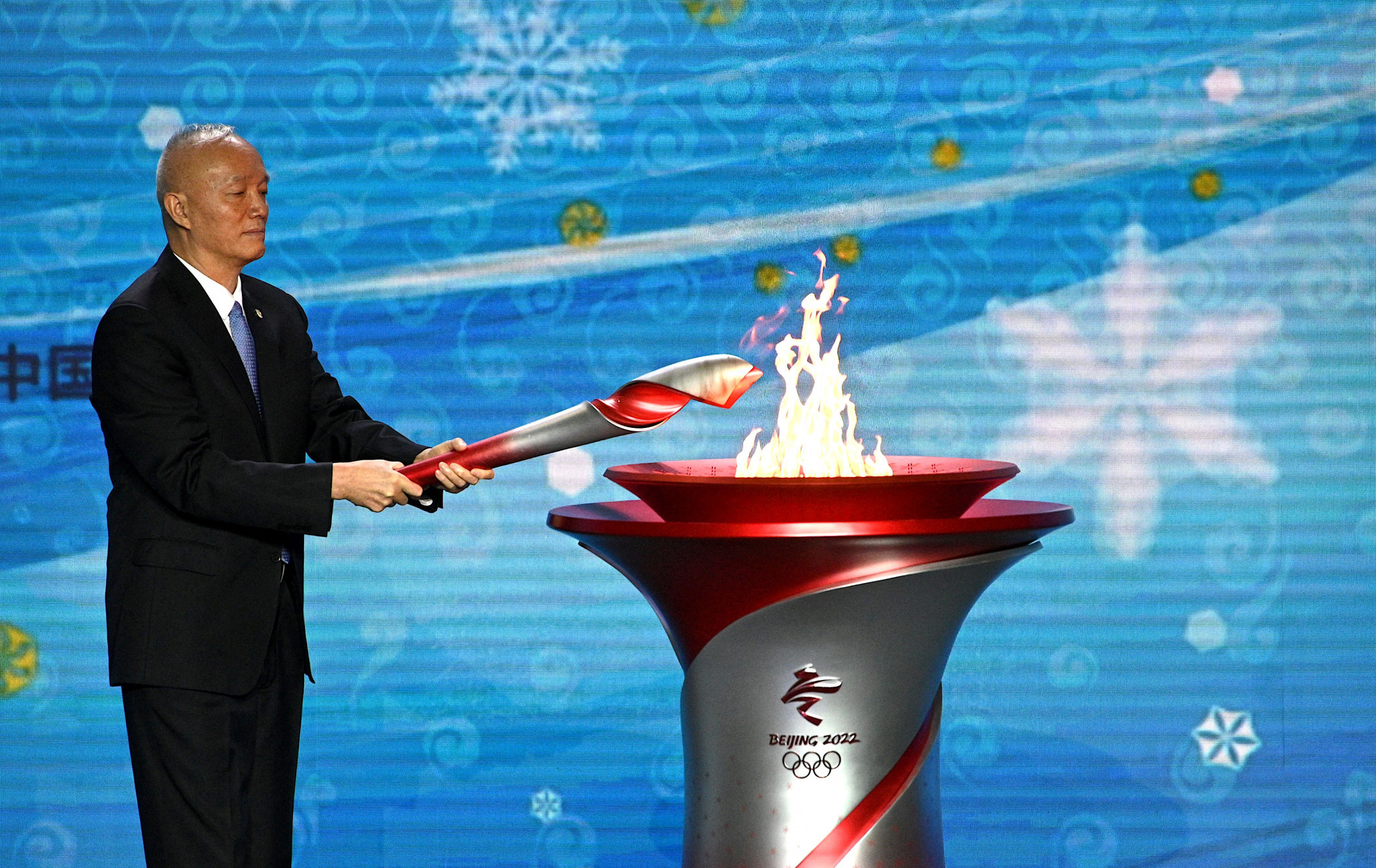 Beijing 2022 has announced plans for a scaled-back domestic Torch Relay with the Flame now touched down on Chinese soil.

Cai Qi, the Beijing 2022 President, ignited a celebratory cauldron at Olympic Tower, close to the Bird's Nest stadium which was the centrepiece of the 2008 Summer Olympics in the city.

Chinese state media said that the "the scale of the Torch Relay will be reduced to ensure the health and safety of the public", amid coronavirus concerns.

Yu Zaiqing, a Beijing 2022 vice-president and an International Olympic Committee member, received the lantern with the Flame at the Handover Ceremony here yesterday.

This followed the Flame being lit - as is tradition - at Ancient Olympia on the previous day.

After its display at the Olympic Tower, the Flame will begin a "Health, Joy and Energy" exhibition tour of China.

It is also understood that there will be an online Torch Relay before the real thing begins on February 1, leading up to the Opening Ceremony on February 4.

This will see the Flame visit the Olympic competition hubs of Beijing, Yanqing and Zhangjiakou.

It has been reported that there will only be 1,200 Torchbearers in total.

"The COVID pandemic is still raging in the world," said Yu.

"Under the principle of always placing the lives and health of people front and centre, we will have a different but innovative Flame display, one that combines tradition and reality."

The lighting of the Flame in Greece has already attracted demonstrations from people protesting China's human rights record and foreign policy.

There was no domestic Relay around Greece - with organisers claiming this was due to COVID-19 fears.

However, it solved a problem as more protests over issues such as China's treatment of Uyghur Muslims, and its policies towards Tibet, Taiwan and Hong Kong, would have been certain.

China's shortened Relay for Beijing 2022 is in marked contrast to 2008.

After a global Relay which provoked widespread clashes over human rights, the Torch spent more than three months touring China and was even taken to the top of Mount Everest.

Beijing will not be the shortest domestic Relay at a Winter Games, however.

Seventy years ago, when the Relay was first introduced for the 1952 Oslo Games, a Flame was kindled at the cottage of legendary Norwegian skier Sondre Norheim in Morgedal.

This was just two days before the Games began.

When the first winter Flame was lit in Olympia for Innsbruck 1964, the journey was still low key.

It was flown to Vienna and then driven to the host city, before being a lit at the Bergisel hill only a week after first being ignited.