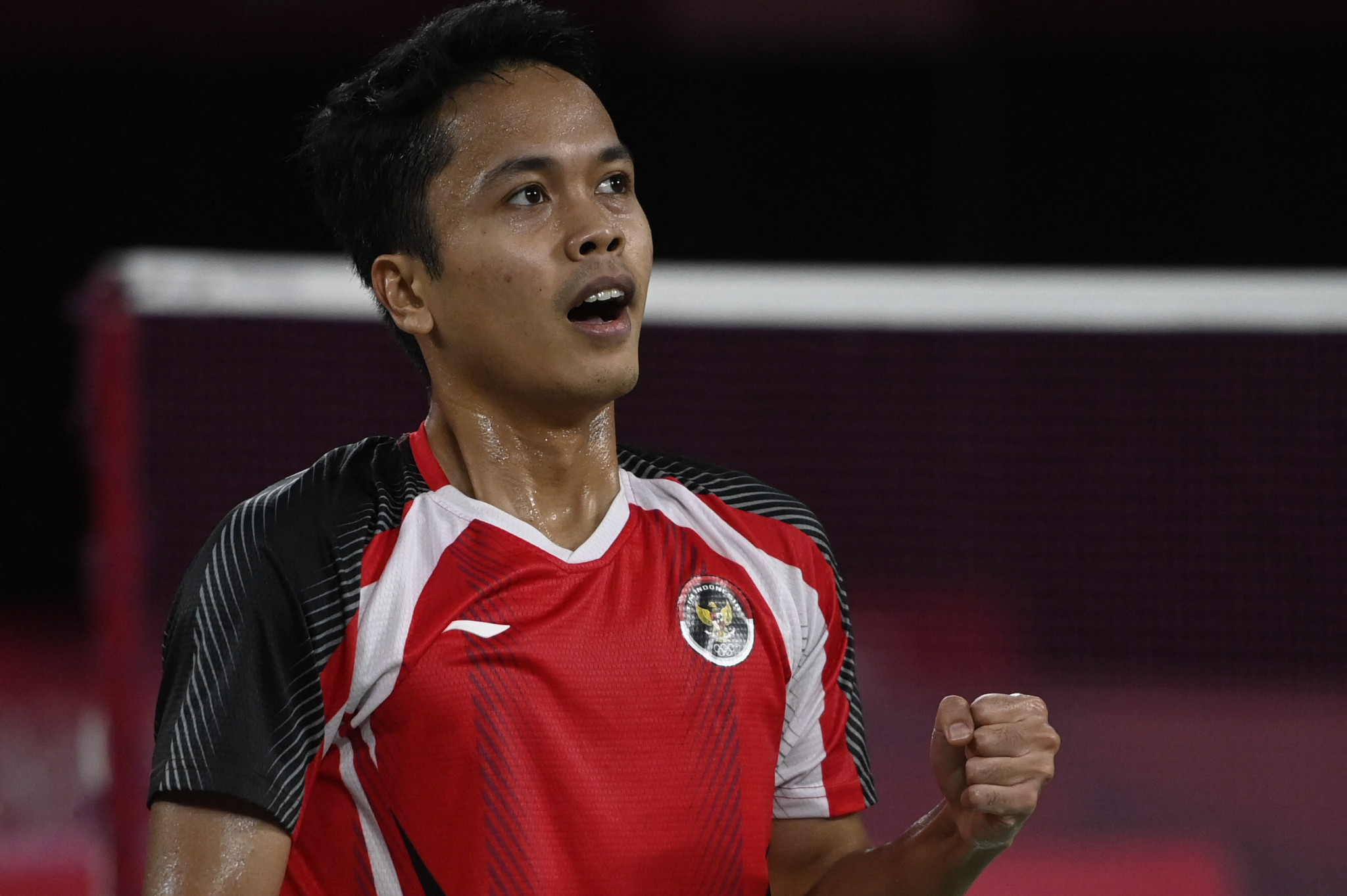 Indonesia's men's singles players turned it on when the country needed it most to beat Chinese Taipei and advance from the Thomas Cup's "Group of Death" in Aarhus.

A Chinese Taipei win could have created a three-way tie for the two last-eight places on offer from Group A at Ceres Arena.

Anthony Sinisuka Ginting got Indonesia off to a good start, beating Chou Tien-chen in straight games, but Wang Chi-lin and Lee Yang followed that up with a Taiwanese doubles win to level the score.

Indonesia's Jonatan Christie beat Wang Tzu-wei in straight games, but a second doubles win for Chinese Taipei - delivered by Lu Ching-yao and Yang Po-han - meant it would go down to the final match.

Anthony Sinisuka Ginting 🇮🇩 is just in the right place at the right time.

The result leaves Indonesia top of Group A and Thailand beat Algeria 5-0 to finish second.

Chinese Taipei are out.

With South Korea and Denmark already guaranteed to advance from Group B, not as much rested on that clash, but Denmark won to top the group.

In the women's Uber Cup, the quarter-finalists were already known but the last-eight draw has now been held.

Defending champions Japan face India, hosts Denmark are up against South Korea, Indonesia will play Thailand and China were drawn against Chinese Taipei.

Those quarter-finals are all scheduled for tomorrow.