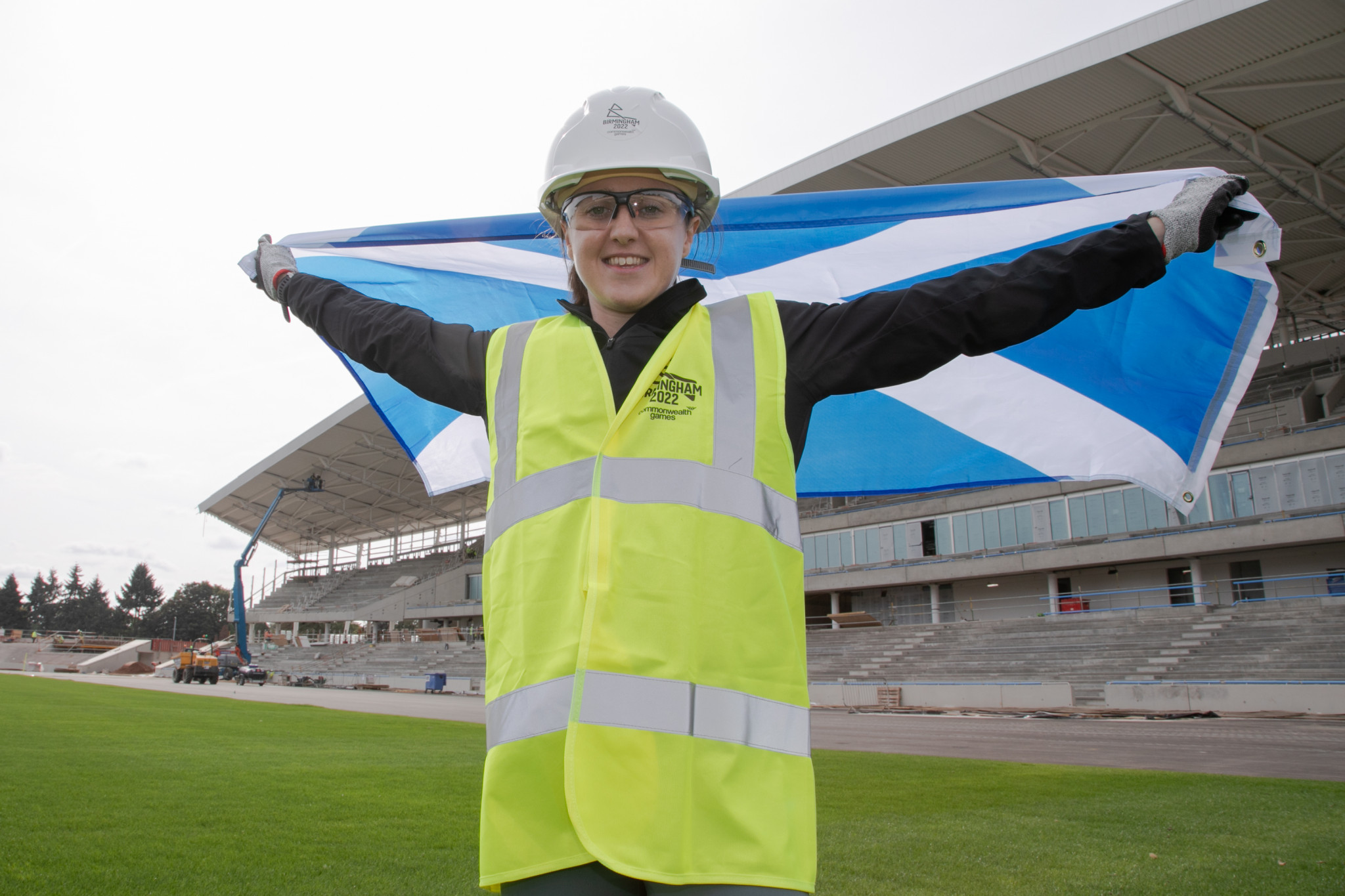 During her visit to inspect the progress on renovations at the Alexander Stadium, Olympic women's 1500 metres silver medallist Laura Muir confirmed that next year's Commonwealth Games in Birmingham will rank highly in her priorities during a congested summer schedule.

A sensational performance at Tokyo 2020 saw her set a British women's 1500m record of 3min 54.50sec to secure silver, but she missed the last Commonwealth Games on the Gold Coast in 2018 as the event took place shortly before her veterinary medicine exams.

Muir told insidethegames here that the opportunity of adding a medal in that competition to her résumé would be one that she would relish.

"It would mean a lot [to earn a Commonwealth Games medal], especially as I don't get to compete for Scotland very often," Muir said.

"I'll have lots of friends and families here to make the trip from Scotland, so it would be really special.

"It's really exciting to be here today to see how the stadium is developing and I think it looks like it's going to be a fantastic facility both for the athletes and the fans, so hopefully this time next year I'll have a Commonwealth medal as well."

Muir tried out the new warm-up track which has been laid adjacent to the Alexander Stadium during her visit to Birmingham, and the Scottish runner believes the improvements will help drive strong performances from all athletes at the Commonwealth Games.

"I think Birmingham's special to a lot of athletes with us having the British Championships here a lot of the time, so a lot of people have special memories here," Muir said.

"With the new stadium, track and facilities, I think it's only going to hopefully help boost performances even more, hopefully get the crowd even more interactive with the sport and being able to spectate on a much bigger level.

"It's really exciting to see the development of sport in this area, and hopefully lots of youngsters will be inspired to get involved in athletics."

Next summer sees the World Athletics Championships scheduled to take place in Oregon in the United States from July 15 to 24, with this event pushed back by a year because of the postponement of the 2020 Olympic Games in Tokyo.

That is due to be followed soon after by the Commonwealth Games from July 28 to August 8.

The European Athletics Championships also features on the calendar from August 11 to 22 in the German city of Munich, which makes for an extremely busy five weeks.

Muir is hopeful she will be able to make the most of the rare occurrence of having three high-level competitions in quick succession, and made clear that Birmingham 2022 is on her agenda.

"For the time being we're just getting back into training and getting a good winter work, but certainly I've had a thought about it [the congested schedule] and I would really love to do all three championships if I could," Muir said.

"I think it's a really unique and exciting opportunity, but the Commonwealths is definitely firmly in my plans, and hopefully I'll be able to do the Europeans afterwards.

"If I could do the Worlds, Commonwealths and hopefully Europeans, that would be fantastic."

The Alexander Stadium in the Perry Barr area of Birmingham is due to play host to the athletics events at next year's Commonwealth Games, as well as the Opening and Closing Ceremonies.