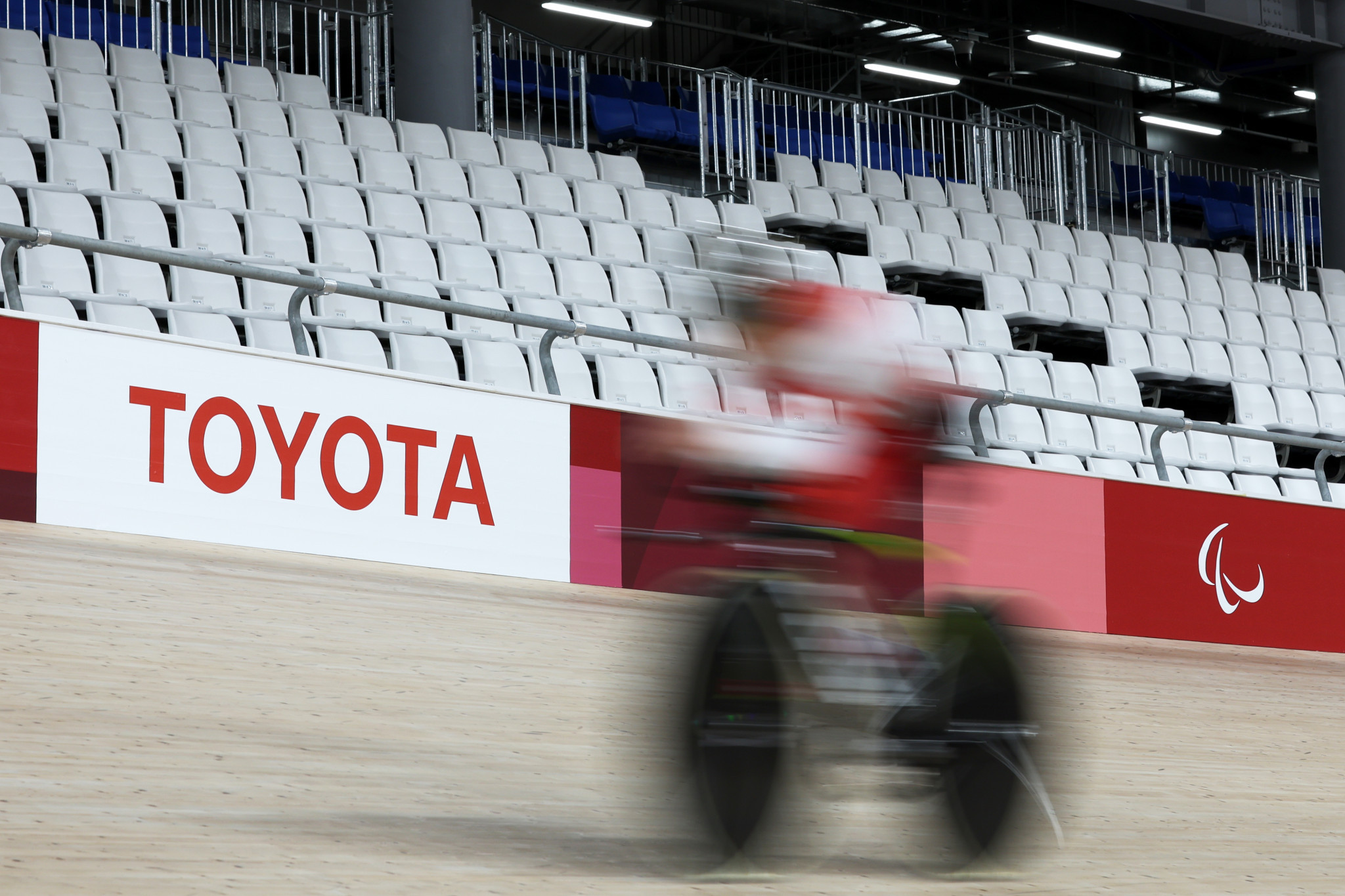 The C1, C2 and C3 world records all fell in the kilometre event, with riders’ times put through a formula to balance the efforts across the three classifications.

Li claimed the gold medal in a time of 1min 8.347sec, which lowered his own C1 world record by nearly three seconds.

The newly crowned C3 individual pursuit champion’s time was only enough for bronze after the formula was applied.

The C2 rider produced a world-record time of 35.581 in her classification.

The Netherlands’ Alyda Norbruis won silver in 36.057, while China’s Qian Wangwei broke the C1 world record to secure bronze in 38.070.

Cox produced a world-record time of 34.812 to win the third Paralympic gold of her career.

The 30-year-old will split her time between the Izu Velodrome and the Olympic Stadium at the Games, as she prepares to compete in athletics as well.

Canada's Kate O'Brien earned the silver medal ending in 35.830, while Caroline Groot of The Netherlands broke the C5 world record by clocking 35.599 to secure bronze.

Jozef Metelka underlined his status as favourite for the men’s C4 4,000m individual pursuit title as the Slovakian stormed to a world record of 4:22.772 in qualification.

His effort was nearly eight seconds quicker than Romania’s Carol-Eduard Novak in qualification.

Metelka backed up his ride by catching Novak in the gold medal ride to finish top of the podium.

Silver medallist Novak is the Romanian Minister for Youth and Sport, along with serving as president of the Romanian Cycling Federation and a member of the UCI Para-cycling Commission.

Colombia’s Diego German Duenas won the bronze-medal ride against Ireland’s Ronan Grimes, triumphing in a time of 4:35.607 compared to his rival’s 4:37.001.

France’s Dorian Foulon earned victory in the men’s C5 4,000m individual pursuit by winning the final in 4:20.757, narrowly short of his own world record.