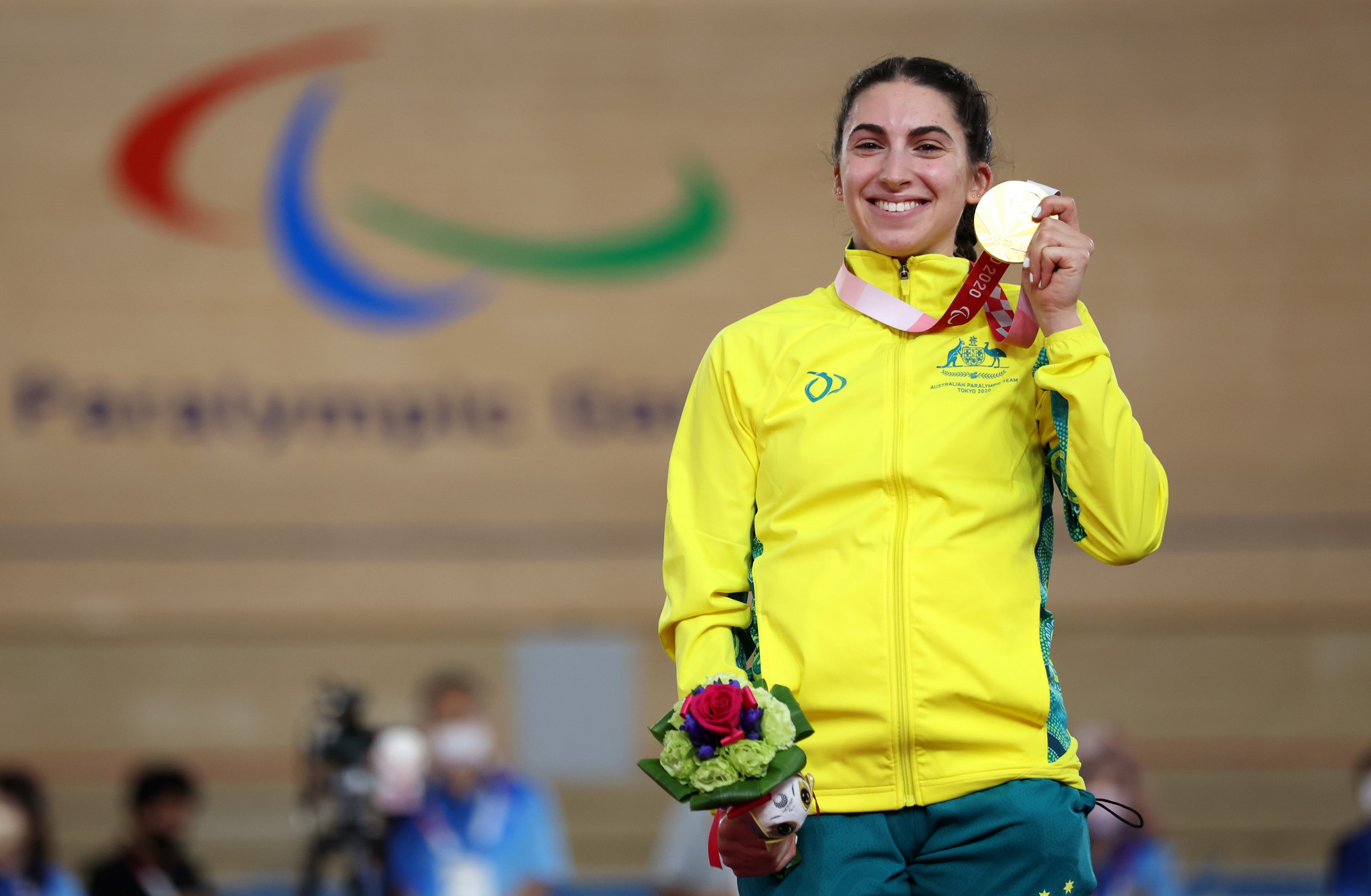 It was a sensational opening day at the Izu Velodrome with Greco winning the first of four gold medals in track cycling.

Greco proved too strong for Wang Xiaomei of China as she captured the  women's C1-3 3,000 metres individual pursuit crown in stunning style.

The 24-year-old established an early lead and continued to remain on top.

Wang tried to respond, cutting the gap slightly at the 500m mark, but Greco then found another gear.

By halfway, Greco moved 1.779sec in front of her rival and gap continued to widen in the second half of the race.

"It feels amazing, I still can’t believe it," said Greco.

"I keep looking down and seeing [the gold medal].

"It’s not really sunk in yet.

"It means so much.

"When I think about all the people that helped me get here, the staff and all my friends and family, it’s amazing.

Wang picked up silver, while Denise Schindler of Germany claimed bronze after beating Clare Brown of the United States.

The first medal of Tokyo 2020 for ParalympicsGB! #ImpossibleToIgnore #Paralympics pic.twitter.com/pE7VZvGbAq

Australia did not have to wait long before it was celebrating another gold medal.

The bronze medal went to Keely Shaw of the Canada after coming home in 3:48.342 - a second ahead of Australia’s Meg Lemon.

There was an all-British final in the women’s C5 3,000m individual pursuit as Storey came up against Crystal Lane-Wright.

Lane-Wright lost out to Storey at Rio 2016 and had to settle for silver again as her rival swept to victory.

Storey moved more than seven seconds clear by the halfway point and soon overtook Lane-Wright, winning the contest with 1,000m to spare.

It was the 43-year-old’s 15th gold of her career to move one title away from matching swimmer Mike Kenny’s haul of 16 gold medals.

Storey now moves onto the road where she will have the chance to usurp Kenny, competing in two races.

Marie Patouillet of France also secured a place on the podium after beating New Zealand’s Nicole Murray in the bronze-medal contest.

In the last final of the day at the Izu Veldrome, Tristan Bangma of The Netherlands clinched gold in the men's B 4,000m individual pursuit with victory over Britain's Stephen Bate.

Bangma, piloted by Patrick Bos, powered into the lead, opening up a gap of almost three seconds after the first 2,000m.

The Dutch rider chased down Bate, piloted by Adam Duggleby, before overhauling him with 750m remaining to clinch gold.

Marcin Polak of Poland claimed bronze after finishing in 4:07.850 to beat France’s Alexandre Lloveras of France who clocked 4:08.126.